How do you build buzz in social media? What makes social media real-life marketing events successful? It is not one thing in particular, but many things: your vision, the people you involve, and the strategies you employ. Be action-oriented and true to the principles that make social media the dynamic, global platform that it is.

This was put to the test in Miami during The Sizzling Miami Tweet-Up June 28-29 this year. Planned for months by social media consultant Ann Tran and her creative team, the event had one objective: to build awareness for the eagerly anticipated Tweet-Up in Miami. The luxurious and breathtakingly beautiful view set the stage for the gathering. 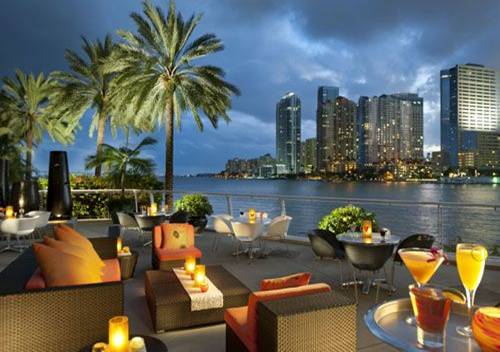 The Sizzling Miami Tweet-Up drew an eclectic mix of social media personalities, and it directed their social media focus for two full days around one predominant theme -- experiencing the culture and strengthening online relationships in an offline, relaxed setting. The event exceeded the expectations of everyone involved.

Successful as independent campaigns, tweet-ups can also be combined with broader digital strategies that build on the awareness of an event by driving traffic to an optimized website, and engaging visitors through carefully crafted calls to action.

What made The Sizzling Miami Tweet-Up a success? Here are four key takeaways, and an infographic that further illustrates the effort:

· Companies increasingly love "Tweet-Ready Marketing Events." Influential tweeters build up buzz for the event and lasting awareness for the brand that sponsors it. This has been a big trend since late 2011.

· A small but dedicated group of people can drive significant online interest and buzz. One measure is the more than 3.2 million impressions on TweetReach netted by the official event hashtag #SizzlingMiamiTweetup alone. {A sample of data within 24 hour period.}

· Video is emerging as a crucial element of social media gatherings. Though not a staple of tweet-ups in the past, video is now a necessary tool to promote the event and elevate the brand's presence in the social space and search.

· A diverse organizing team that looks and acts like social media brings tremendous benefits. Rich diversity in ethnicity, race, gender and geography significantly broaden the reach within the target audiences. 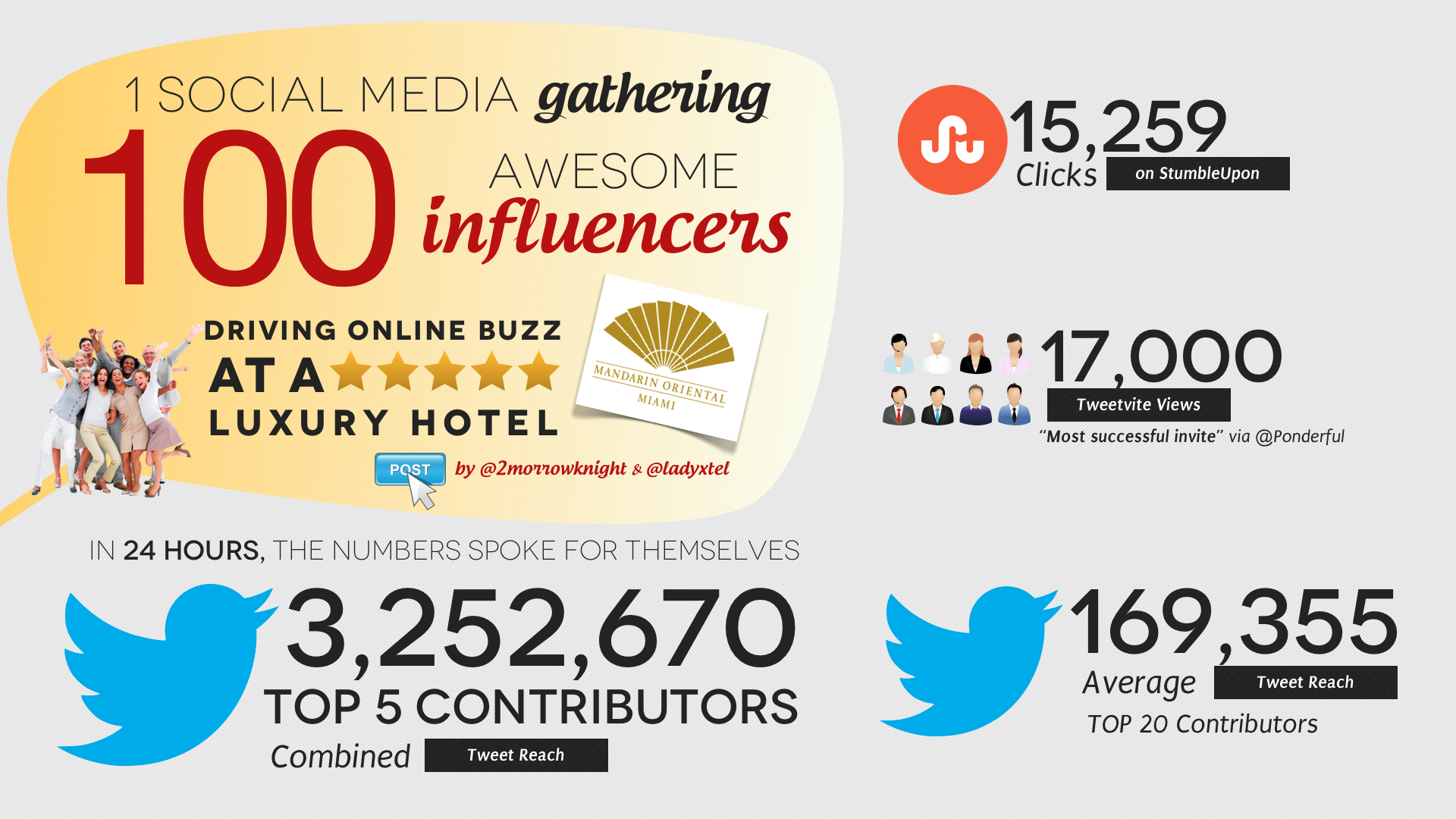