Social Security isn't dead, or even dying in spite of the prediction by the Social Security Trustees that it will no longer be able to pay full benefits by 2033. That's because it uses what are called 'intermediate' assumptions of income and tax growth that have prevailed since the huge shift in wealth upward beginning in the 1970s, depressing incomes of the middle and lower income earning brackets. 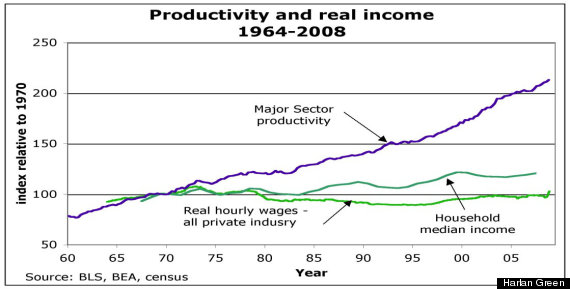 The Trustees base their projection on growth rates of population, wages and employment that comprise Gross Domestic Product, and not wanting to be overly optimistic, pick what they believe to be a medium GDP growth rate over the next 75 years in the mid-2 percent range, rather than the longer term historical rate of 3.5 percent over the past 75 years.

There are reasons for optimism, in other words, if employment and wage growth can be brought back to historical levels, instead of assuming more recent growth rates that are result of 5 recessions since 1980, which in turn were the result of experiments with so-called supply-side economics that emphasized lower tax rates for investors and and reduced government spending. This 'experiment' resulted in tremendous economic upheavals and $trillions in productive output lost. 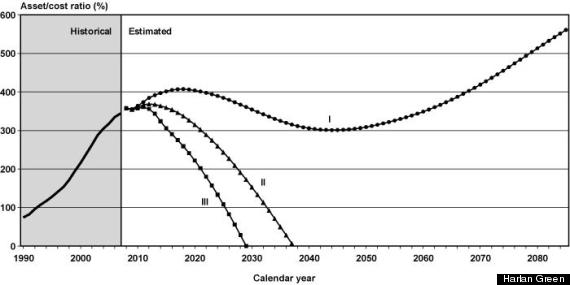 Social Security Trustees own Alternative I, the "lower cost" estimate, would in fact never run out of funds. Hence the need to focus on what creates economic growth. It's really a no-brainer. More jobs that pay a living wage for starters, which means more collective bargaining power and the strengthening of labor laws that have been weakened over the past 30 years.

There has been very little research, other than historical, on the ingredients of robust growth. But history does show that the continued transfer of wealth away from the consuming public to the wealthiest, while keeping corporate and high income tax rates as low as possible, hurts overall economic growth.

How? By the outright suppression of collective bargaining of wage and salary earners, either via such corporation backed groups as ALEC, the American Legislative Exchange Council, or Republican majorities in the right to work states that inhibit union organizing efforts, for starters. And those Republican majorities are due in part to blatant voter suppression laws in those states, again supported by the likes of ALEC.

Economists such as Thomas Piketty and Emmanuel Saez have shown that this has been going on for decades--since the 1970s, really, when high income tax brackets began to be lowered under the rationale that it would boost economic growth. But alas, the opposite has happened. We need another New Deal, in other words, to bring back the middle and lower class earning potential, real jobs paying wages real wages, in other words. Then we won't have to worry about social security, worry less about Medicare, and stop the impoverishment of the majority of Americans who actually produce the wealth that should guarantee a comfortable retirement.