Today one of the biggest trending topics in the retirement income planning space is Social Security. Over 65% of retirees received at least half of their income from Social Security in 2012. An even greater number of retirees are highly dependent on it to provide for their everyday living expenses. 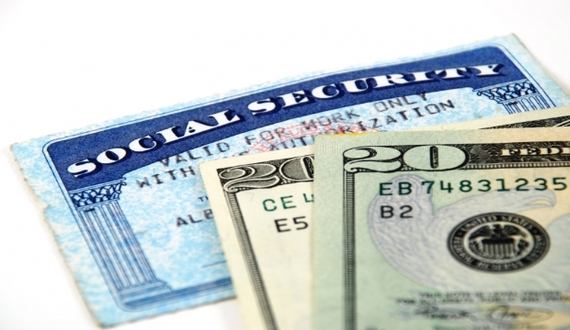 Last year alone 5.5 million people started collecting benefits according to the Social Security Administration bringing the total number of people in the system to over 63 million. As the members of the post-World War II generation reach retirement in increasing numbers, the 2014 Trustees Report projects that this number will grow more rapidly.

This demographic trend combined with longer life expectancies due to medical advances and a historically low birth rate have helped to create a perfect storm for potential future insolvency. When Social Security was established in the thirties, there were 16 people paying into the system for every person collecting benefits. Today there are less than 3 workers and by 2032 this number is expected to drop to 2. Multiply these lower numbers by the combined 12.4% in Social Security payroll taxes and you see where we are headed. In fact, in 2010 the program began paying out more than it collected through all sources and is projected to continue doing so for the next 75 years leading to insolvency in 2033. At that time, according to the Social Security Administration's own 2014 Trustee Report only 75% of program costs will be covered by incoming payroll taxes and other income.

However, let's be clear that there is no cause for fear or panic --only the realization of these facts in order to create a sound retirement income plan and strategy. As stated above, there are too many people that derive the majority of their retirement income from Social Security to allow it to fail completely. What I am saying is these benefits will have to either be reduced at some point or payroll taxes will have to rise in order to cover this shortfall. The popular school of thought is it is politically easier to reduce benefits by continuing to raise the full retirement age as was last done in 1983. This also makes sense in light of the medical advances leading to people living longer and healthier lives. The 1983 Social Security Amendments phased in a gradual increase from age 65 to age 67 for full retirement benefits. While retirees can still elect to take early benefits starting at age 62 the increase in normal retirement age results in reduced benefits if that action is taken.

Therefore, the following conclusions for proper retirement income planning need to be addressed for everyone that is likely impacted by these Social Security benefit changes:

1) Benefits are likely to be reduced in the near future through a continued rise in the full retirement age.

2) Increased life expectancies are changing the dynamics of when to take benefits and the optimal time to retire.

3) While we cannot control what is happening we can focus on our response in regards to retirement savings and proper planning.

4) Maximization strategies are more important than ever before due to this new reality.

This article addresses the first item and over the next few weeks I will address the other three conclusions to set you on your path towards retirement security. While the future of Social Security is in doubt you can be confident that it will be around for many years to come. The picture is not as bleak as some would make it. While benefits and the full retirement age are likely to change you will be armed with the necessary information to take control of your retirement years and make your golden years truly golden.

About the Author: Michael Miller is the Founder/President of Miller Premier Investment Planning, LLC. Named one of the top financial planners in the country; Michael has been featured as a financial planning resource in major media outlets. He founded Miller Premier in 2007 with the purpose of serving middle income individuals and families on a fee-only basis. His desire is to make affordable financial planning and investment management services available to the everyday investor. Michael has a very strong background in retirement and investment planning - as a financial planning manager for ICMA-RC he was responsible for over $1 billion in private client retirement accounts. He also writes a newsletter that educates workers on how to best plan and invest for their retirement. Mr. Miller is a CERTIFIED FINANCIAL PLANNER™ professional and has been a featured speaker for the Texas Association of Counties' Annual Judges and Commissioner's Conference and numerous financial planning seminars throughout the country. Follow him on Twitter @MichaelMillerCF.

More:
Money retireretireesretirement incomeSocial Security
Newsletter Sign Up
Everything you should have learned in school but didn’t
Subscribe to HuffPost’s money and living email.
Successfully Subscribed!
Realness delivered to your inbox