A new study showing that more than four in 10 older workers are employed in physically stressful occupations or work environments gives fresh ammunition to critics of raising the Social Security retirement age.

The report, “Still Working Hard: An Update On The Share Of Older Workers In Demanding Jobs,” released by the progressive think tank Center for Economic and Policy Research on Thursday, also found that workers in those jobs are disproportionately Latino, lacking a college degree and earning a low income.

The findings support many progressives’ claims that raising the Social Security retirement age would discriminate based on race and class by forcing many older workers to continue jobs that are taking a toll on their health.

"These data indicate that many workers would face serious hardship by working later into their life" if policymakers raise the Social Security retirement age, wrote the report's authors, Cherrie Bucknor and Dean Baker.

In total, 43.8 percent of workers aged 58 or older -- 10.2 million people -- worked in either physically demanding jobs or difficult working conditions in 2014, according to the report.

Older Latinos are by far the most likely to work in these demanding jobs, but African-Americans and Asians also are more likely than whites to be employed in those stressful occupations. In 2014, 60.7 percent Latinos aged 58 or older worked in jobs that fit into one of the report’s two categories, compared with 49 percent of their black peers, 48.9 percent of their Asian peers, and 41 percent of older whites.

The study defines “older” workers as those aged 58 or older, because that age neither overstates, nor understates the number of aging workers in physically demanding jobs or difficult conditions, according to Baker, who is also a co-director of the think tank.

The study uses census data and other official figures to determine if older workers are employed in at least one of two categories of “demanding jobs”: “physically demanding” jobs or “difficult working conditions,” categories originally developed by Urban Institute labor experts for a 2007 study.

“Physically demanding” jobs include everything from retail clerks and janitors who must stand and do repetitive motions for prolonged periods, to carpenters and construction workers engaged in heavy lifting. “Difficult working conditions” mean jobs that entail working in uncomfortable spaces, or being exposed to dangerous machinery, unusual temperatures, chemicals or disruptive noises.

You get into these rooms where everybody just says, ‘Everybody knows we need to work longer,’ and they all have desk jobs and you just want to shake them. Dean Baker, the Center for Economic and Policy Research

The report’s authors made clear that their analysis aims to give policymakers pause before raising Social Security’s retirement age. Americans retiring now can claim full benefits at age 66; the retirement age will be 67 for people born in 1960 or later.

Delaying retirement benefits would have effects that vary across the working population.

"People who are shorter-lived tend to make less, which means that if you raise the retirement age, low-income populations would be subsidizing the lives of higher-income people,” Maya Rockeymoore, president and chief executive of Global Policy Solutions, a public policy consultancy, told The Washington Post in 2013.

Among the Republican presidential candidates, Sen. Ted Cruz (R-Texas) has proposed raising the age further for “younger workers.” Ohio Gov. John Kasich has said it's something he would “look at.” Donald Trump, the front-runner in the GOP field, has said he “would do everything in [his] power” not to change benefits, including raising the age.

On the Democratic side, both Hillary Clinton and Sen. Bernie Sanders (I-Vt.) have vowed not to cut Social Security benefits, promising to expand them instead.

But President Barack Obama surprised many Democrats when his bipartisan fiscal commission in 2010 recommended a wide-reaching package of Social Security cuts, including raising the full retirement age to 69 and the early retirement age to 64. Obama later proposed enacting the chained consumer price index, one of the commission’s more modest benefit reductions, during failed negotiations for a “grand bargain” budget deal with Republicans.

Raising the retirement age is “one of these proposals that I would like to think is dead, but there is a lot of openness to it among policy types, including some fairly center, even left-of-center people,” Baker said. “You get into these rooms where everybody just says, ‘Everybody knows we need to work longer,’ and they all have desk jobs and you just want to shake them.”

Baker said he worried that a future President Hillary Clinton, her current assurances notwithstanding, could be tempted to adopt the policy, should she receive Republican cooperation on a major budget deal that eluded Obama.

In addition to burdening older workers in demanding jobs, a higher retirement age penalizes poorer workers who have seen a much smaller share of the gains in life expectancy in recent years -- if their longevity has not declined.

And critics note that any increase in the so-called full retirement age amounts to an across-the-board benefit reduction of nearly 7 percent per year. That’s because there is already a sliding scale of retirement ages from 62 to 70, in which workers receive roughly 7 percent smaller benefits for every year beneath the “full” age they claim benefits, and 8 percent more for every year above it.

Baker argued that the proposal would create a bureaucratic and political nightmare as every profession jockeyed to be covered by a hardship exemption. The challenges inherent in such an endeavor, he said, are exemplified by the patchwork system in Greece that made the country a laughingstock before recent reforms.

“You are opening up a hole that you do not want to deal with by having occupational carve-outs,” Baker said. 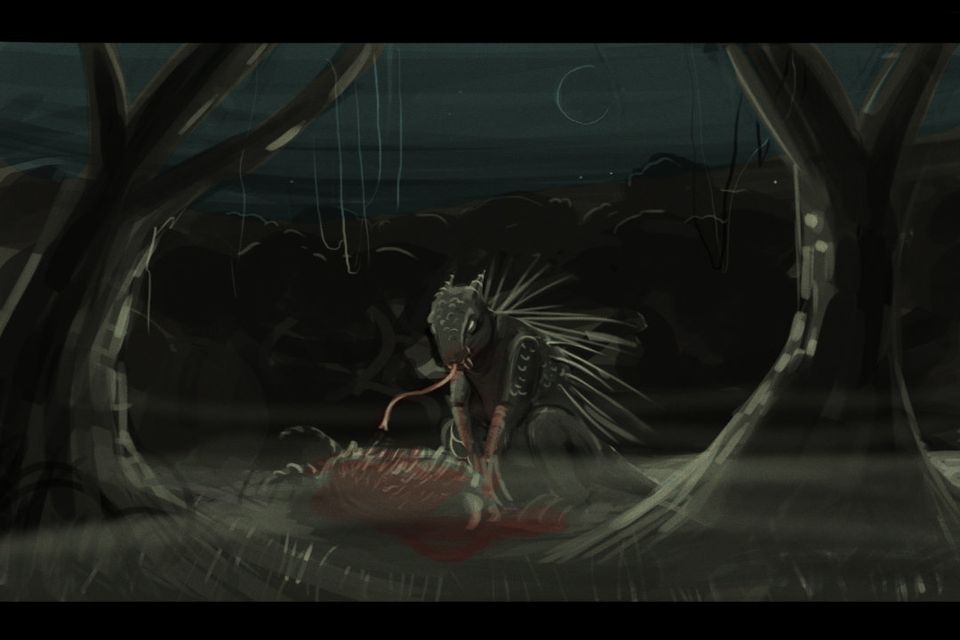 1 / 6
El Chupacabra
El Chupcabra, which literally translates to "goat sucker," is arguably the most famous&nbsp;Latino urban legend out there. That's partly due to how often people report <a href="https://www.huffpost.com/entry/chupacabra-paraguay_562eccbfe4b00aa54a4af6c9">"sightings"</a>&nbsp;of the creature all across the Western Hemisphere, <a href="http://abc7.com/archive/9490035/">including the&nbsp;southern United States.<br><br></a>El <a href="https://www.huffpost.com/topic/chupacabra">Chupacabra</a> is said to have <a href="http://www.animalplanet.com/tv-shows/lost-tapes/creatures/chupacabra-history/">both vampiric and lizard-like features.</a>&nbsp;He&nbsp;is mostly known for&nbsp;sucking the blood out of livestock, though some say he also attacks and kills small animals like dogs and cats.&nbsp;<br><br>In 2010, scientists offered a simple explanation for the legend of the Chupacabra. These mythical monsters, they said, are likely just <a href="http://news.nationalgeographic.com/news/2010/10/101028-chupacabra-evolution-halloween-science-monsters-chupacabras-picture/">coyotes suffering from severe cases of mange.</a>&nbsp;But, who knows...?
Jake Reeves