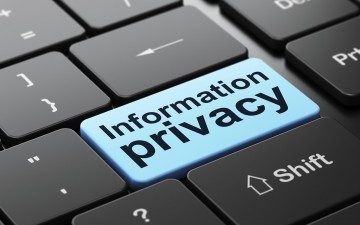 Have you seen this silliness in your timeline all week?

"Now it's official! It is published in the media. Facebook has just released this entry price: $5.99 to keep the subscription gold of your status of life "private". If you paste this message on your page, it will be offered free (I said paste, not share) if not, tomorrow all your posts can become public."

So, let me get this straight.

Some of you think that for the low price of $5.99, you can keep all of your Facebook information private.

In fact, you think it so hard that you are pasting this foolery in your statuses and questioning the intelligence of those who aren't following your lead.

I'm going to need you to log off of Facebook, find the nearest corner, face it and stay there until I send for you.

This so-called protective spell you're sharing with the world is about as real as the lyrical talent of Young Thug.

If you are that concerned about your privacy, I'll direct you to a solution that is absolutely free ninety-nine with no money down.

You can have all the privacy settings in the world, but all it takes is one spurned relative, ex or high school frenemy to take your photos, statuses or anything else they like, screenshot it, and have your behind up in the Meme Hall of Fame.

What, you thought that all these pictures of folks' babies, popped prom dresses, struggle meals and woeful diatribes against cheating spouses came from the accounts of those who MEANT for them to make it to Reddit and beyond?

Hell naw, pham. If someone wants to take something from your page, they will. They can. Wait a second. They just did while you were reading these words.

So, the counsel that I - self-appointed Night's Watch of Social Media--can offer you, is borrowed from a lesson shared from my mother. And my mom is a retired schoolteacher with 30 years in the game so she pretty much knows stuff.

Upon catching me passing notes to "little big-headed boys and scribbling critiques of other classmates to my fellow pre-pubescent crew, my mother sat me down for some real talk. She informed me that very few people could prove anything I uttered in private. Nor could they necessarily prove an action committed with an audience of one. That's a he-said/she-said situation. However, if I put it in writing or captured it on film, it was as good as a guilty plea. Just ask the former head of Sony, Amy Pascal, with her bigoted, shade-throwing self. Or anyone who was caught mucking around on Ashley Madison.

That said: If you are iffy about a photo or written statement that you want to share with your small (or large) circle of virtual friends, maybe you should find another way to convey your data.

Want to show off your bikini/Speedo-ready body during that beach vacation? Kick it old-school. Invite friends over, pour up some wine or beer and pass around a physical photo album . (I know, quaint.) Got a tirade you want to unleash at your boss for giving a co-worker credit for your Shark Tank-level idea?

Go call your close friend who knows what you did last summer and never told a soul. Vent away.

Whatever you do though, stop sharing that bogus warning/instructional nonsense on the network. It's not notifying anyone of anything but your current cluelessness. You're clogging up folks' timeline and hindering our collective ability to watch videos of DGAF cats, precocious toddlers and--above all--various individuals "killing" whatever dance is popular this week. Stop it. Thanks. -- Management