The trick to social media adoption in the world of entertainment is to move beyond the label of "social media." Imagine a computer and how, over the last five years, technology has allowed the physical understanding of a computer to disappear. People now constantly interact with some of the most advanced computing devices imaginable and they don't even realize it, thanks to Apple. My wife's mother uses an iPhone with ease, yet the idea of sitting down to use a traditional computer still presents her with a challenge -- one still wonders how someone can contract so many viruses.

"Computers have disappeared. You don't think about the fact that you're using a computer when you're on your iPhone or your Samsung," Goldstar CEO Jim McCarthy told me during a recent conversation about the future of live entertainment ahead of TEDxBroadway.

"The computer disappeared." Literally? Of course not. However, the perceived barrier computers once had to non-techies is gone. Apple's iPhone revolution popularized the once complicated piece of technology. As McCarthy pointed out, a person doesn't think about using a computer while using a computer. Social media needs to crack that nut. 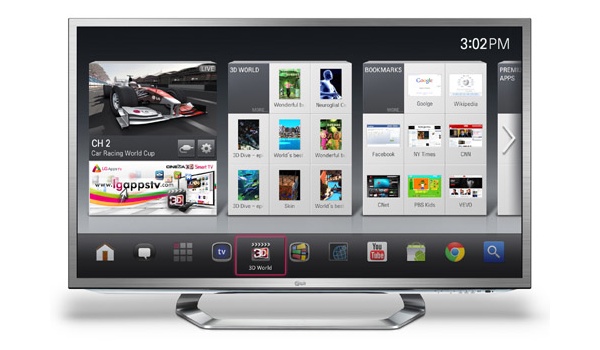 Integrating television viewing habits with social technologies is now at a point where actions such as live tweeting, hashtag engagement, and viral messaging is common practice among certain demographics. Certainly, there are exciting opportunities to further develop those basic practices; however, it's time to go one step further.

People use mobile devices in order to make their tasks more convenient. It's not the phone that creates the tasks rather the tasks already exist and the iPhone makes it easier. Otherwise, you would have to walk to a pay phone -- god forbid -- or send that tweet when you got back to your computer.

Consider mobile photo sharing. Taking photos is something people are naturally inclined to do. They take them with their phones because it's easier. Why did it take an app like Instagram to open the floodgates? It took an already commonplace action and made it easier and prettier. Now, an everyday Joe can add a filter in five seconds then spit out a prettified photo of his group of friends. Instagram is simple and integrated itself into a now commonplace action.

For one to participate in the current model of social television and music experiences, they are still forced to turn away from the screen or stage, type on an awkward device, and stare at TweetDeck for fellow hashtag users. It breaks their attention span and disrupts the entertainment experience. There has to be something better.

"Ultimately, it's just about people expressing themselves and their connections to other people, and the way that they feel like it, with as little effort as possible," said McCarthy. "Eventually it'll be so minimal, the effort, that we'll stop talking about it except that it will be happening constantly."

Great minds -- like Facebook, Graph Search and Google Glasses -- are at work developing advancements. Not only will Google Glasses turn "geeky" into chic-y for kids wearing glasses in school, it will attempt to seamlessly integrate many digital tasks into already established behavior. How will television programs integrate with social technologies that begin to blur the lines between social interaction and normal viewing habits?

Twitter's intention to create new consumer experiences is promising, but mere software or app development might not be the answer. Opening GetGlue or holding my iPhone up to a television set to let Viggle scan a sound wave disrupts the viewing experience.

CNN has just re-introduced The Ticker to the lower third of its screen, a shift brought by its new boss, Jeff Zucker. What's to stop a television set from running a social ticker? Apple's OS X Mountain Lion fully integrated social alerts into its system, no longer requiring a user to open Facebook or Twitter to see mentions or friends' posts.

Imagine turning on your television for Downton Abbey and having all of your social networks show your friends what you're watching. Think of it as Spotify for TV. Your trusted network of friends just Tweeted with a hashtag for the program you're watching? It scrolls in the social ticker. Did a scene just blow your mind? A quick click on your remote and your social feeds pinpoint the exact moment you screamed as (spoiler safe) a character died. Why should you need a laptop or iPhone at your fingertips when your television set has all of the tools built in? Want to express your outrage at The Walking Dead's latest character assassination? Tell Siri's television set cousin, Nielsen.

It's time for technology to wow us consumers again. A hashtag in the corner during Glee or awarding a GetGlue badge for watching the latest Pretty Little Liars episode -- that's just social media 101. Audiences are ready to graduate to the advanced class. They are just waiting for the proper toolset. Google TV never really took off when it was first introduced, but talk of Google stores might breathe new life into this experiment. The trick is in perfecting the user experience. You need to convince grandma that this new fangled technology isn't new fangled after all. Your move, Apple.