New York City's ban on giant sodas was struck down by a judge this week, but Mayor Michael Bloomberg vowed to appeal the ruling. Bloomberg, who pioneered the 2008 requirement that chain restaurants post calorie counts on their menus, sees the soda law as another way to help those who can't help themselves from overindulging.

"There's one public health crisis that has grown worse and worse over the years and that's obesity," he said Monday.

The obesity rate among adults in New York City is about 24 percent — up six points in the past decade but lower than the national average of about 34 percent. Meanwhile, the city's Type 2 diabetes rate outpaces the nation's, according to city data. Bloomberg has warned that people are killing themselves with sugar, which has been linked to Type 2 diabetes.

A 16-ounce Coke — the largest size allowed under Bloomberg's proposal — packs 56 grams of sugar, nearly as much as two Snickers bars. Americans drink a lot more soda than anyone else in the world, according to a 2011 Euromonitor study. We also spend about $245 billion each year treating diabetes.

Of course, many factors can contribute to diabetes and other vices may plague countries where soda isn't a multi-billion-dollar industry. But our movie-theater Coke troughs probably aren't helping anyone stay healthy. Mouse over the data points below to see how soda consumption around the world stacks up against countries' rates of obesity and Type 2 diabetes. 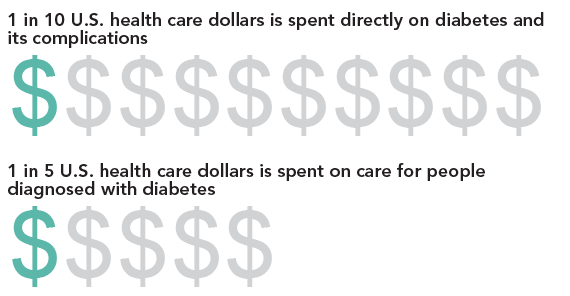 This story appears in Issue 43 of our weekly iPad magazine, Huffington, in the iTunes App store, available Friday, April 5.