Salt has long been one of the great villains of the American diet, and the rules of engagement have come down to one rather bland pronouncement: Eat less of it. This, of course, is easier said than done. On average, adults consume 3,463 milligrams of sodium per day -- 50 percent more than the recommended maximum of 2,300 milligrams for adults 50 and younger and more than twice the 1,500 milligrams suggested as the upper limit for roughly half of the adult population (including everyone over 50; all African Americans; and people with diabetes, chronic kidney disease, or hypertension). But now comes a splashy report by the Institute of Medicine (IOM), commissioned by the Centers for Disease Control and Prevention, concluding that scaling back to 1,500 milligrams may not be necessary. Is the war on salt ending? Here's what you should know.

No Need to Go So Slow
"There's no data -- none -- showing that curtailing sodium intake below 2,300 milligrams provides better health outcomes," says Brian Strom, MD, chair of the IOM's report committee. The report looked at 34 studies and four clinical trials that tracked the health of people consuming different amounts of salt over the course of up to 18 years. The conclusion: There isn't enough convincing evidence that people -- even those in high-risk groups -- who consume less than 2,300 milligrams of sodium a day have fewer heart attacks or strokes than those who consume higher amounts.

Low-Salt Diets May Even Be Harmful
Many people forget that sodium is an essential nutrient serving a multitude of functions in the body, including helping control heart rate and aiding the transmission of signals in the brain. And too little salt may pose surprising health risks. One 2011 study, which tracked 28,880 people with heart disease or diabetes, found that those who consumed less than 2,000 milligrams of sodium a day were 37 percent more likely to die of heart disease than those who consumed 4,000 to 6,000 milligrams. As sodium intake drops, blood levels of cholesterol and fat can increase, escalating cardiovascular issues.

But...What About Blood Pressure?
For years studies have repeatedly shown that a low-sodium diet can reduce blood pressure, but the IOM's findings looked beyond risk factors. "No one disputes that lowering sodium intake has a modestly positive effect on blood pressure," says Michael Alderman, MD, a professor emeritus at the Albert Einstein College of Medicine. "But that one benefit doesn't offset consequences, including increased cholesterol and insulin resistance, that can come with cutting almost all the salt from our diet."

Bottom Line: We Need a Happier Medium
The fact remains that too many Americans are consuming well above 2,300 milligrams of sodium, and the consequences can be serious: Prehypertensive people who consumed 3,600 milligrams or more per day for up to 18 months were about twice as likely to have heart attacks, strokes, or heart surgeries 15 years later than people who reduced their consumption to 2,300 milligrams, according to a study in the journal BMJ. Ultimately, everyone should meet in the middle. Most people should still cut back, says Strom, but a more realistic guideline could help us reap the health benefits that salt has to offer, too.

PHOTO GALLERY
The 7 Saltiest Foods to Stay Away From

Own OWN Healthy Mind & Body Sodium 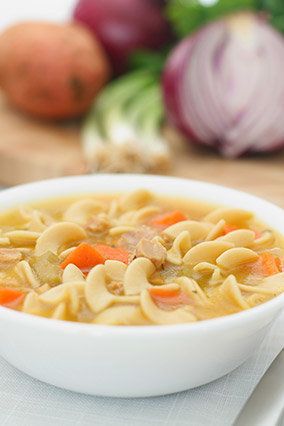