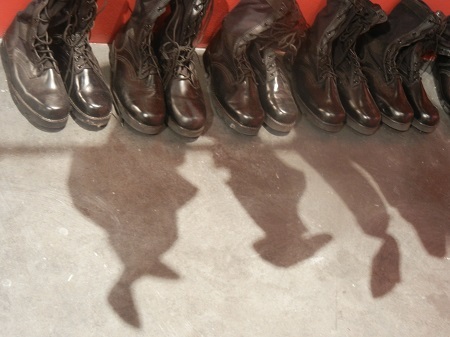 Reading the news headlines of any day is reading about struggles between chaos and control, between order and disruption. Regardless of which side one stands on any issue, there is a general acceptance that the "good" has to gain control and overpower the "bad." Social scientist and author Riane Eisler observes that we have grown into a culture that makes it "normal and expected" that some people exist to overpower others. Whether it's men over women, white over black, unions over owners or vice versa we accept that power just changes hands and causes, with some overpowering others.

But it doesn't have to be this way, Eisler says. In fact, there have been whole civilizations that were based on a model of partnership -- without some dominating others. To support the idea that neither men nor women dominated one another, Eisler cites archeological evidence from southeast Europe, especially Crete, drawing much from the research of Marija Gimbutas and James Mellaart, and also relies strongly on the history portrayed by the Ancient Greek poet Hesiod.

So why are we living in a culture of harshness and hardness, which is also making our life hard? I recall a meeting with a CEO of a French multinational corporation. He was describing the meetings of his executive team. "They are like alligators," he explained. "I watch them trying to bite each other, and my role is to monitor that the bite doesn't get too hard, and if so I intervene hitting them on the snout." Maybe in less harsh terms, we all have experienced how someone with "authority" settles a conflict by using power and hierarchy. It may seem a solution, but it rarely creates engagement, and surely leaves some of the involved parties with feelings of frustration, disempowerment, and the need or wish to get even "some day." The CEO was not happy with the way his meetings went -- he just didn't know better and in his learned leadership style, anything that was not discipline and control was unacceptable.

Most of us may have grown up in a culture that praises order and stability through power and strength. Being seen as "soft" is not good neither for a man nor for women in corporations or politics. There is clearly a cultural fear of "softness." And do you know what? I think it is a fear well-founded! Because softness achieves so much more, in an unbeatable way. Some decades ago I was running an executive search company in Buenos Aires and conducted a hiring interview with a woman applying for a management position. She was soft-spoken and I asked her how she handled situations where she didn't agree with a decision suggested by a more assertive person. "That is my current boss," she replied. "He is very bold and opinionated. I simply listen to him, and when he stops, I say 'I hear what you say, but we are not going to do it that way.' And as he starts again, I listen, and say, 'Yes, I understand. But we are not going to do it that way.' And it works." She was describing the scene with the same soft, calm voice she had throughout the interview. That conversation stood with me for years, because she had taught me that soft can trump hard. 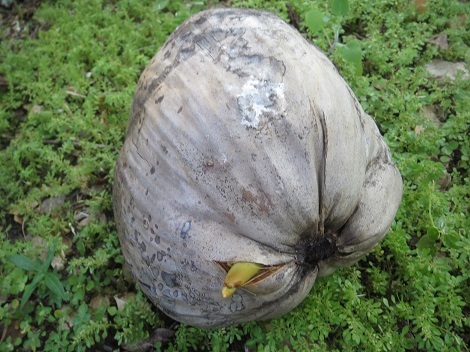 If you have ever tried to break open a coconut, you know how hard it is, and how much skill and strength it takes, together with some sharp instruments. Yet, as I observe it with the coconuts in our garden, a tender green sprout is perfectly able to break it open. Asphalt and concrete are used to endure great pressures, yet we all have seen a blade of grass finding its way through them. The water drop erodes the stone, we know that, and it has been the softness of water which has shaped our geography.

Softness doesn't destroy the other -- it makes space for both. Looking around we can discover nature's way of negotiating by inclusion. When picking up the stinging branches of the bougainvillea, if you do it with a tight grasp, you end up bleeding. If instead you touch it with extreme softness, as if carrying a feather, no harm will occur to you.

Something to try out, as we deal with our next conflict, particularly when we are tempted to show how "strong" we are.