While some engineers are busy perfecting sexting apps, others have turned their expertise to a decidedly less seductive, but more important pursuit. They're trying to figure out what to do with all our poo.

A team led by University of Colorado professor Karl Linden has made a prototype toilet capable of turning feces into a charcoal-like substance that can be used as fertilizer or fuel. The toilet, called Sol-Char Toilet, uses a combination of mirrors to concentrate sunlight onto fiberoptic cables, which heat and sterilize human waste to 600 degrees Fahrenheit and turn it into a bio-product instead of just -- well, crap.

“We are doing something that has never been done before,” Linden said on the school's website. “While the idea of concentrating solar energy is not new, transmitting it flexibly to a customizable location via fiber-optic cables is the really unique aspect of this project.”

Here's what the solar toilet looks like. (See the video at the top to watch the toilet heat up some poo.) 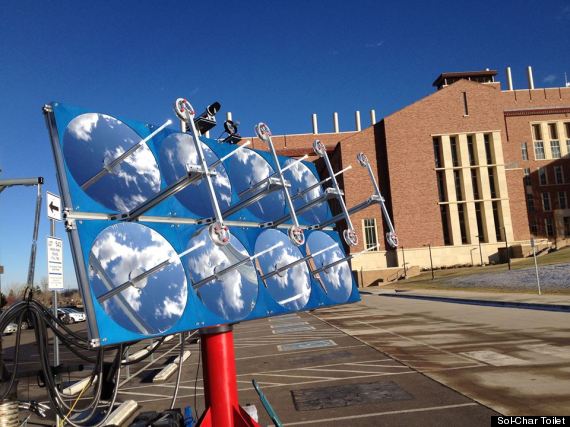 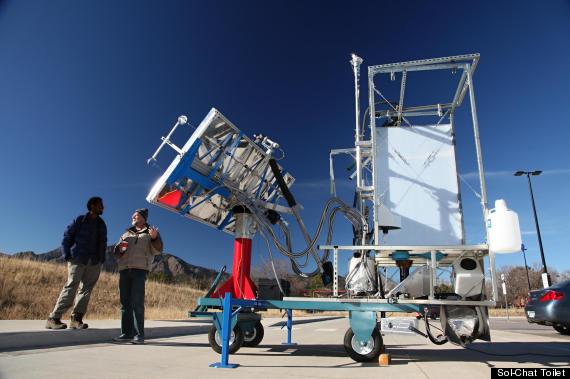 It might not sound especially glamorous, but poop is one of the world's biggest problems. Every year, poor sanitation contributes to the deaths of 1.5 million children from diarrhea, according to the Bill And Melinda Gates Foundation. Sol-Char is funded as part of the foundation's Reinvent the Toilet Challenge, which funds research to "develop waterless, hygienic toilets that do not require a sewer connection or electricity and cost less than five cents per user per day."

"I think it's hard to make sanitation as sexy as a cell phone," Linden told Vice. "But by integrating into the community and making it a hub, it can be something more popular."

The University of Colorado team plans to debut the toilet at a Gates Foundation event in New Delhi on Saturday.