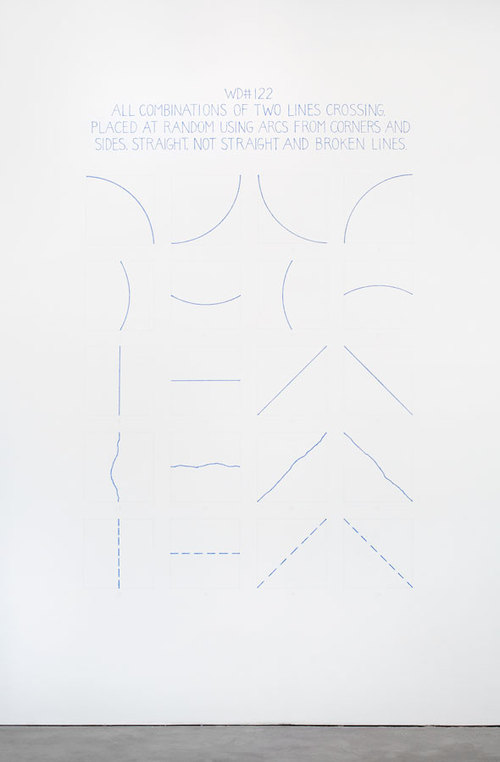 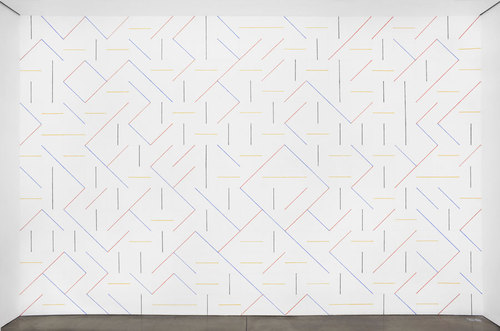 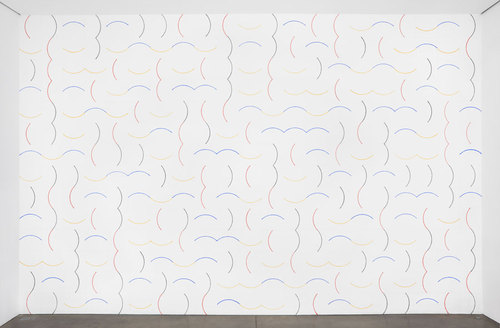 While shows such as MoMa's series "One Line" provide a survey of those artists, from Duchamp to Julie Mehretu, interested in directly addressing the most fundamental component of Modern and Contemporary Art, attention to the basis of drawing in itself is sparse. Paula Cooper's selection of three highly complex meditations on "line" remain truly immersive fostering a challenging but thoroughly worthwhile viewing expiring during which one's mind runs through the endless series of combinations and permutations set before us on expansive white walls.