We've watched the Solange-Jay Z brawl footage about a hundred times. While it's still unclear why it went down, we do know one thing -- Beyoncé's little sister sure knows how to put up a fight.

And Solange's arms and legs weren't the only arsenal she employed -- the singer's clutch also got into the action. The accessory was thrown, dropped and tugged several times throughout the 3-minute 30-second melee, a fact that wasn't overlooked by its designer Anya Hindmarch.

The British luxury accessories brand decided to capitalize on the headlining news and created a campaign for its Crisp Packet Clutch, which was tweeted out to the world on Tuesday.

The Crisp Packet Clutch: worth fighting for pic.twitter.com/ppvKkcRLmo

We definitely don't condone violence (even if it's over a fab handbag), but this might be one of the most clever, tongue-in-cheek marketing ads to come out of such an unfortunate situation.

In addition, fashion buffs should also note that Solange's shoes that evening were Stuart Weitzman's oh-so-popluar "Nudist" sandals. Miraculously, the thin-strapped heels also emerged from the heated scuffle unscathed. Talk about taking (er, giving) a lickin' and keep on tickin'!

Here's another look at Solange's super "tough" accessories. What do you think of Anya Hindmarch's "Worth fighting for" ad? 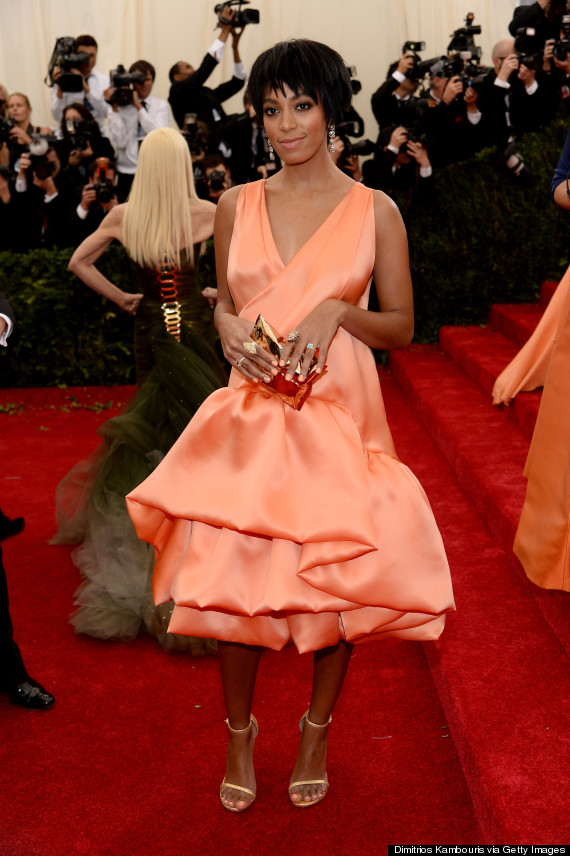