One of the truly wonderful events that occur bi-annually in this country is the Solar Decathlon (SD), an educational program of the United States Department of Energy (DOE) and organized by the National Renewable Energy Laboratory (NREL). It was first established in 2002 and in the last several years has expanded to Spain and China. Collegiate teams are challenged to design, build and operate solar-powered houses; the teams compete in the categories of affordability, consumer appeal, design excellence, energy production and maximum efficiency.

I have been so inspired by attending these events and the creativity exhibited by the teams of students who create these houses. All of the entries are unique, energy efficient, healthy, beautiful and extremely creative. I've been delighted to have the opportunity to profile several of these houses in my last three books. I'm always thrilled with the innovations exhibited as well as the new solutions the students/faculty have come up with to create better housing.

The LEAF House, profiled in Prefabulous + Sustainable: Building and Customizing an Affordable, Energy Efficient Home (Abrams, 2010) was designed and built by the students at the University of Maryland. This house was set on the National Mall in Washington, DC at the 2007 event. With just 800 square feet, this modular house is very versatile, with moveable walls to expand the central living area of the house. Other unique features are the glass spine, which floods the house with light and the double roof system encouraging air flow between the upper panels and the lower roof. The vertical garden provides not only esthetic appeal but also storm water management. 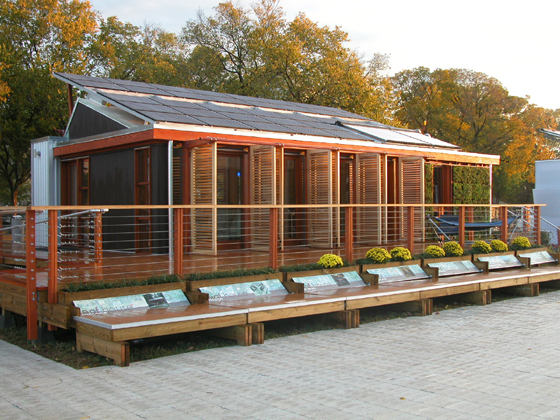 Louvers on the exterior of the house were designed to allow light to enter in the winter and be deflected in the warm months. The house currently serves as the office and meeting place for the Potomac Valley Chapter of the American Institute of Architects - where it will continue to educate and inspire. Photo courtesy of Jim Tetro. 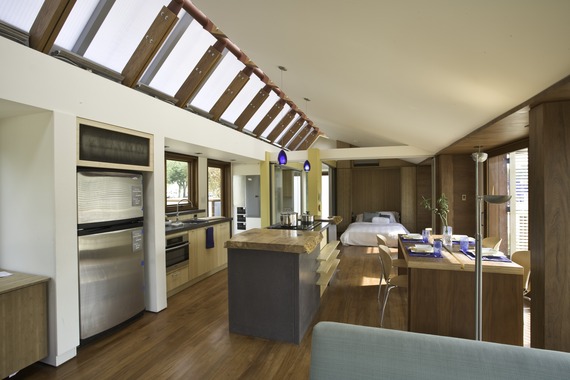 Walls on two sides of the bedroom can be closed off with translucent polycarbonate panels for privacy or opened to expand the entertaining area. The Murphy bed, as well as other furnishings in the house, can be integrated into the walls to increase available space. Photo courtesy of Jim Tetro.

The 4D Home profiled in Prefabulous + Almost Off the Grid: Your Path to Building an Energy-Independent Home was built by Team Massachusetts at the SD in Washington DC in 2011. This modular house is 946 square feet and it too has moveable walls. A central truss separates the private areas of the house from the public ones with a track for moveable walls. These walls contain large storage areas, provide a dropdown desk and create flexible spaces in this small space. The total cost for this house was estimated to be $267,000. After the event, the house was moved to central Maine to provide housing for a family. 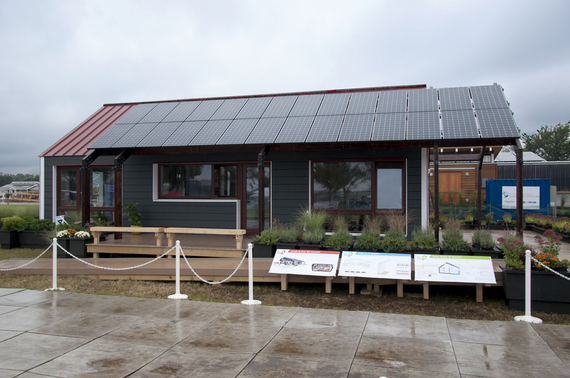 The simple gable form of the 4D House was inspired by New England Architecture. Photo courtesy of Jim Tetro. 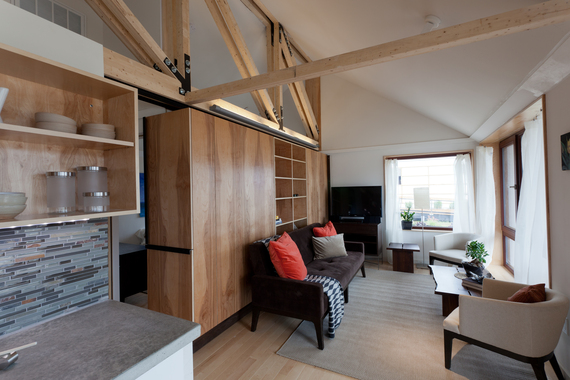 The truss contains a track, which allows the homeowner to expand the two rear bedroom spaces or the public spaces. On the rear of one of the moveable walls is a dropdown desk. Photo courtesy of Jim Tetro.

First Light, a modular house built by the students at Victoria University of Wellington was shown at the 2011 SD in Washington, DC. The design of the house comes from the classic kiwi bach (pronounced batch), a New Zealand vacation house, with a strong connection to the landscape and conducive to outdoor socializing. 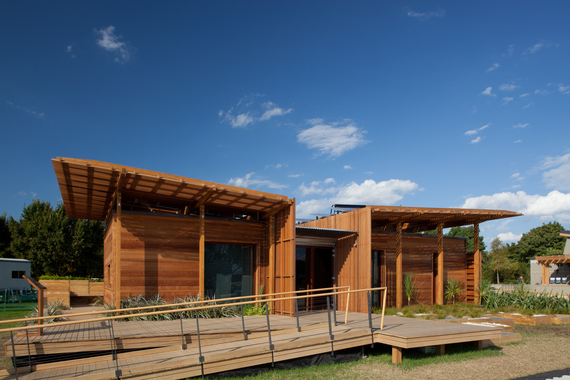 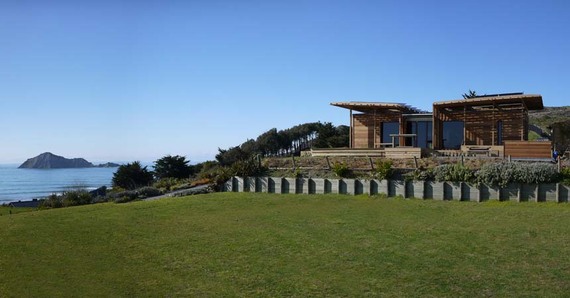 Prispa is a modular/panelized house built by the students at The Technical University of Civil Engineering of Bucharest (UTCB), University of Architecture and Urbanism in Bucharest (UAUIM), and University Politehnica of Bucharest (UPB). This was the first house built by a Romania team for the SD event, which was held in Madrid, Spain in 2012 and was profiled in the recently published Prefabulous World: Energy-Efficient and Sustainable Homes around the Globe. The name comes from the Romanian word for porch, which is "prispa." The porch functions as a bridge between the interior and exterior of the house while also blocking the hot summer sun. In the winter, the low sun can enter the house and warm the interior black tiles, which work as thermal mass, releasing the heat later in the day when it is needed. The total cost of building this house came to about $150,000. However the team has designed a more industrialized version of the house that they would sell at a vastly reduced price. The house is currently set in Luncani, Romania and creates enough energy to give back some of it to the grid. The approval for net metering was the first allowed in Romania, an achievement that can be credited to Team Prispa. 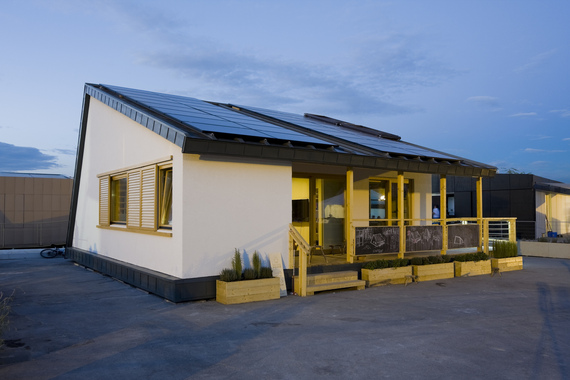 The exterior walls are covered with a special new coating that is made from a silicate material. This material helps resist the elements while also minimizing maintenance. The photo is courtesy of Santonja/CubasCubas I+D+Art Studio. 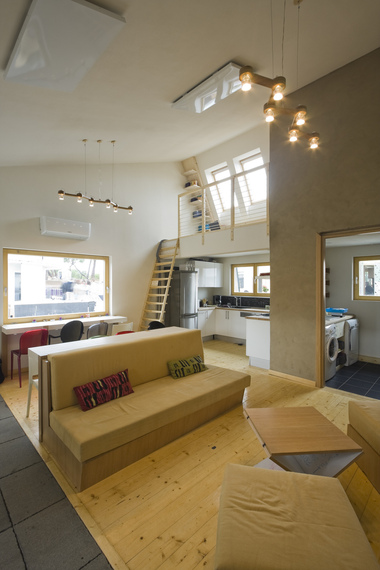 Around the periphery of the entertainment area, near the windows, stone tiles serve as thermal mass helping to heat and cool the house. The photo is courtesy of Santonja/CubasCubas I+D+Art Studio.

At the first Solar Decathlon held in China in 2013, Team Israel presented it's first house built for the event. It was designed and built by the students at Tel Aviv University, Shenkar College of Engineering and Design, Neri Bloomfield School of Design and Education, College of Management Academic Studies. The goal of the team was to "design a house that maintains the essence of an Israeli home while dramatically improving both health conditions and energy efficiency." The house incorporates passive design with lots of outdoor living space. This net-zero house was designed with a retired couple in mind, who are downsizing and as a compact, cost-effective alternative living space. 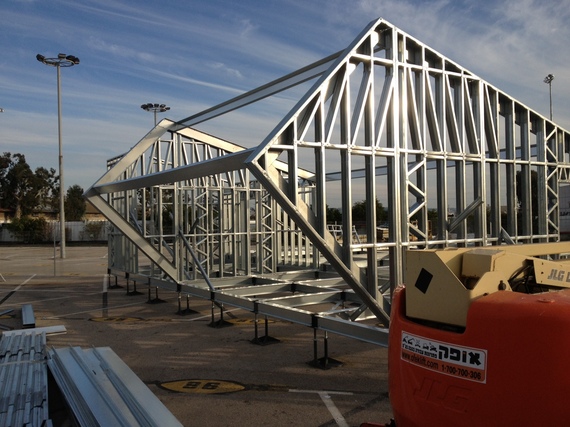 Construction of the Team Israel house was completed with a prefabricated and recyclable light steel frame and insulated panels constructed of two galvanized and pre-finished steel sheets bonded to a noncombustible mineral wool core. The house was inspired by traditional Mediterranean homes, which make use of outdoor areas; however, unlike many houses in Israel, this house was built to be highly insulated and requires minimal energy for heating and cooling. (Photo courtesy of Team Israel All [E] LAND) 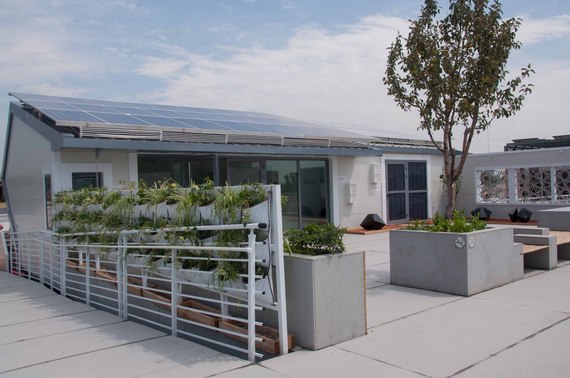 The Team Israel house has a living wall, where a variety of vegetation can be grown, while also creating a private outdoor area. (Photo courtesy of Team Israel All [E] LAND)

The Solar Decathlon was established -

To date this event has affected 17,00 collegiate participates and inspired people all over the world. Anyone who has an opportunity to visit this event should try to do so - they will not be disappointed.

The next Solar Decathlon will be held at the Orange County Great Park in Irvine, California on October 8th to the 18th, 2015. 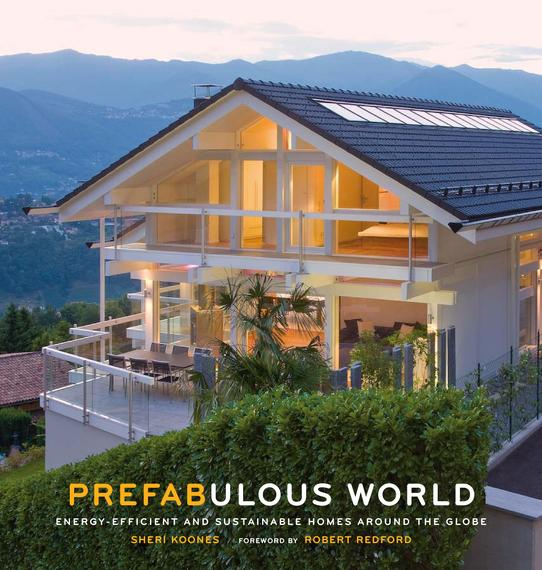 Prefabulous World: Energy-Efficient and Sustainable Homes around the Globe (Abrams, 2014) 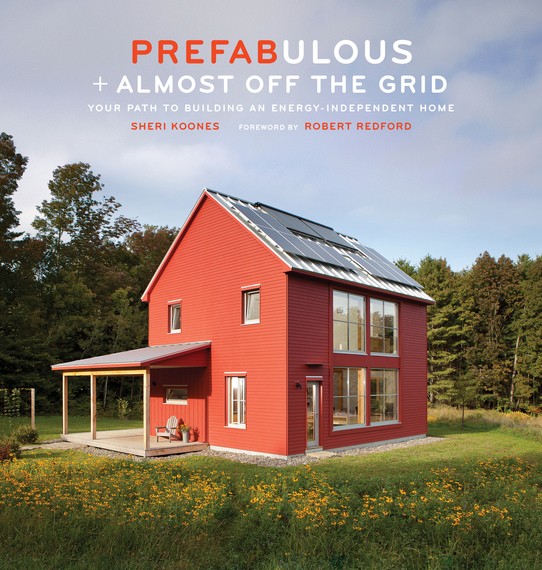 Prefabulous + Almost Off the Grid: Your Path to Building an Energy-Independent Home (Abrams, 2012) 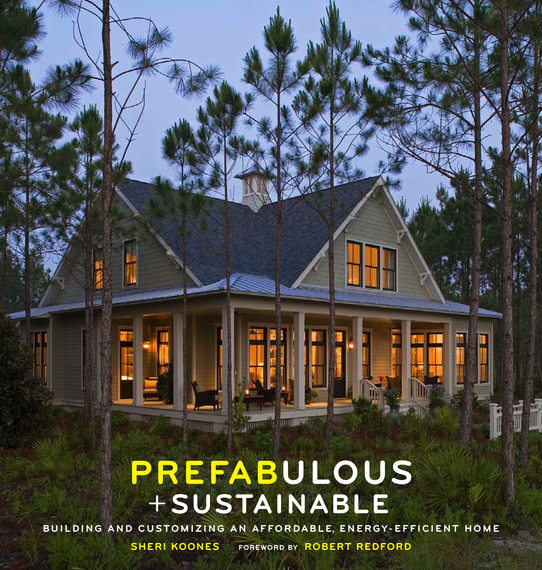