Recent research indicates that the sun has secretly been sending vitally important messages to piles of radioactive medical waste. No joke. Physics and engineering professors from Stanford and Purdue have come to believe that the Sun is tipping us off in advance as to when the next big solar blast is going to hit our planet. It turns out that certain radioactive isotopes, including manganese-54, which is used in medical diagnostics, begin to decay more slowly 24-48 hours before a flare erupts on the Sun, and therefore a good three or four days before fallout from that flare hits the Earth. And once this solar storm hits, if it's big enough, it could change life as we know it.

Just as hurricanes broadcast warnings in the form of low barometric pressure days before they begin to whip up, when these radioisotope barometers start falling, it means that a solar mega-storm is probably on its way. But how could this work? The best guess at this point is a seeming impossibility: solar neutrinos, particles that have no charge and no mass while at rest and only infinitesimal amounts even when traveling at near light speed, somehow interfere with the clockwork regularity of radioactive particle emissions 93 million miles away. Phantom zeroes a zillionth the size of the period at the end of this sentence that have never been known to influence anything are disturbing a process, radioactive decay, heretofore considered impervious and rigidly automatic. If the mystery particle is not a neutrino, then an unknown and unpredicted "message particle" must be streaming in from the Sun. Bizarre.

Whatever the mechanism, it's awfully sporting of old Sol to give us the heads-up on any solar blasts he might be sending our way. In my latest book, Solar Cataclysm: How the Sun Shaped the Past and What We Can Do to Protect Our Future (HarperOne, 2012), I examine the dangers posed to our civilization by solar EMP (electromagnetic pulse), intense bursts of plasma (essentially supercharged energy in gaseous form) that explode from the Sun. True, most solar EMP fireballs that hit the Earth bounce harmlessly off our planet's magnetic field, causing nothing more dangerous than an aurora display. Occasionally, however, our star unleashes a blast that crashes through the protective shield and hits the Earth's surface. This happened on March 13, 1989, knocking out the Hydro-Quebec utility, depriving millions of customers of power. Most service was restored within hours, although a few thousand households remained powerless for several frigid weeks. Another plasma storm hit South Africa on Halloween 2003, knocking out 14 transformers and crippling that nation's electrical infrastructure for years. Neither of these recent fireballs hold a candle to the monsters that hit in 1859 and 1921, before electrical power grids existed. The next time storms of this magnitude hit, the grid will pop like an old light bulb.

The decay that concerns us here is not just radioisotopes, but civilization. According to Severe Space Weather Events: Understanding Societal and Economic Impacts, a landmark report prepared jointly by the National Academy of Sciences and NASA in 2008, our civilization is indeed in grave danger of losing its power supply; in the U.S. alone, up to 130 million of us could be forced to go without electricity for months or years due to solar blasts. Little or no electricity would mean little or no telecommunications, water or gasoline (the pumps are electric), refrigeration, banking, emergency services, law enforcement or military security.

That's essentially the premise of Revolution, the new mega-budget NBC dramatic series produced by Hollywood mogul, J.J. Abrams. In Revolution's world, all electrical power has been lost and civilization has therefore been thrown back into a primitive, warlike, de-centralized state. To prevent this from happening in real life, the U.S. House of Representatives voted unanimously in June 2010 to take the steps necessary to protect our nation's power supply from solar EMP. Basically, the idea is to install surge suppressors to buffer the largest transformers, which are the key nodal points of the grid. But the Senate scuttled the legislation because of a jurisdictional dispute over which of its subcommittees had authority over the grid. Or was it that the utility industry deftly blunted what it saw as a regulatory power grab for its domain?

Expect more secret messages from the Sun real soon. It is entirely possible, even likely, that solar EMP-induced blackouts will recommence during the coming solar climax. This is the peak of the Sun's eleven-year cycle when EMP storms are at their most frequent and ferocious. By scientific consensus, the next solar climax is expected to begin late in 2012 and to last through much of 2013. Forewarned is not necessarily forearmed, however. Unless utility operators are willing to place enough faith in radioisotope decay data to shut down major portions of the power grid preemptively, the warnings will fall on deaf ears. To be fair, it is a lot to ask a utility operator to cut off power to its customers based on an arcane, inexplicable process. Electricity suppliers risk a major loss of income and as well as a welter of lawsuits, particularly if the predicted threat never materializes. Of course, the game changes dramatically once the utility industry ignores a prediction based on the behavior of those rogue neutrinos/message particles, and then suffers a big, grid-paralyzing solar blast.

What other kinds of messages could Sol be sending us? A burgeoning body of evidence suggests that some are received directly by the brain, influencing thoughts and moods in ways we never imagined. That's the subject of my next blog, which will appear here very soon, grid willing. 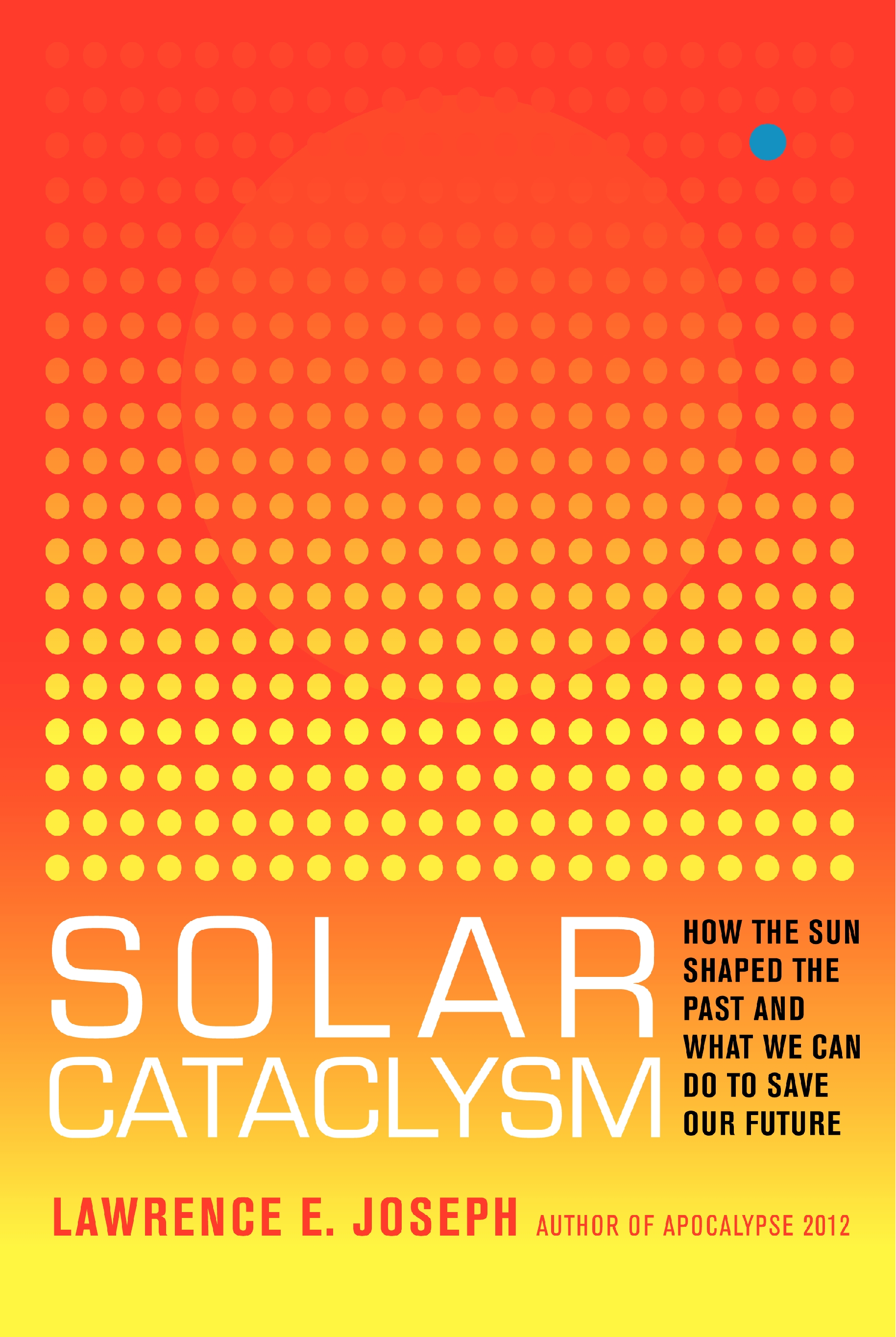 Author, 'Solar Cataclysm: How the Sun Shaped the Past and What We Can Do to Protect Our Future'