A solar-powered, single-pilot airplane just made aviation (and renewable energy) history, completing the 4,000-mile journey from Japan to Hawaii without stops or fossil fuel. The plane landed Friday morning at Kalaeloa Airport on the island of Oahu.

HE MADE IT! @andreborschberg just touched down in #Hawaii after a record-breaking flight! #futureisclean @b... https://t.co/WQWsRKiCEi

The trip from Japan to Hawaii was the longest leg in the Solar Impulse 2's ongoing trip around the world. The plane took off from Japan on Sunday afternoon, after its team determined that the weather would permit a safe passage. The crew had made a previous attempt to fly to Hawaii in late May, but that effort was aborted mid-flight due to precarious weather.

The aircraft has a maximum speed of 90 mph and only averaged around 40 mph during the flight, which means the journey took a daunting 117 hours and 52 seconds -- or nearly five days. The pilot for this leg of the flight, André Borschberg, got his sleep in 20-minute naps.

"This oceanic flight to Hawaii demonstrates that if technological solutions exist to fly a plane day and night without fuel, then there is potential for these same efficient technologies to be used in our daily lives, and to achieve energy savings to reduce CO2 emissions," Bertrand Piccard, co-founder of Solar Impulse, said in a statement Friday.

The experimental plane is made mostly of carbon fiber. It has 17,248 solar cells on the wings that recharge four lithium polymer batteries, allowing it to fly at night. It is extremely light at 5,070 pounds and has an impressive 236-foot wingspan, which generates enough lift to maintain flight over long periods of time.

The plane has five more legs to fly in its groundbreaking journey around the world. Onward to Phoenix!

The adventure of the 21st century consists in using the pioneering spirit to develop a better quality of life pic.twitter.com/DnSoz1CyLg 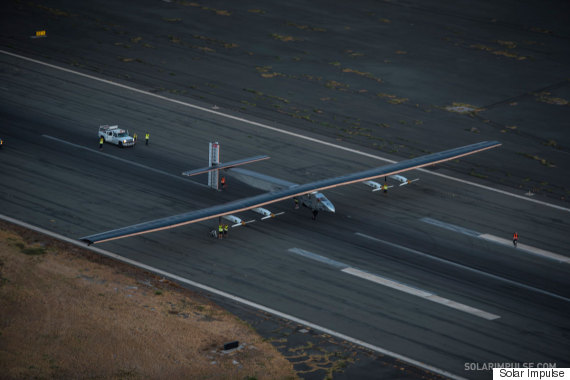 First meal on the ground in 5 days for @andreborschberg! Looks like someone is happy! pic.twitter.com/LqHoeHpVXC 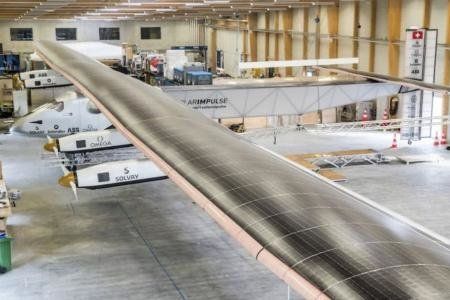