When Dan Urman stepped onto the ice at an Arizona Coyotes NHL game over the weekend, he was promptly tackled to the ground.

But this was no hockey move.

Urman is a sergeant in the U.S. Army who has been stationed in Afghanistan. On Saturday, he surprised his parents, Eitan and Ronit Urman, during the ceremonial puck drop before the start of a game between the Coyotes and the Anaheim Ducks.

When Urman stepped onto the ice, his shocked father enveloped him in a big bear hug. The force of the dad's embrace was so intense that the pair toppled to the ice.

The thrilled papa’s expression says it all. 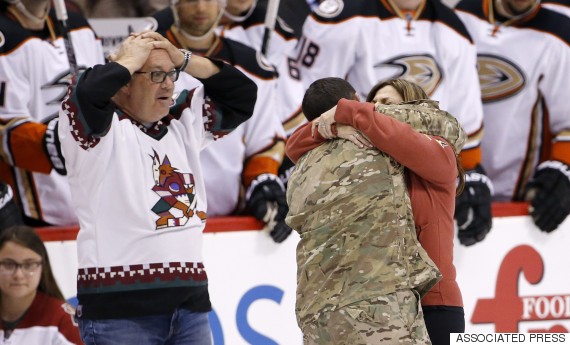