He's photographed Daniel Craig, supermodels and AK-47-wielding, crack-crazed Sierra Leonean rebels. He's created poster campaigns for King Kong, Casino Royale and over 150 other major films. He's published five photography books, pioneered the production of "Motos" (moving photos) and, in directing the award-winning short Sgt. Slaughter: My Big Brother, he oversaw the filming of Tom Hardy's penis. It appears fabulously, radiantly, red-and-goldly lit against sun-struck snowdrifts through mullioned glass. As does the rest of Hardy, but you know how it goes. 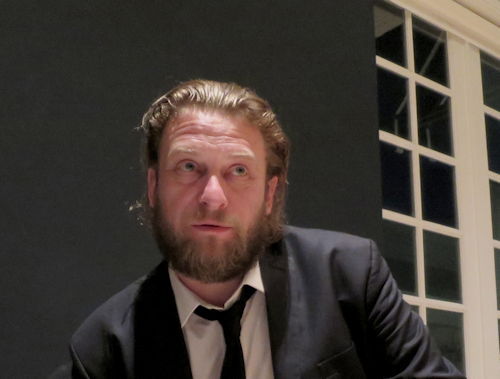 Greg Williams, who has done all of the above and more, has wielded cameras in far more disparate circumstances than most photographers ever will. We met last week at the retro-riffic Parker Palm Springs, surrounded by a stunning series of images that Williams created featuring supermodel Daisy Lowe amidst the sandy expanses and dreamlike architecture of the Coachella Valley. 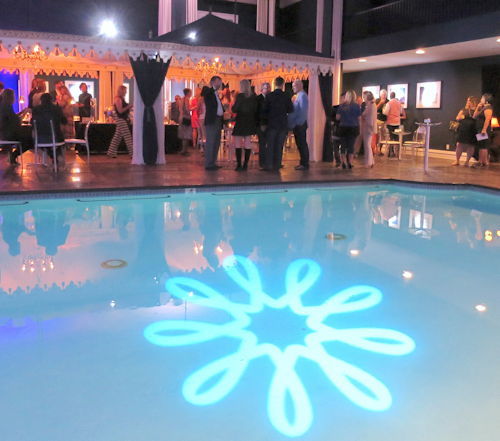 That arid wonderland's sapphire-skied serenity contrasts sharply with war-torn Sierra Leone and Chechnya, where Williams worked during the mid-1990s as a photojournalist.

Active war zones "aren't places for anyone who isn't trained as a soldier," Williams insisted. "I had no such training and no insurance. A lot of photojournalists say they feel somehow protected when they're working in dangerous places, as if they're existing inside some kind of invisible bubble. But I've never felt protected in that way: Wherever I've gone, I've always been very able to picture my death."

That was intensely true during his time in Sierra Leone, where "nearly any soldier who got even a fair distance away from his regiment became a rebel. Given the huge amount of poverty, drugs and alcohol in that situation, all discipline went right out the window. It was a state of anarchy.

"It sounds strange to talk about an entire army of soldiers on crack cocaine, but that's what we saw."

Seguéing from war photography into fashion and celebrity photography gave Williams a philosophical perspective that has played into his resounding success.

"Becoming a successful photographer of any kind means having a point of view" about whatever you're photographing, Williams explained.

"Anyone would, if they really thought it through. Waking up at dawn, working twelve-hour days -- actors and models are just people doing their jobs. But they have a unique situation, because they have to spend a lot of time dealing with people who don't understand this basic fact about them, and thus don't understand them."

"I call it selling out, but I'm not remotely ashamed of it. I love what I do."

He also loves the searing Southern California desert, which he'd never visited before the Greater Palm Springs Convention and Visitors Bureau invited him to document its grandeur, granting him free rein.

"I loved it: the light, the architecture, the San Andreas Fault. After all, I grew up with U2's Joshua Tree."

A short film was shown that night at the Parker Palm Springs which documented his three-day desert photo expedition with Lowe. Here's one scene from that film, taken from within the viewing crowd: 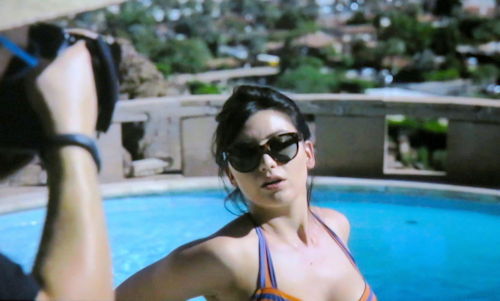 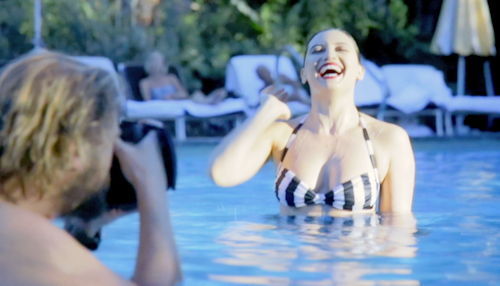 But through all of his comparatively glamorous gigs, Williams' war-zone days haunted and harried him.

"I only recently found out for sure that I got PTSD when I was 23, in 1995, from my experiences as a photojournalist in Sierra Leone.

He got more than that.

The fear, panic and emotional pain -- "it's still there," Williams said with a serious gaze.

In Africa, "I had several very-very-near-death experiences. Many times, I ran for my life.

"At the time, I thought that was kind of a good thing, because I was a photojournalist."

But those experiences had lasting, and life-wringing, effects.

"Yes, it's true that my experiences were terribly mild, compared with those of so many other people," Williams mused. "But the thing about PTSD is that it's not about comparing yourself to others" -- nor assessing whose suffering does and doesn't "count" as traumatic.

Rather, he avowed, it's about acknowledging your own trauma "and getting the support you need."

For many years after returning to England from Africa, "I'd be sitting at pubs, anxiously waiting for violent fights to break out" -- having become keenly attuned to seeing sudden, sometimes lethal violence erupt overseas.

"Three hours before a fight would start, I'd be all on edge, waiting for it to start. When you live like that, you can't have a peaceful night out; you can't just go and have fun with your mates." 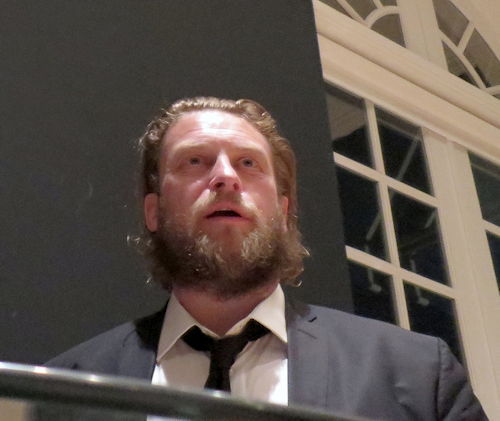 Thinking about war-related PTSD spurred Williams to conceptualize then direct his 2011 short film Sgt. Slaughter: My Big Brother, then a full-length film: Samarkand, now in development via Solar Pictures. Also starring Hardy, featuring a script co-written by Williams and his brother Olly Williams, it's about a British Special Air Services soldier returning in 2006 from combat operations in the Middle East.

"How Special Forces soldiers deal with their PTSD is generally by not dealing with it," Williams told me, "because ... in the Special Forces, if you reveal that you're struggling with PTSD, your gun's taken away from you, which can make a soldier feel like a failure, like he isn't the one thing he wants to be, which is a good soldier.

"In the Special Forces, the general attitude is: We shrug everything off, because we're so well-trained. You might ask these men, 'What about that soldier who killed himself?' and they'll say, 'Oh, him -- well, he went mad. Or he was on drugs.'

"Well, yes. But something happened to that guy between joining the army and going mad or being on drugs.

"If you don't treat PTSD, it can get worse."

Samarkand, Williams said, "is a film about a man falling down."

Working as a director is, in a sense, coming full-circle "because all my life I've learned from cinematographers.

"For example, I like to use a kind of haze that makes light look heavy and deliberate, so that you 'see the light.' I learned that and so many other techniques from cinematographers.

"Photojournalists tend not to think very hard about where light is coming from and why. They don't usually have time to think about such things. But cinematographers have to think about it."

He said this as the huge Coachella Valley sky slipped from soft-denim dusk to diamond-studded indigo. Light never sleeps.