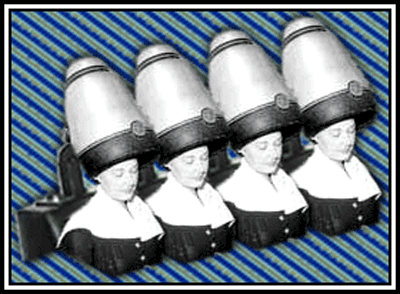 The solidarity we once called sisterhood is, sadly, out of style.

Words that may once have inspired women to stand proudly and powerfully together came out sounding painfully strident and effusively ineffective when voiced by Madeline Albright during a campaign speech for Hillary Clinton, and I realized that the unassailable tenet upon which my generation's feminism was built -- that women believe in and support other women across the board with no exceptions, no matter what -- is no longer a valid strategy, especially when running for president.

To make matters worse, Gloria Steinem alienated young female voters when she suggested they weren't bright enough to think for themselves and instead just followed the boys who are following Sanders. Young women, understandably, turned away.

The fact that both Albright and Steinem had to backtrack and apologize for their divisive remarks suggests that, no matter how wise and once revered, these women and their values no longer hold sway. What's even worse, they may thwart the chances of a highly qualified woman to become president.

With two revealing campaign sound bytes, gender and generational divides have grown enormous. Ever since, I have been feeling like an old feminist trying to come to a brand new understanding about why so many -- but especially young women -- think my generation's feminism has no relevance, not just in the presidential campaign, but in their lives.

I get that young women today prize their freedom to align themselves with whomever and whatever they believe, and that they value this freedom much too much to adorn themselves with the cookie-cutter values espoused by their mothers and grandmothers.

It doesn't bother me that few among the younger generation acknowledge what seems to me a direct link from their present-day freedom back to our struggles. The battles we fought are not the challenges young women face today. In the seventies, solidarity was more a survival strategy than a lifestyle choice or rhetorical style. Feminism was a cure for the sexism that plagued us; the most direct path to liberation was to work collectively and stalwartly, to declare sisterhood as powerful and use it to our every advantage.

Perhaps seen from today's youthful vantage point, the problem of women standing with women means by default you are defining those you are standing against. Can women today afford to offend and alienate everyone else on such a grand and unforgiving scale?

In politics, the answer is no. Every single vote needs to be wooed and won. "Vagina voting," whether pro or con, is a lose-lose strategy simply because voters are being defined by their genitalia.

But soon the campaigns will be over and the flawed rhetoric will cease. Whether or not we elect our first female president, the issues raised during her campaign will leave us wondering if there is anything left to admire -- or to apply -- about old-school feminism.

"Sisterhood is as powerful as we make it." I used to hear these words over and over, repeated as a life-affirming mantra, delivered as a challenge in the harsh light of day, whispered as a sweet blessing before going to sleep each night.

The feminist message is still valid, but its delivery sorely needs re-tuning.

Women of a certain age need to express female solidarity in ways that bring us closer rather than create further divisions; that's the best way, perhaps, to demonstrate the enduring power of our sisterhood.