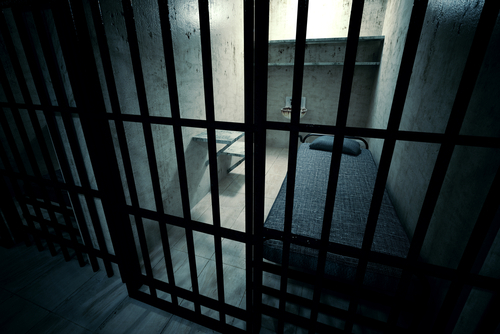 Each day I read USA Today not because I necessarily need to know the news (I'm a federal prisoner, after all), but because it is a habit drilled into my head from the time that I've spent in solitary confinement. Those days were long and painful, and one of the only solstice I had was something coming in the mail each day to keep my mind occupied. To me, my daily USA Today subscription, and the monthly Prison Legal News for that matter, were my lifelines. They helped me to make it through those five months in the Federal Correctional Institution Petersburg Medium Special Housing Unit; time spent segregated due to my prison education and prisoners' rights advocacy writings.

When I picked up the paper yesterday I was confronted with Kevin Johnson's story "More than a Decade they all come back. The story told brought me right back to those five fateful months in 2012. Johnson tells the story of USA Today tracking nine prisoners released directly from solitary confinement to the street on November 15, 2002. All returned to prison, some more than once. This I find unsurprising in the least.

While I can't speak to other prison system's policies and procedures, my primary experience is with the Federal Bureau of Prisons (BOP). In the BOP, prisoners are most often locked in segregation (called the "Special Housing Unit") for more severe offenses. These regularly include assault, fighting, drinking alcohol, using drugs, or even being caught having sex. But so too are those locked up who are caught for lesser offenses, such as being caught not at work, at school, or in someone else's housing unit, conducting a business, or even insolence to a staff member. And for those who require protection, protective custody is, as you can probably guess where this is heading, a solitary confinement cell.

The figures are not pretty. According to a joint Yale Law School and Association of State Correctional Administrators (ASCA) report, upwards of 100,000 U.S. prisoners are held in restrictive housing. This figure only includes regular, adult prisons, not jails, juvenile lockups, or military prisons. In Texas this equates to around 5,600 prisoners, while New York boasts 4,000 prisoners. These are much higher numbers than from a decade ago, when the U.S. was estimated to have, depending on the source relied upon, 25,000 to 80,000 prisoners in restricted confinement. The problem is that there is no one single reporting method or even definition, for that matter, for what constitutes "restricted confinement", "solitary confinement", or "isolation" as every state and prison system has their own policies and manner of quantifying prisoner housing.

What is worse than the figures, though, are the damages inflicted upon those who have served long periods in isolation. Johnson uses terms such as "sensory paralysis", "perpetual state of vertigo", "depression", and worse. Supreme Court Justice Anthony Kennedy went perhaps further, stating, "[s]olitary confinement literally drives men mad." In another case he asserted, "[r]esearch still confirms what this court suggested over a century ago: Years on end of near-total isolation exact a terrible price." This is no surprise to those of us who have been subjected to such confinement.

In my own experience, which pales in comparison to some others, I found myself released from the hole on a Tuesday afternoon. That was my commissary shopping day, and after being housed in isolation for five months due to my writing activities, I really needed to restock my locker. So, I made my way down to the commissary. Once inside I was mentally assaulted by the large group of people; a group larger, louder, and in closer proximity than I had experienced in five months. As my heart started to race I realized that it was a panic attack coming on, something I had never experienced before. As my heart continued to slam into my chest, my breathing quickened, and a cold sweat started to coat my body, I realized what was going on. Thus I grasped a railing, closed my eyes, and tried to calm my mind. While I was able to pull myself back from the brink, this was something new; something unpleasantly different. I had changed, and not for the better. And this is to say nothing of the seemingly endless anger and frustration that I have felt following the experience.

Looking into the future of American corrections, I present a question to both myself and others: If not solitary confinement, then what? For the most part there is no good answer in the current model of coercive rule. But like with wayward children, what prisoners need is to come to the understanding that doing the right things are really in their best interest. This can only come with treating prisoners as people (along with treatment and education), not animals that other people should have the right to cage in small holding pens for 23- to 24-hours a day, as prison officials do every day across the country in the guise of keeping America safe.

I for one want my future neighbor to hold a steady job and turn his or her life away from that of crime, not come out snarling like a beast, ready to fight for his or her food.