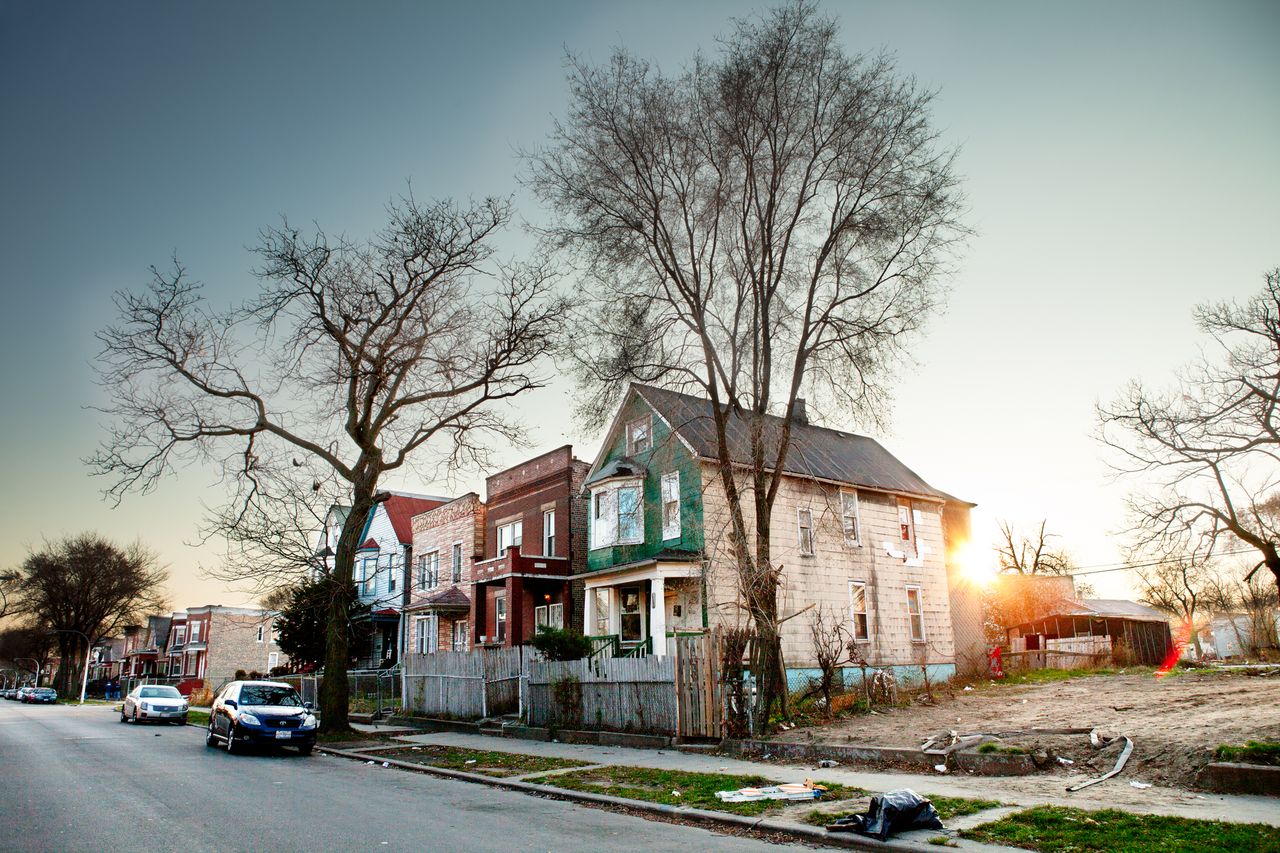 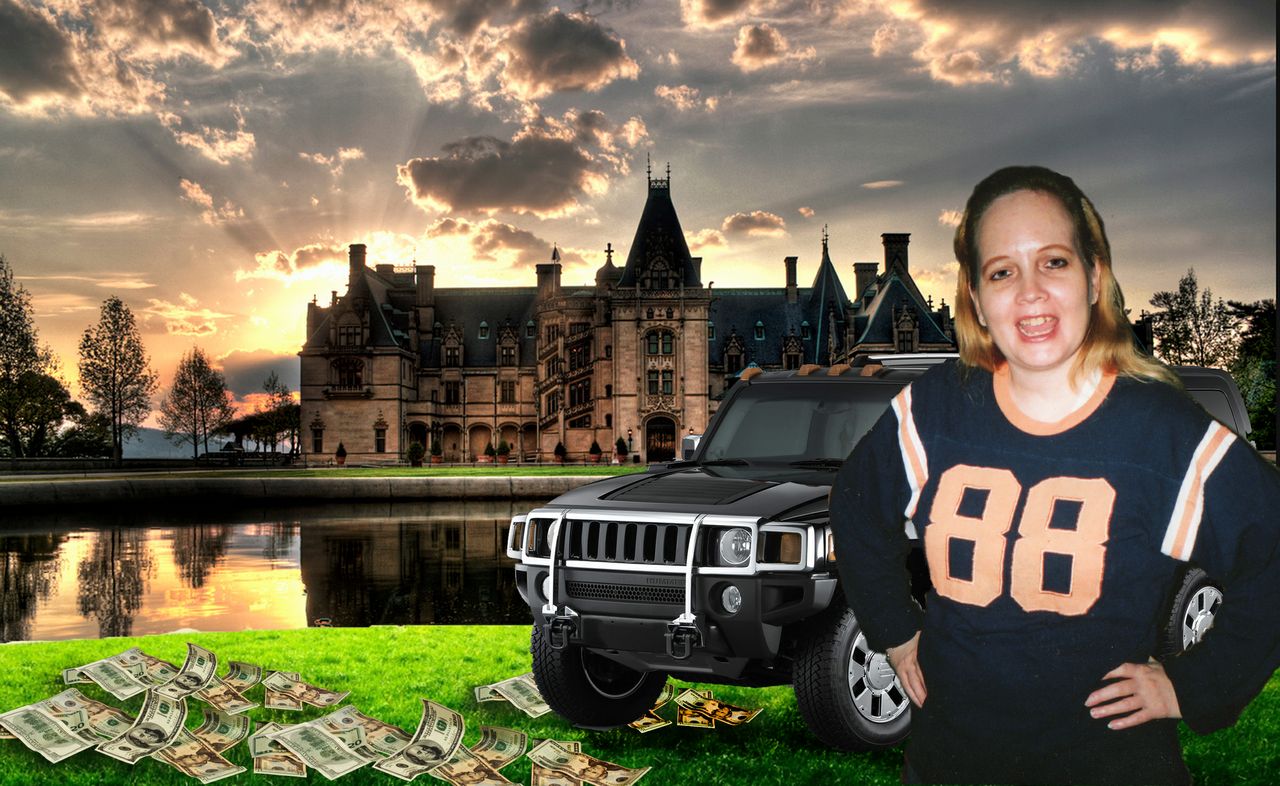 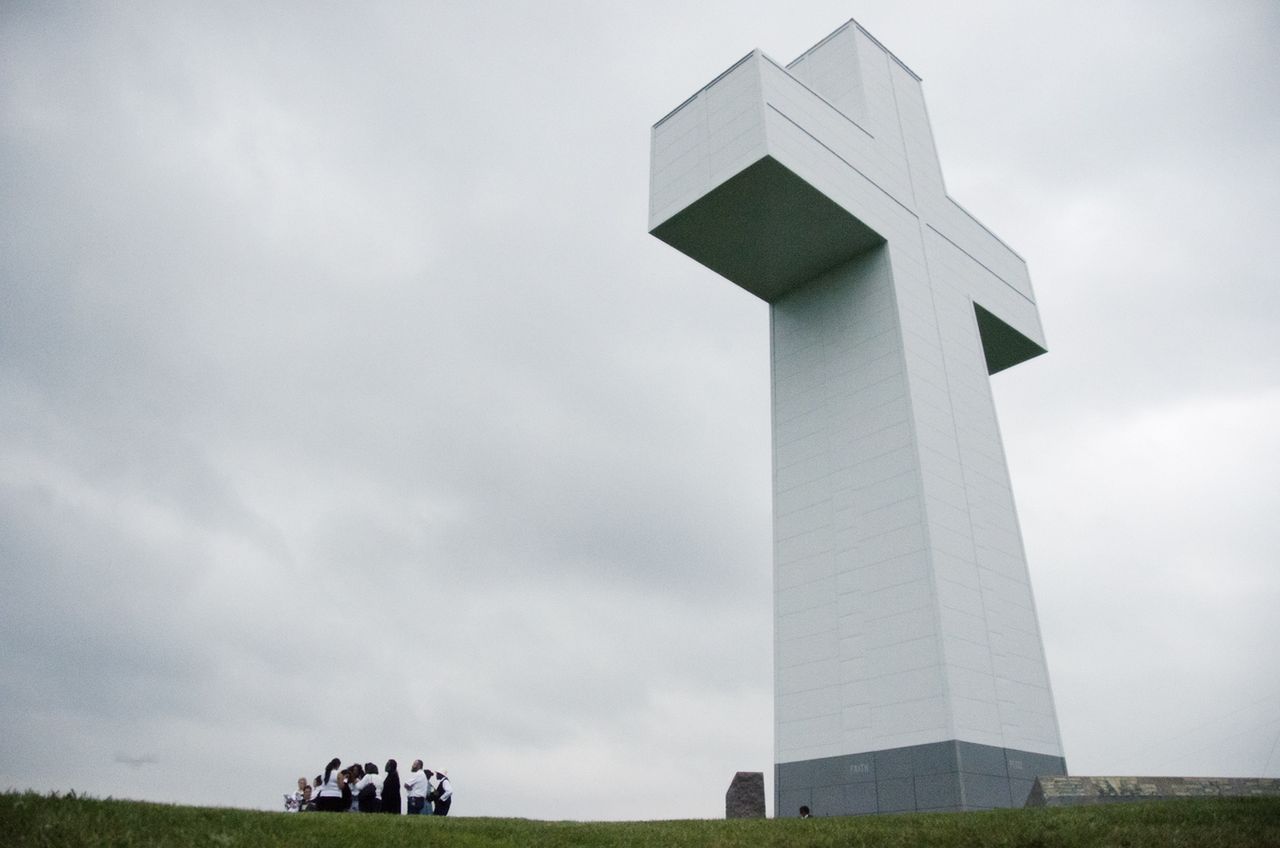 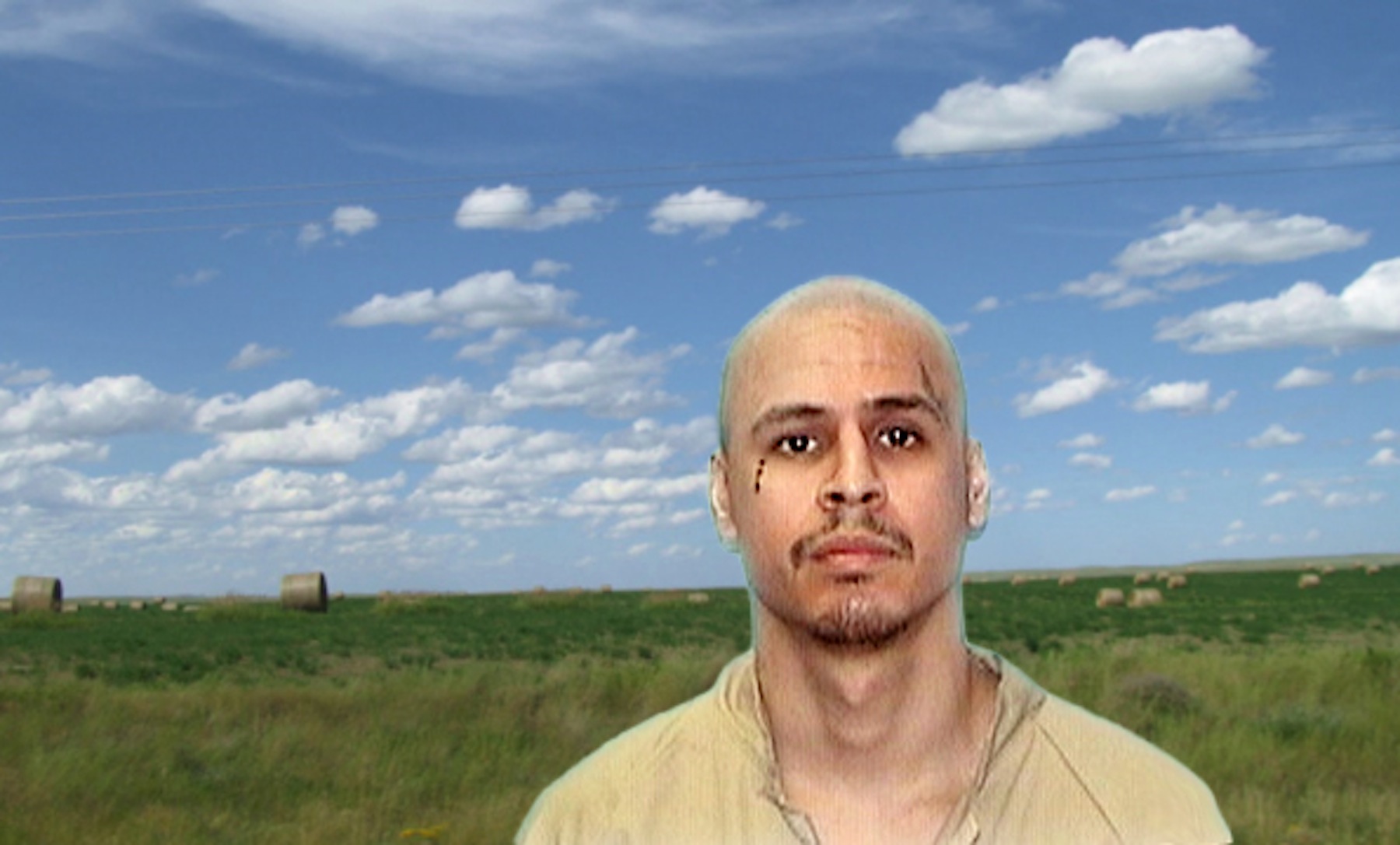 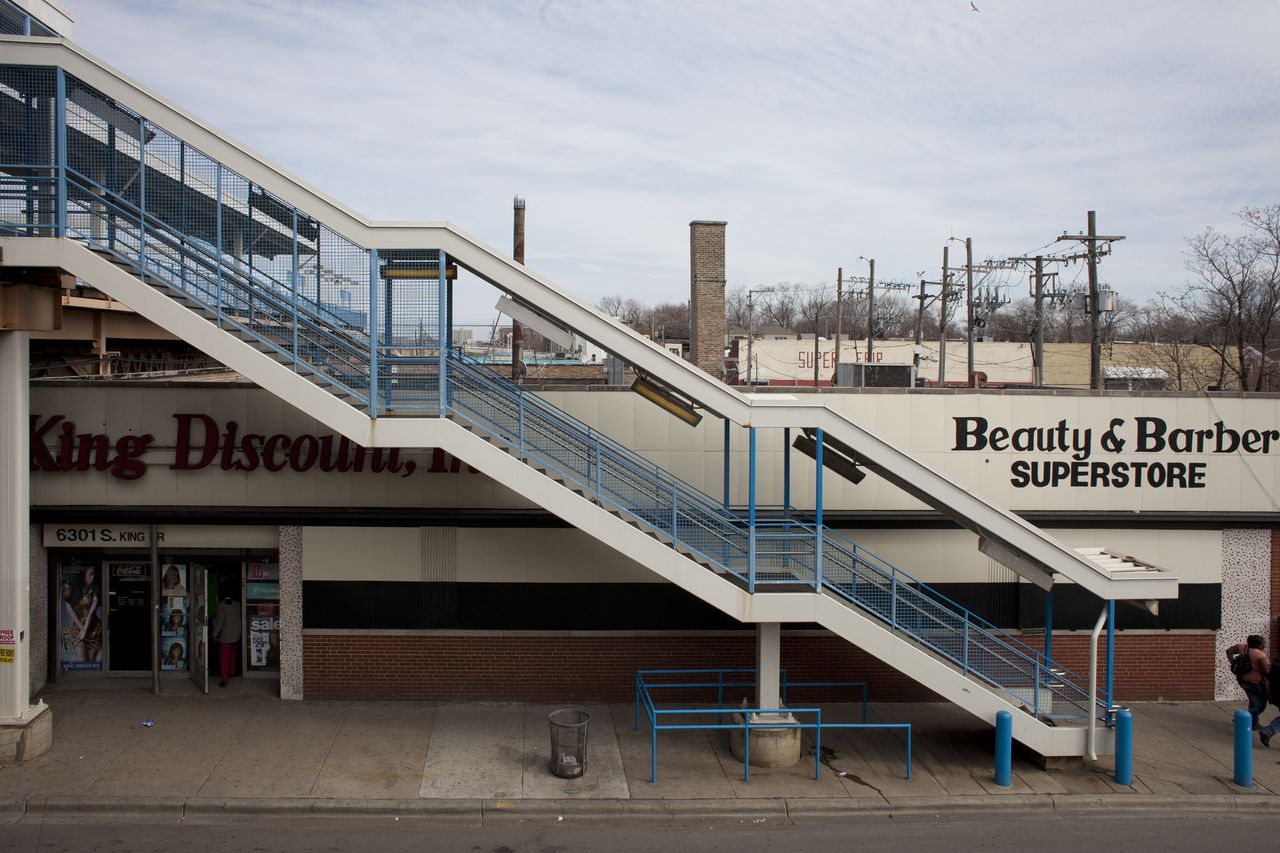 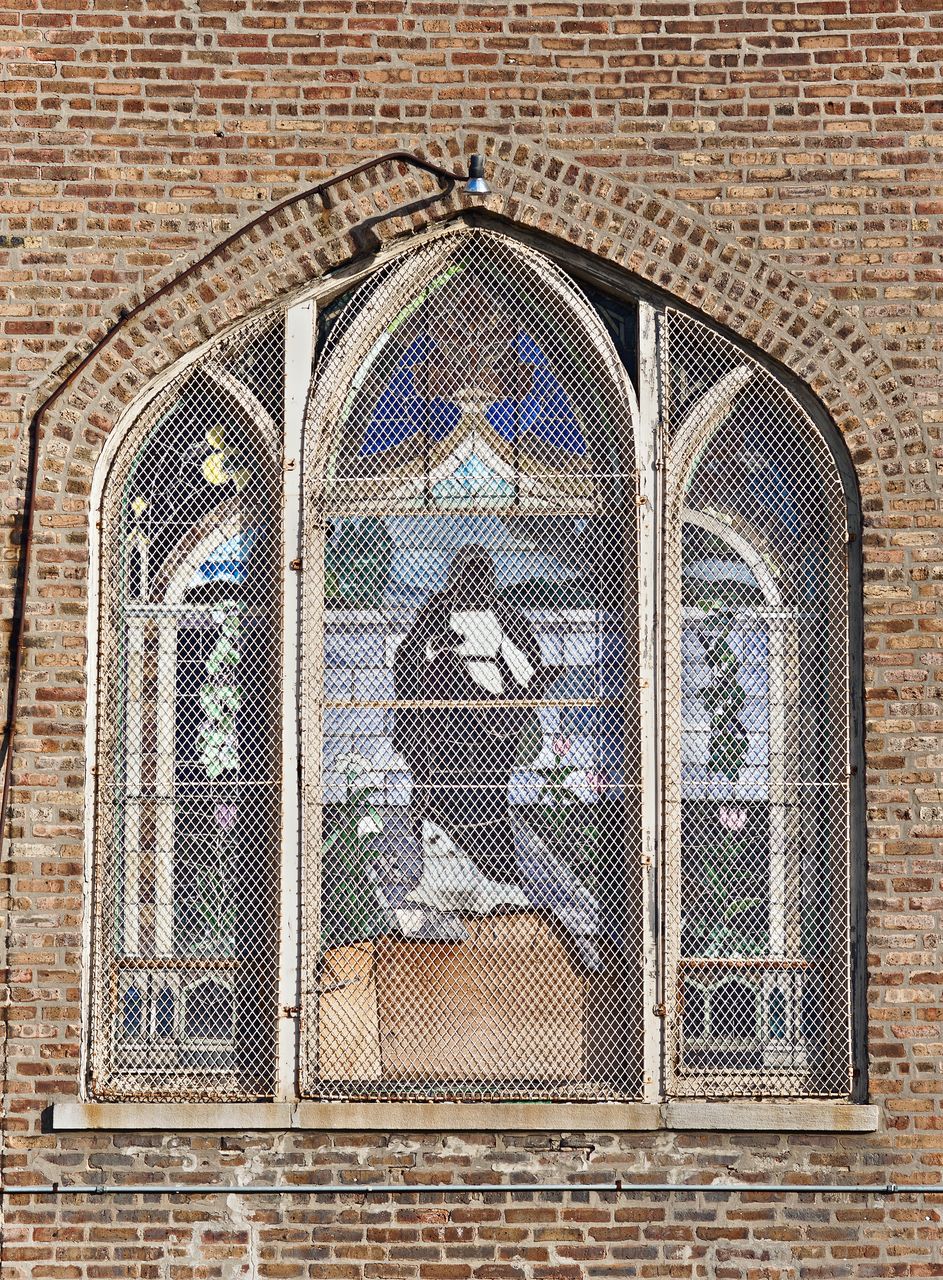 Terrell wanted pictures of 53rd and State through 43rd and State, where the Chicago public housing project Robert Taylor Homes once stood. Demolished in 2007, the project was comprised of 28 high-rise buildings stretching for two miles. Photographer Greg Ruffing took five photos to fill the request: an empty lot with the old foundation still visible, new condos, a community garden, and this image from the neighborhood of a stained glass window behind a rusty screen. Knowing the conditions of isolation that Terrell experienced, Ruffing said he looked for sensory details in composing the images: “the orange glow of warm sunlight, the sensation of brisk morning air, the way the city radiates color in the dusk and dawn hours.” Photo by Greg Ruffing, 2012. 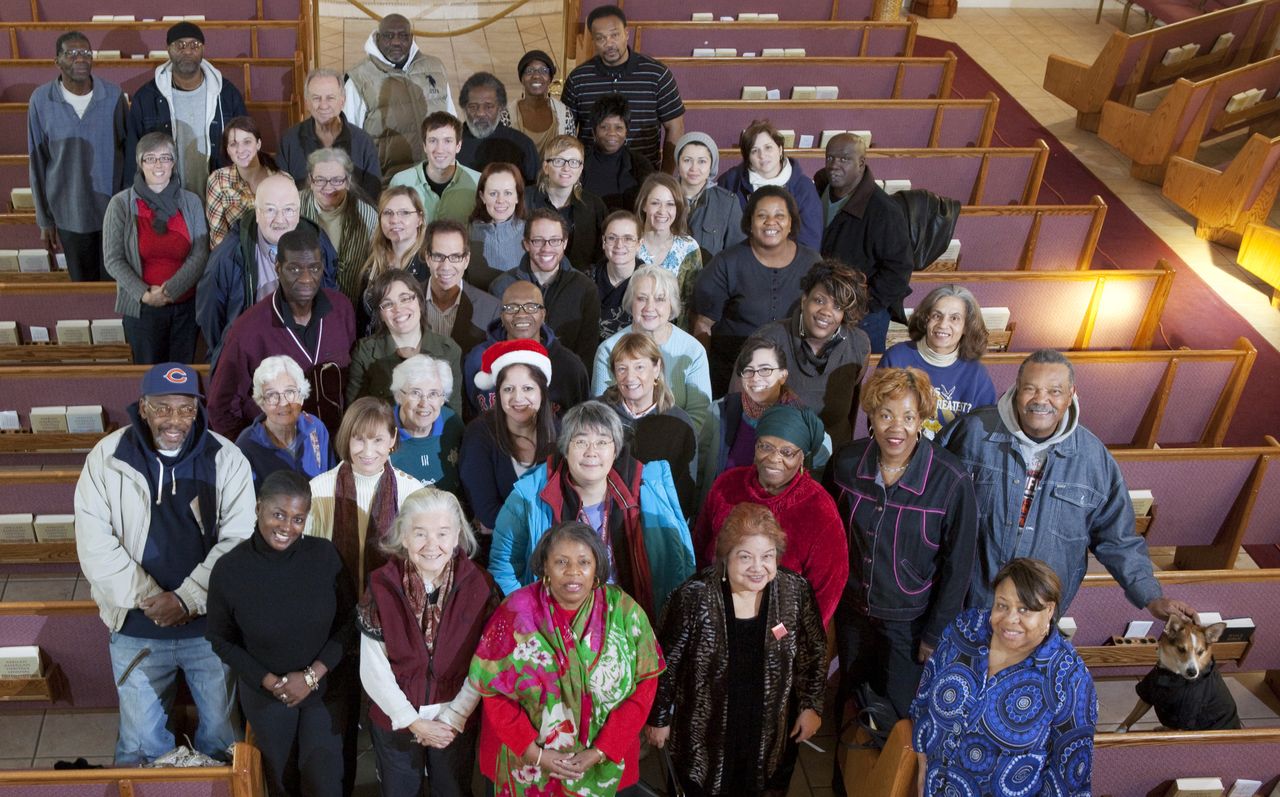 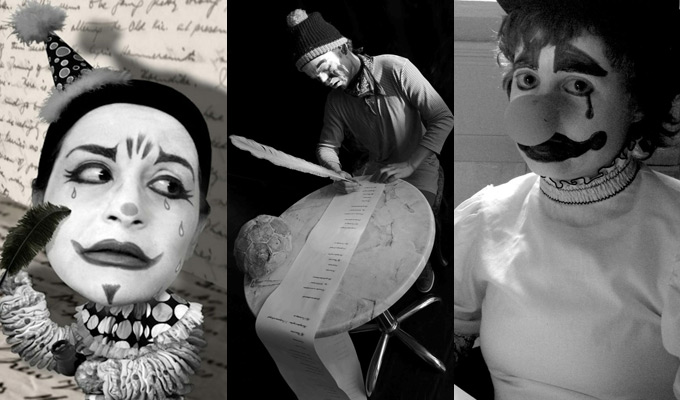 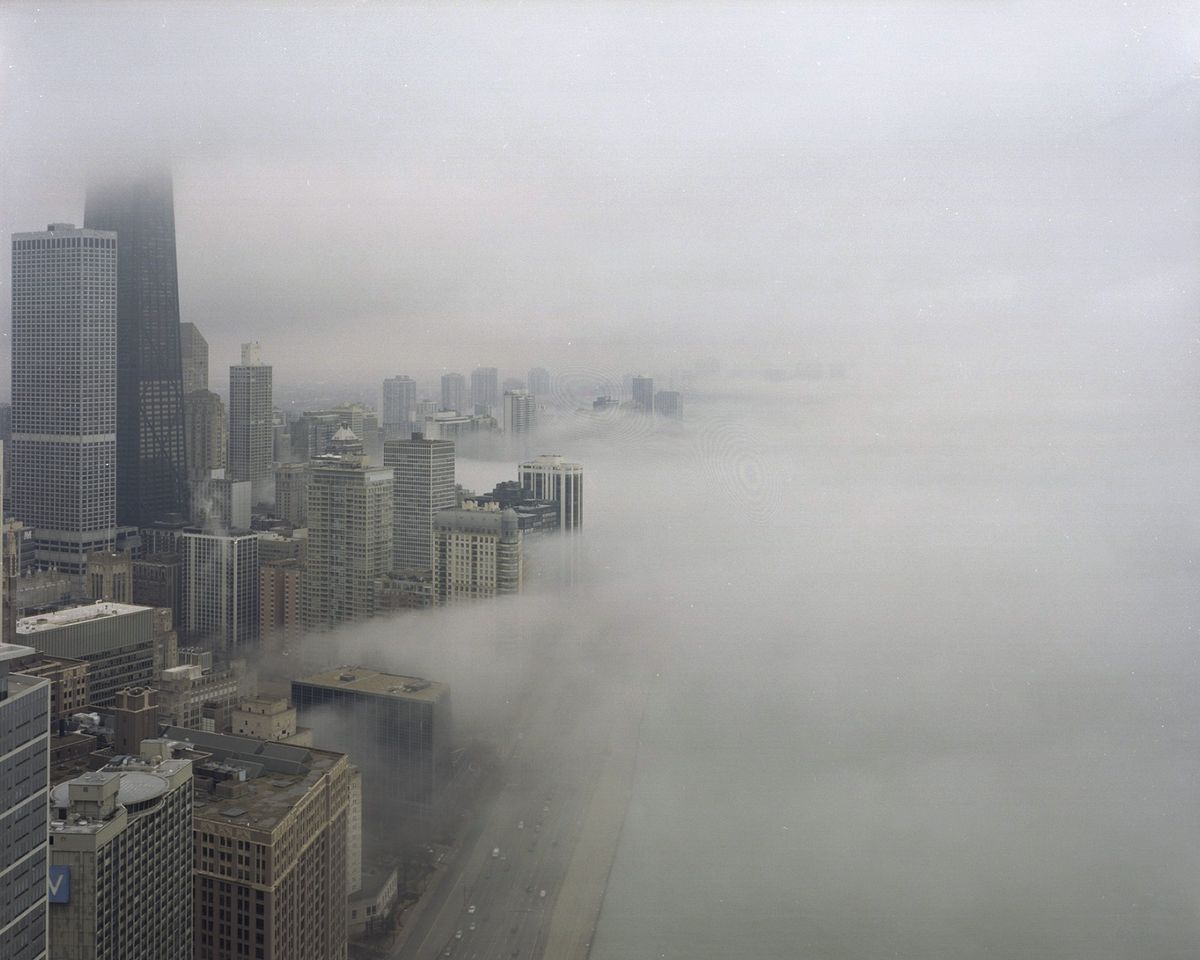 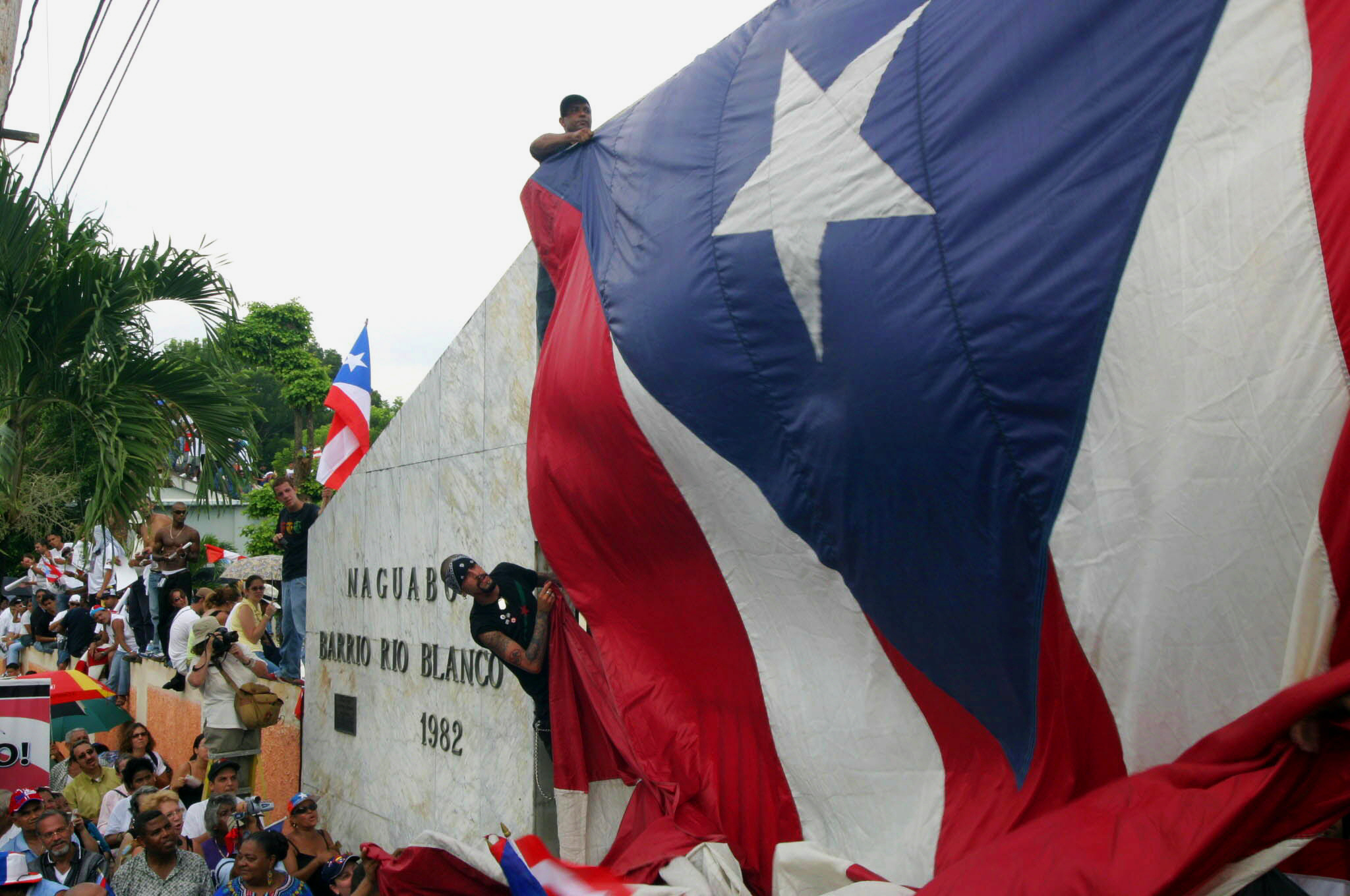 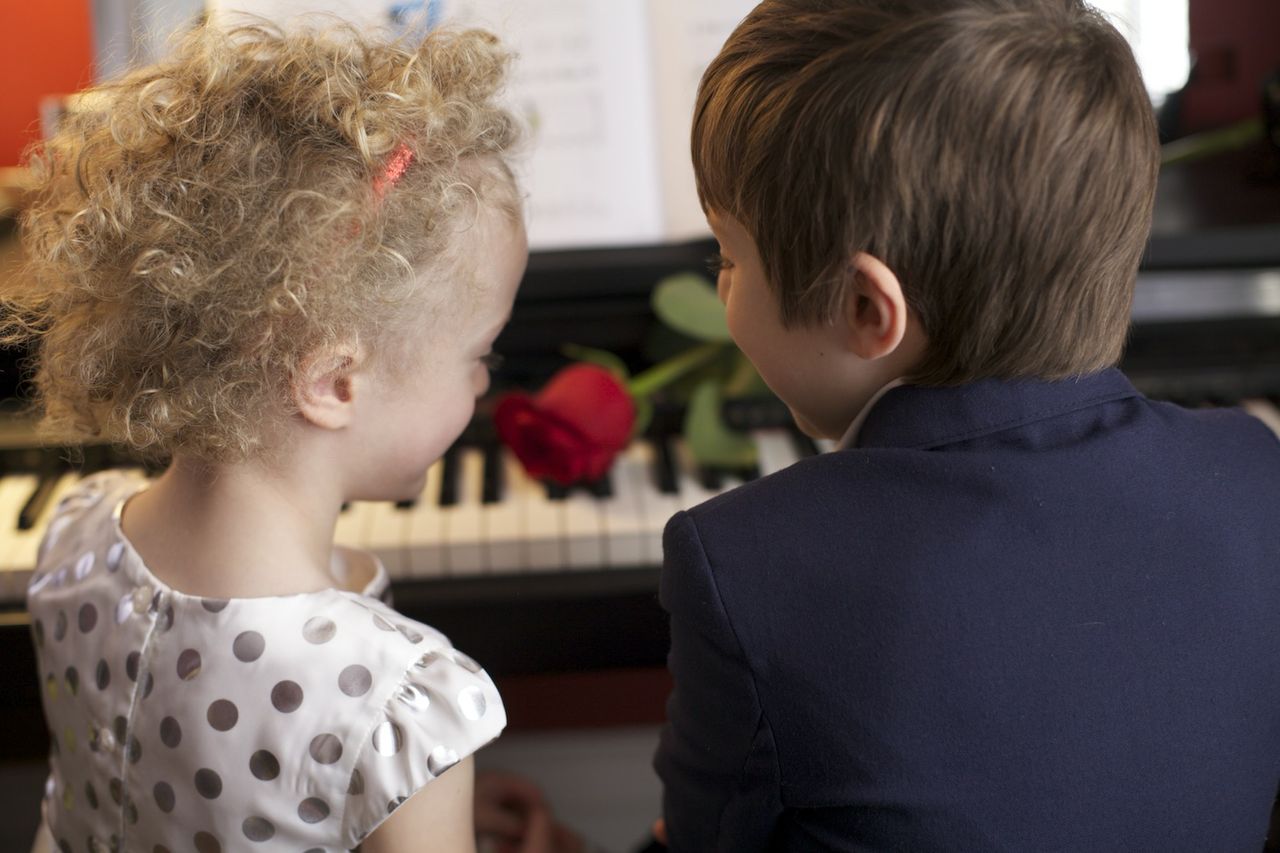 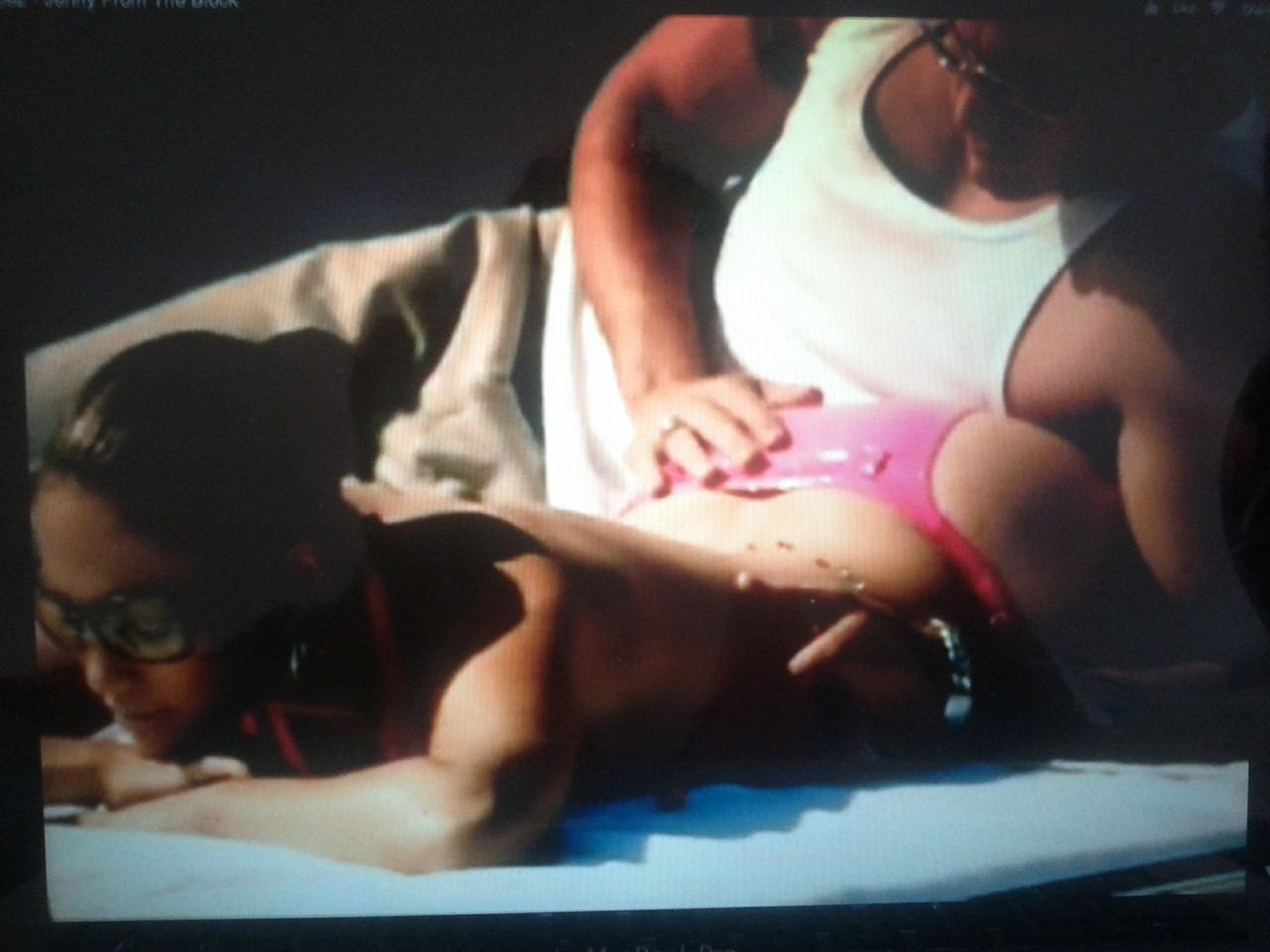 
"At 66 years of age I try to use a little humor. I want a picture of a trash can with the lid half off and twp eyes peeking out of the half-open lid as the trash can is rolling down the hill toward an incinerator. The caption: "I seem to be picking up speed I must be headed towards a bright future."
-Robert