In the wake of the terrorist attacks in Paris, Beirut, and Yola, conservative parties have made a strong push to keep refugees away from America's borders. They believe that these terrorist incidents are a response to a flood of Syrian refugees entering Europe and that a similar situation could arise in the U.S. as refugee groups may contain terrorist cells. This is in spite of the fact that the large majority of terrorist attacks on U.S. soil are from American-born, right wing extremists. It seems that conservatives prefer their terrorism the way hipsters prefer their omelettes: homegrown and white as a Whole Foods line.

People believe Syrian refugees are too dissimilar to Americans and that a large influx of immigrants will radically change American culture. On investigation this is incredibly sound. What about our food? We can't have Syrian food enter the American palette. I want classic, American cuisine like Chipotle burritos and good ole' fashioned Chinese food. General Tso would never stand for this potential infringement on historical food sites like P.F Changs and The Cheesecake Factory. And what if it's delicious? That may be a long-term plot to make Americans even fatter, to the point that we become immobile and cannot repel the terrorist threat. Nice try, Syria.

Governors of 31 states also cite that Syrian and general Muslim culture is incompatible with American ideals and practices so refugees should settle in another nation. We all remember the etchings in the base of the Statue of Liberty that reads, 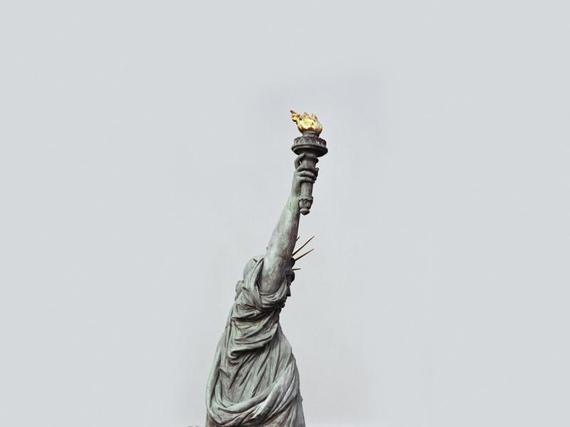 "Give me your tired, your poor, your huddled masses...unless they look, speak, pray, or act differently, in which case we're all full" -The Really New Colossus by Emma Lazarus

The solution? Some toupee-Americans believe that a mighty, electrified fence is a solution to the threat of foreign bodies implanting themselves in America and growing into a problem much greater than America anticipated. Sort of like an unplanned pregnancy. The conservative solution calls for basically an electrified condom for the nation (a little ironic seeing as many conservatives don't believe in birth control).

However, I don't think that this plan goes far enough. What about the coasts? We need to erect walls on the East and West to prevent potential amphibious-Americans from arriving. And lets not forget our neighbors to the North. Sure they're quiet...a little too quiet...what are they planning up there? So that's four walls but what about the gaps between them? All the walls should connect in the middle of the country, creating a sort of cage that protects the "Real America", Middle America. All of those traditional values, gun enthusiast, anti-government will be nice and safe inside their strong fortress in the middle of the country while the rest of us can't get in. They will finally have the America deserve while the rest of us will have the America we deserve.

Bonus: Since they're always talking about how immigrants take American jobs, then they can build it themselves.