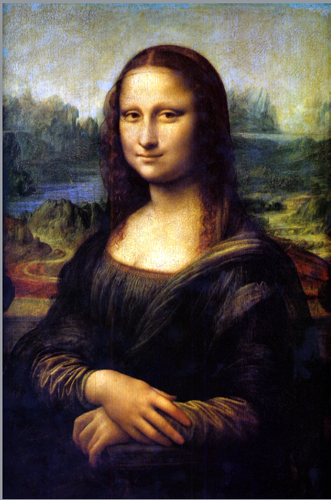 Scott Lund says he has always had a "love affair with history." If you want proof of that, first look back to 1989 when he staged a 20th anniversary Woodstock concert Among those appearing were Richie Havens, Country Joe McDonald, John Sebastian, Sha Na Na, Blood, Sweat and Tears and Melanie. The emcee was Wavy Gravy.

I first met him when it fell to me to edit an article he'd written about the painting. A student of symbolic language, Lund first saw the Mona Lisa in the mid-90s at the Louvre.

He recalls that he entered journalism "as the result of Woodward and Bernstein" and became interested in symbolism -- he has a library of "more than 1,000 books" on the subject. After he produced the Woodstock celebration he went to Europe and, he says, "immersed myself in ancient Mediterranean culture." He's been traveling to Europe and riding his motorcycle through that continent every summer since 1990.

When he studied the da Vinci painting The Last Supper -- the painting on which Dan Brown based The Da Vinci Code-- Lund realized that da Vinci must have employed symbolism in other works. Thus, he turned to the Mona Lisa.

"The Da Vinci Code is two things," he says. "First, the 'beloved disciple,' John, is depicted as ambiguously female and the implication is that John actually represents Mary Magdalene, the secret wife of Jesus. The second part of that thesis arises from the fact that there is a v-shaped space in the painting between Jesus and the beloved disciple. That V, Brown says, represents a downward-facing triangle that has an abstract resemblance to the female pubic area. This, Brown says, is the 'universal symbol of the divine feminine'."

"Of course, inThe DaVinci Code Dan Brown interpreted this as evidence that da Vinci had a deep belief in the marriage of Jesus and Mary Magdalene."

The 1982 book, Holy Blood, Holy Grail, postulated a number of ideas used by Brown in his 2003 novel. Brown's fictional character "Leigh Teabing" (played by Sir Ian McKellen in the film) was so named in tribute to the authors of the 1982 work, Richard Leigh and Michael Baigent ("Teabing" is an anagram of the latter name). 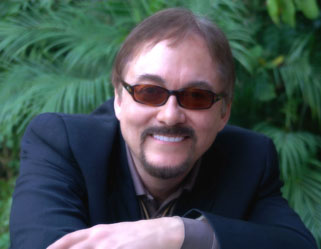 In the past two years, studying the literature, da Vinci's own writings and the Mona Lisa itself, Scott Lund has been able to explain the symbolism in the painting.

"From the ancient Greeks on," Lund says, "people were very concerned with the nature of the soul -- where it it is located, what, exactly, is it, and so on. But no one attacked the issue with the varied approaches and employed the many skills da Vinci did to discover the truth.

"He read all he could from ancient sources, performed autopsies, studied anatomy and astronomy. In fact, even before Galileo, da Vinci said that the sun does not move around the earth. Da Vinci himself wrote that mother and unborn child share a single soul.

"Da Vinci believed that all images are the result of the light that comes from the sun," Lund says. "He had the optics figured out and was the person who said the 'eye is the window of the soul.' The corollary to that is that the soul is the window of the eye and that's how da Vinci painted the picture....he is projecting his vision from his soul for others to see."

So, what did da Vinci say through the Mona Lisa? On the most basic level, Scott Lund sees a portrait of a pregnant woman whose unborn child shares her soul. He also, through his analysis of the symbolic language da Vinci employed, has deciphered what he calls The Mona Lisa Code.

In the article Lund writes, "Mona Lisa is a female-male soul representing the paradox of beginning life. To achieve his ingenious vision, da Vinci fused the heresy of a pagan god to the Christian mystery of human genesis. He expressed divine conception through the dualistic symbolism of Janus, the Roman god with two faces. These conclusions are based upon da Vinci's writings and obvious symbolic interpretations."

To find out what that code is and to learn about other symbolic language in the painting, you can download the article from Lund's website.

Following Lund's research, you'll see that the two-faced Roman god Janus plays an important role as does his symbol, an arch, in the architectural setting of the painting. The Mona Lisa, by the way, is not a literal portrait of a woman. While a model may have been employed by da Vinci, the portrait never left his possession. If, Lund logically points out, it was an actual commission the person who hired him would expect to receive the painting. Further proof of this is found in the recent work of a French researcher who uncovered the fact that the painting wear 30 or more layers of paint. Yet, together they add up only to the thickness of half a human hair.

The symbols in the painting -- like the painting itself -- Lund has found, are many-layered. He continues to research the topic and plans to publish a book.

One wonders if da Vinci, by the time he died in 1519, had even the slightest notion of the impact of the painting and, in fact, his entire body of work. Because, in the end, it is the artist, writer, researcher himself -- the man -- who has held more fascination for contemporary artists, writers and researchers than does any of his works.