After armed men off the Nigerian coast took two seafarers hostage this week, CNN declared the Gulf of Guinea the new “piracy hotspot" -- second to the Somali coast, but catching up.

As usual, Hollywood is one step behind. On the silver screen, it’s boom time for a brand new genre: the Somali pirate movie.

There's “Captain Phillips,” the dramatization of the 2009 Navy Seal rescue of an American cargo ship, starring Tom Hanks as the titular captain. The high-profile movie has held steady at No. 2 at the box office since debuting earlier this month. 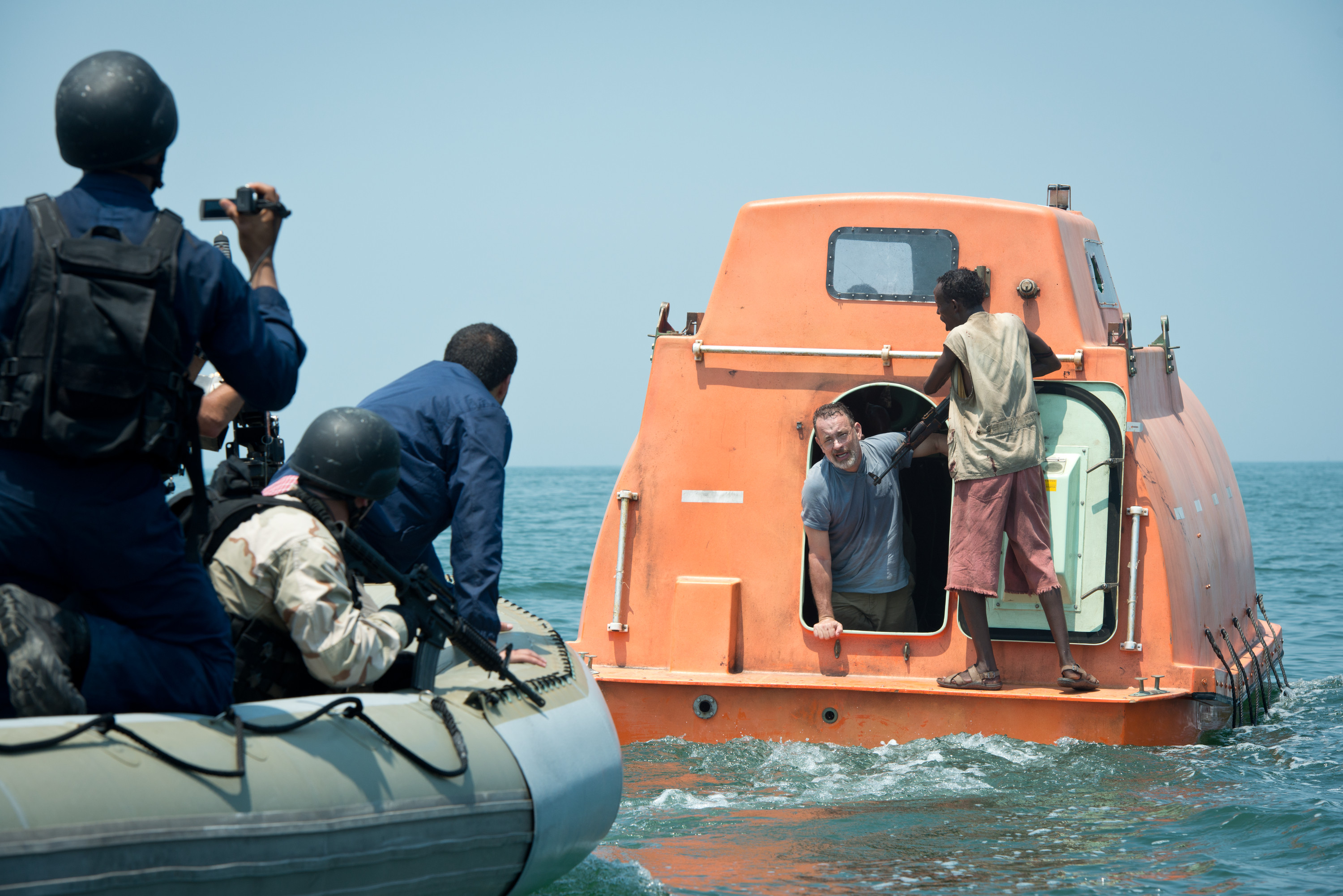 Then there's the slow-burning Danish import, “A Hijacking,” aka “the Somali pirate movie without Tom Hanks." Two recent documentaries -- “Stolen Seas,” and “The Project” -- tackle Somali piracy specifically. A feature version of an award-winning short about Somali pirates, “Fishing Without Nets,” is in the works, as is “High Value Target,” a “high concept” action movie about yet another U.S. Special Ops team defeating yet another band of Somali pirates. 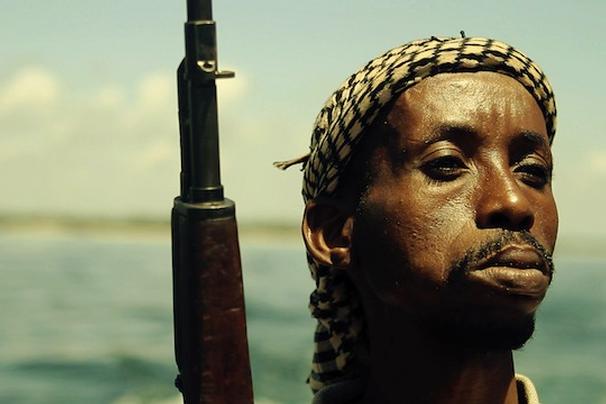 A still from the short "Fishing Without Nets," winner of the Sundance Festival's 2012 Jury Prize.

Modern piracy dates to the 1970s, when East Asian fishermen began to systematically attack Vietnamese refugees to Thailand. The Internet has enabled news of more recent attacks to travel farther, and the news is worse now, Mody says. Since 2008, the IMB has found that Somali pirates are brutalizing hostages more often and for longer stretches, for reasons observers aren't able to pinpoint.

That brutality has since captivated Hollywood. "There’s a sort of a natural time period that it takes for a big news story to turn into a film,” says Bruce Nash, founder of the movie consultancy firm Nash Information Services.

Columbia Pictures, for example, snatched the rights to the 2009 hijacking mere months after it happened, but it took two more years before the real Captain Phillips wrote the memoir on which the movie is based. 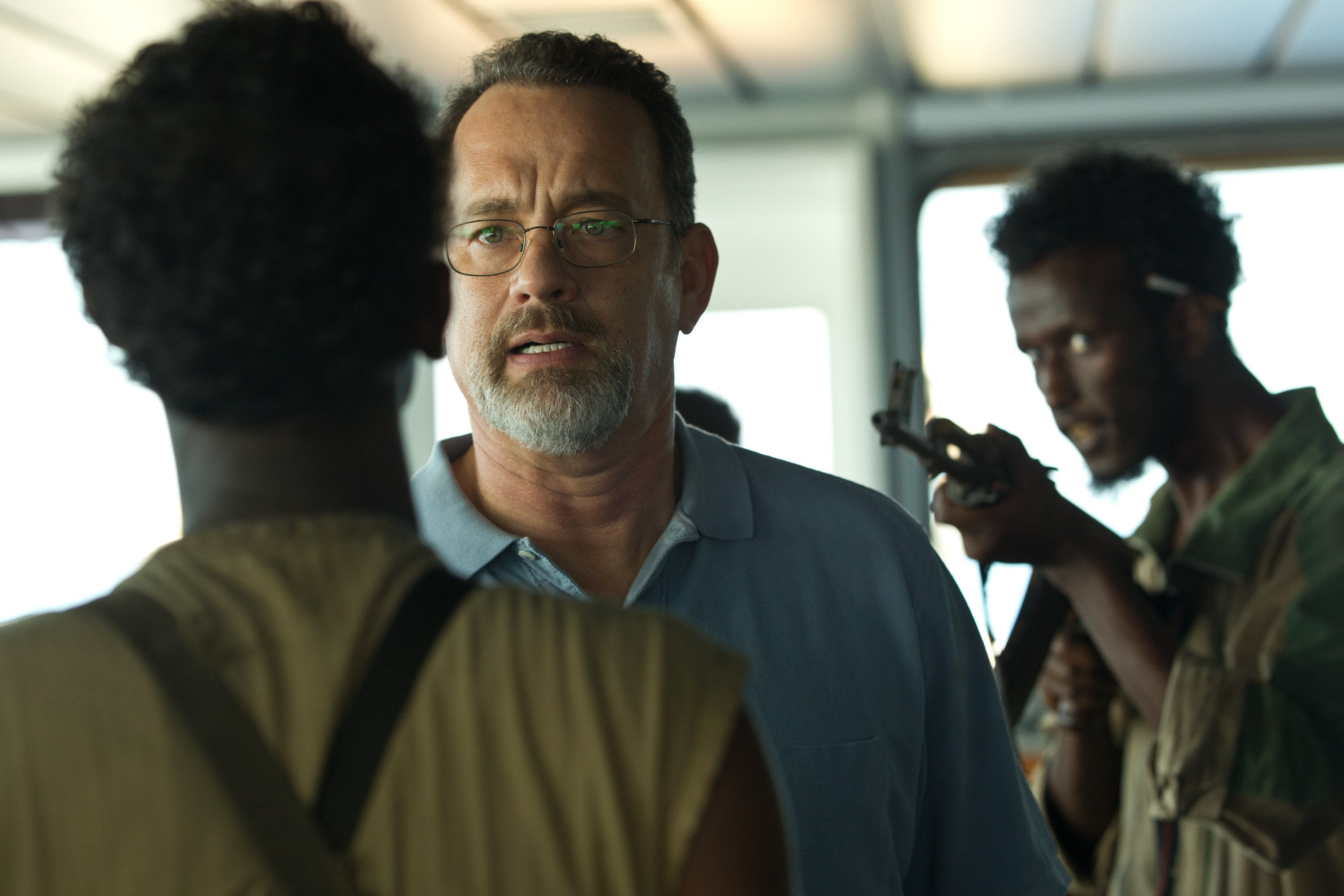 Another still from "Captain Phillips."

Modern pirates tend to be poor young men employed by drug lords. They hail from countries with crumbling governments, like Somalia. Their victims -- if they escape at all -- return traumatized, with tales better fit for a horror movie than a thriller: stories of hacked-off limbs and being hung naked from meat hooks in a ship's freezer.

As a result, the movies based on these events aren't the charming swashbuckling romances of old, part of a genre that's been around since Douglas Fairbanks Sr. sliced his ship’s sails in the 1926 silent film “The Black Pirate.” Say the word "pirate" today, and "finally, not everyone thinks of Johnny Depp,” Mody says.

Of course, what he calls "movieness" still pervades Hollywood depictions of real-world events. "Captain Phillips" has been criticized for glossing over complicating facts and valorizing the U.S. Navy. And -- as in the case of "A Hijacking," which is also based on a true story -- it tackles an incident that ended in a relatively happy ending, as far as piracy goes.

But when it comes to telling all sides of a complicated story, a glut of movies is promising for its potential diversity. “There are some things you can’t do with a mass-market film, in terms of giving the bad guys nuance, whereas you can with a low-budget film," Nash says. “Fishing Without Nets,” for example, will be told from the perspective of the pirates.

Mody says each of these movies is fresh because we rarely see things from a seafarer's point of view, either pirate or captive. "The life the seafarer faces is one of solitude and not being connected," he says. "It's a life of being out of sight and out of mind."