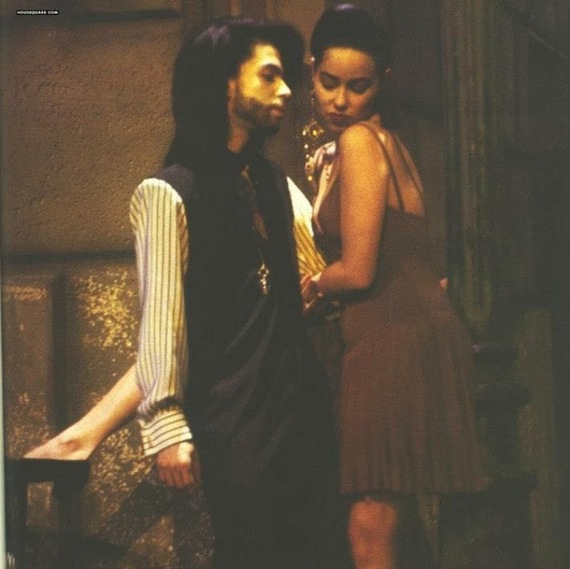 Jill Jones and Prince in the 1990 filmGrafitti Bridge.

An endearing moment in 1984's Purple Rain of The Kid running outside of First Avenue club after performing the title track to drive away on his bike was small but special. Stunned by the roar of cheers, he turns, smiling at the sight of a teary-eyed Jill who he greets with a playful "Hi" before running back inside.

When singer and protégé Jill Jones, who stunned as the blonde in the 1999 music video, frames a moment in time of her and Prince together, she's immediately drawn to the two of them sitting inside her car at her family home eating cookies and joking in the early 1980s.

"I never imagined Prince not being here, even if I didn't talk to him when he was here. I could feel he was here. He's here! He's fine, he's doing good things," Jones, 54, says over the phone.

Prince's unexpected death on April 21 at 57 from a drug overdose ignited a universal outpour of grief for the icon revered as one of the most influential musical artists of our time. As his life was retold through interviews and tributes, Jones watched with the world.

She's been weary and disturbed of how people have tried to define him in the media or attempting to be ornamental in his life for their benefit. Five months after his death, she has decided to break her silence about the loss of her friend.

"Everybody compartmentalizes him and that's what I've been seeing now and they're still clawing at him. There's a little bit of pillar talk with a lot of stuff that gets taken out of proportion, that's coming off as positioning themselves for their own personal value within his life and that is disturbing," Jones says. "I think he valued people, in his way own way, in different ways for whatever reason and I don't like that there's a ranking."

Just months earlier, she reunited with Apollonia Kotero, Brenda Bennett and Susan Moonsie of Apollonia 6 for the memorial service of singer turned evangelist Denise "Vanity" Matthews, who died Feb. 15 due to renal failure at age 57. "Vanity" was the lead singer of Prince's girl group Vanity 6 known for their 1982 hit "Nasty Girl" and for years was his girlfriend.

The last time they spoke since their relationship ended over a personal matter in the 1990s, the time apart put things in perspective for them.

"We both had to grow up a little bit. I think we fulfilled the purpose of each other's lives...I think we did," she said.

Through all the fame, controversy, the infamous name change to an unpronounceable symbol, and a sea of "plantation mistresses," music was always the love of his life, Jones says. After years of providing vocals to fellow artists' projects and on the 1982 breakthrough album 1999, she went solo with her debut album Jill Jones in 1987 with the single "Mia Bocca." Many fans online regard it as the most underrated of Prince's projects.

"Looking at the type of fame that Prince had or has, it's just a little wash of water that splashed many of our ways. He was the tree and everybody was the branch," she said. "It takes a really strong-minded
person to understand their mission in life because he was able to have it all. Have great friendship...have great lovers." 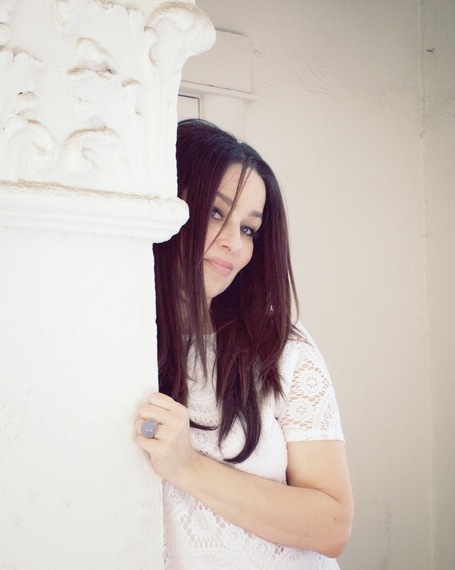 At 18, Jones met Prince in 1980 during his Dirty Mind Tour when she was performing as a background singer for the late Teena Marie, who was managed by Jones' mother. Their encounter brought a "passive aggressive way of flirtation" out of the normally shy teenager that she didn't even expect.

"I don't meet people and say something provocative. He stirred my being, he unnerved me, he rattled me. I'd had not met anyone like him and I was really defiant with him out of the reactionary response. I was walking up the stairs coming from the sound check, he was coming down and we looked at each other eye-to-eye and kind of stopped. He said, 'Hi.' I went, 'Hi. So what, the stage isn't big enough for all of us or something really sh----."

Growing up in the music industry as the step-niece of music legend Berry Gordy, Jones witnessed the unglamorous side of being in the limelight and wanted to be a source of support and a true friend as his career continued to rise.

"She's Always in My Hair," the 1985 B-side to "Raspberry Beret" was written about Jones who he said affirmed him regardless of the circumstances, singing, "...she's always there/telling me how much she cares."

"No one else championed me at Paisley Park, except Prince. Nobody. In fact, I don't think half of the people liked me to be honest with you because I was his friend and I guessed I never minced my words. I always tell him what I thought and I wasn't trying to be everybody's friend. I always started thinking that everybody had angles, coming from where I came from," she said.

In 1990's Graffiti Bridge, an infamous scene showed Jones' character pulling off her panties in the middle of the street and walking off, leaving a stunned Prince. The tension on the screen was semi-autobiographical to the slow demise of their relationship at the time.

"What was so great about Prince is that he could stand in your shoes and write something as if it's from your point of view. That's kinda where my headspace was about everything. It was Jill's moment of empowerment over someone who she felt wasn't benefiting her anymore," she said.

I spoke with Jones for a phone interview as she discussed her times with Prince, experience working at Paisley Park and more.

I was kind of an outsider to the clique and you know, I think that once Wendy and Lisa kind of edged Dez out of the picture then it just became a bit harder. Then they created this little clique with her sister [Susannah] and it just turned into these different franchises.

He empowered all women but especially black women

Though his image was provocative, he proudly embraced being black

Having a black man kissing a white woman on stage was provocative because it addressed what was happening in the culture. He came back to it [his black roots]. He loved performing and he loved our community. He had the capacity to really set the world on fire with his words.

That needs to be talked about more because that really gives you a frame of mind of where he evolved to and he never left it. He had a public side that he wanted to show but once he left the white record system, he was free to be, "This is who I really am." He was a brotha. I don't care what people wanna say. No, he was not Sammy lunchmeat! I'm sitting here and looking at everyone revising his history and somebody has to get on it because they're just leaving out the chunks that matter!

We were all talking about our ailments at 50-something years old. We had a lovely conversation. I was trying to convince everybody to go skydiving in Dubai. It was kind of wild too to be sitting there with each other for that reason that was what was a little bit strange but I was so grateful that Denise brought it where we all were all able to do that and I'm still grateful for her for all that.

She was the kindest, patient, and supportive person for him. Watching the changes that come into your life, I had a lot of empathy for her because she helped me navigate through all that bull---- at the beginning. She passed away before Denise so he had a double whammy. So I know everybody is like, 'Oh, Denise' but his girlfriend who has been with him, lived in the same house as him, grew up with him, that was his big crush from school...Kim was an unsung hero in my opinion. They stayed friends throughout. She knew his family, everything and it was sad. She passed away from a brain aneurysm and that sadden my heart.

Once a woman completed an album with Prince, the romantic period was over

When you got an album completed, you were done as a romantic interest. Like, you were still there but he was putting you in a place where you weren't going to just be a happy power couple. You were given your wings to go do your thing. His ability to let go of your how fast or slow, that's because he was juggling, like we say, the inspiration for all these women. Some guys send you flowers, Prince would just give you an album (laughs).

He really gave us a voice because I went through my life trying to figure out how do I fit in? Prince kind of helped. It appealed to putting blonde hair on me made the ratio on stage to appeal to the MTV generation. Black folks always knew I was black. It's just...we know (laughs).

After their fateful encounter, her mother told her that Prince would be a star someday much to Jones' disbelief

"You know he's going to be a huge star one day. I want you to watch this show." And I said, "You're kidding?" and she said, "No. He's going to be huge." She was right. In his underwear and his trench coat.