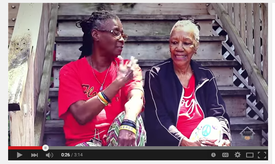 Remember your childhood summers when you held your breath underwater so long that your head felt ready to explode? For millions of homeowners in America today, being underwater too long has a different impact: they implode.

The iconic American feeling is that the future is ours, that with enough time and hard work anybody can climb up the economic ladder. However, unaffordable debt makes that sensation press inward on us. The US economy is growing again--albeit slowly--but for many of us, our own circumstances seem ever more constricted each day.

The number of underwater households, 7.9 million, was down by almost half from the 15-million-plus who were underwater at the worst of the crisis.

Some may interpret this as great news, especially for America's well-to-do. However, Zillow also reported a few things that underscore the gloom that lies ahead for millions of homeowners of more modest means: Lower-value homes are three times as likely to be underwater as higher-end homes are. And more than four million homeowners are so far underwater that their homes' value still needs to rise by at least 20 percent to get them in the black again.

Zillow's data showed that in some places the chasm is far deeper. Kind of like those summer swimming holes where no one could ever see the bottom. In the Chicago suburbs Cicero, Waukegan and Wheeling, for example, home values are still more than 30 percent below their peak. Even a 20-percent improvement in prices wouldn't get these people to the surface. In contrast, a more affluent spot like Crown Point, Indiana, has home values that are a mere 3.8 percent below the peak, a nice healthy place to be, at least in relation to those severely distressed locales.

At the slow pace that home values are rising, another 20 percent in appreciation could require many years' of strong growth--and who's to say our economy won't suffer another damaging shock in the meantime?

Gwendolyn Holliday and Carolyn Smith, mother and daughter, are among them--or were, before American Homeowner Preservation bought their mortgage recently. Both retired, Holliday and Smith own a two-story wood frame house in Chicago's Austin neighborhood. They had fallen a full three years behind on their house payments, and found that their lenders "weren't interested in our financial situation," Smith recalled in the video above. "It was just the money, money, money."

They felt physically ill from the burden of being so far behind on their payments, and agreed not to tell anyone but each other how bad it was. Not family, not friends.

Previous lenders had rebuffed their efforts to get a loan modification or some other kind of workable solution, they told us. However, AHP was able to buy their mortgage and then, just a handful of weeks later, modify the terms to help them stay. Over $18,000 in delinquent payments was settled for $2,000.

Now that they have an affordable monthly payment of $298, Holliday and Smith no longer feel they're drowning, dragged down by a home whose value has sunk.

"We can get on with our lives," Holliday told us. "Move on." And isn't that the typical American urge, to push forward?

Sadly, as the Zillow data and widespread anecdotal evidence show, millions of families are still submerged. Tragically, most underwater families never get the chance to come up for air. Implosion, in the form of foreclosure or abandonment, often follows. Vacant homes attract crime and blight, further stifling the dwindling number of homeowners who remain. Communities suffer and, like the ghost towns of centuries past, perish.

Just like the fanciful American Dream we aspired to on those childhood summers.