Casting calls for women can be incredibly sexist -- and one woman is sick of it.

Katrina Day, an aspiring actor in NYC, created the "Some Lady Parts" Tumblr in response to her experiences facing sexism in the acting industry. On the Tumblr, Day shares character breakdowns in casting calls for women that are particularly sexist, fat-shaming or stereotypical. 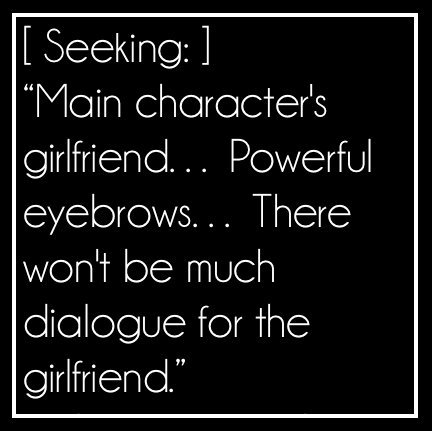 Day's aim, according to the Tumblr description, is to "call bullsh*t on the insidious sexism that lurks in character and project breakdowns on popular casting websites."

She told The Huffington Post that her own experiences with sexism in acting are not limited to casting calls, but include interactions with directors, instructors and fellow actors:

I had people advise me not to wear my engagement ring while interacting with the industry because people “wouldn’t know what to do with me then." I watched double standards play out in classrooms where instructors would admittedly not give a damn how the guys were dressed, but nitpicked everything about the women’s appearances. I had characters I was playing described to me by directors as “hysterical” and “f**kable." And I read hundreds upon hundreds of casting breakdowns jam-packed with sexist bullshit. 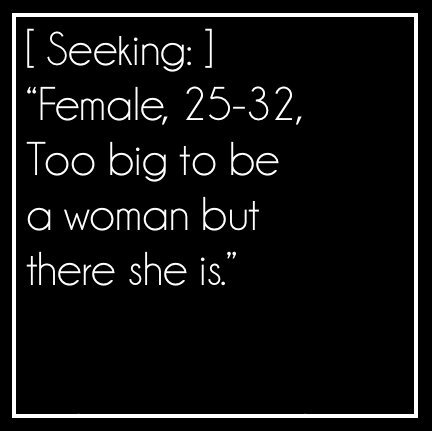 Day hopes that her blog will assure other actors that they're not alone in facing sexism, and empower them to fight back against industry standards.

"Being a feminist in this industry -- especially as an early-career, no-name female actor -- can be incredibly difficult," she told HuffPost. "This blog is my attempt to open up the discussion of that struggle among other female actors, so that we can all help each other be more thoughtful and rigorous about the ways in which we interact with the industry. Being selective about which roles we do and do not submit for is a way that we can advocate for ourselves in this industry."

See more examples from the blog below. 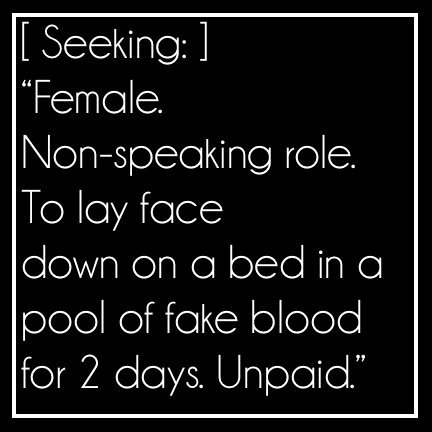 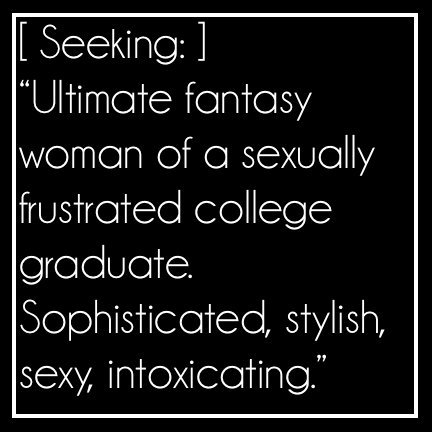 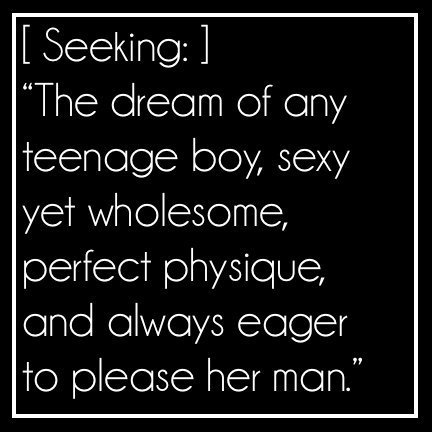 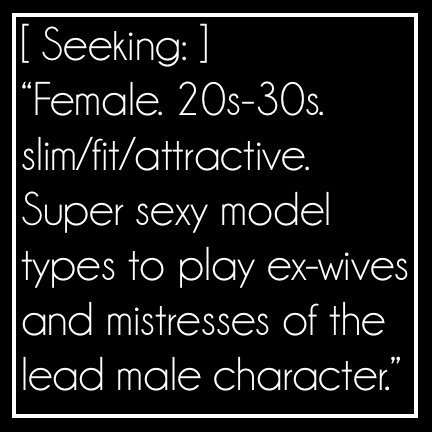 'Some Lady Parts' Tumblr Spotlights Absurdly Sexist Casting Calls
Actresses Told They Weren't Pretty Enough
1 / 7
1. Winona Ryder
Winona Ryder <a href="https://www.huffpost.com/entry/winona-ryder-interview-you-are-not-pretty-enough_n_3229779" target="_blank">recently spoke to Interview magazine's editor-in-chief Stephen Mooallem</a> about the discouraging comments one casting director made early on in her career: I was in the middle of auditioning, and I was mid-sentence when the casting director said, "Listen, kid. You should not be an actress. You are not pretty enough. You should go back to where you came from and you should go to school. You don't have it."
Getty