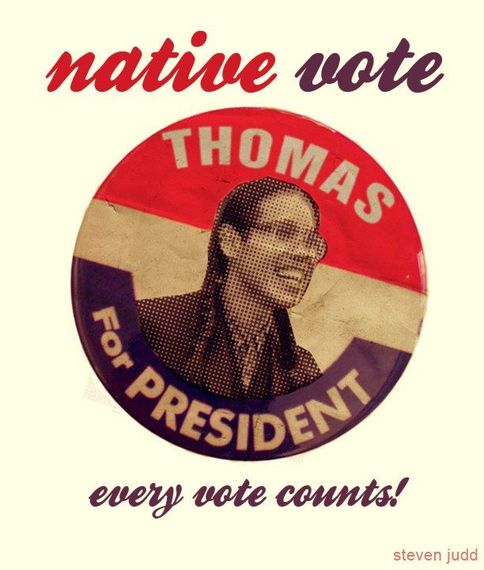 (The only person who deserves any Native votes so far is Thomas. Photo Credit: Steven Paul Judd)

Make no mistake about it, in presidential elections Native people are an afterthought. Meaning: as much as you (or I) may be invested in Hillary Clinton or Bernie Sanders, they're simply not thinking about your Native ass.

Personally, I support Bernie Sanders in this upcoming election because his record shows that he has more concern and policy support for poor people generally than Hillary Clinton. Hillary, as has been well-chronicled, has been a dear, beloved friend of the wealthy and that's why Wall Street donors line up to give her truckloads of money. Rich people love Hillary. Maybe they don't love her quite as much as they love Donald Trump or Ted Cruz, but they love her quite a bit because she's shown an undying allegiance to them.

Despite my support for Sanders the truth is that neither candidate has really said anything or done anything of note for Native people or for our communities. Sanders released some generic statement on Native pledges and proposed a bill to stop the transfer of the Oak Flat which is important but hasn't gone anyplace. Yet that is much, much more than what Clinton has done. She hasn't done anything. At all.

We have to require more.

It's an interesting contrast because right now both candidates are pandering shamelessly to black voters. I watched the Democratic Debate last night and it was entertaining to watch Hillary Clinton try to attach herself to President Obama's hip; this is the same Obama who her campaign supporters accused of "shuckin' and jivin'" at press conferences. This was the same Obama whom Bill Clinton accused of creating fairy tales and essentially accused of being a liar. Lots of loaded language, dog whistle stuff.

But now she's all about Obama--that's her dude. And she's all about the black community--even doing her own shuck and jive, dancing and showing how hip and pro-black she is. 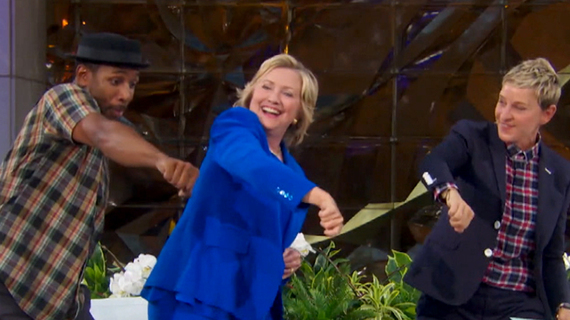 History shows that she's none of those things. She has a long history of being neither hip nor pro-black.

Moreover, the Nevada primary is coming up quick and both candidates will soon be pandering to our Latina/o brothers and sisters. I suspect that we'll probably Hillary immersed in Latina/o culture and Bernie Sanders won't be immune to that either. That's fine--I hope they continue to court our black sisters and brothers and also our Latina/or sisters and brothers. Good--I get it. I'm glad they're power is being recognized. Plus, they are a bigger demographic than Natives. Yet, if those candidates truly value our community, the relative size should not matter.

But understand that they won't be even looking toward the Native community unless there's an extremely close race. Obama, in 2008, knew that it would be a very close race and that he needed every possible delegate that he could get his hands on. We're glad--despite my many critiques of Obama, he unquestionably ended up being the best president ever for Native people. Conversely, Hillary was supposed to blow out Bernie Sanders this year and so she had no need to talk to us at all. So we need to remember this time--February--when nobody at all has contacted our community directly (except for some impersonal videos at the NCAI Conference) and make both candidates answer why we're always the last people that they contact during their races. Neither candidate has had much interaction with Tribes--there are no federally recognized Tribes in Vermont so Bernie's had little-to-no formal interaction. Hillary represented New York which has many tribes, federally and state recognized, but did nothing of note.

Yes, the Republicans are destructive. We know that. But that's not the test. The test has to be "when are Democrats going to value/cater to Native people the same way that they value/cater to the black community/Latino community?"

Native people simply shouldn't give our vote away to people who don't value us; if we don't require some level of commitment, we're selling ourselves horribly short. 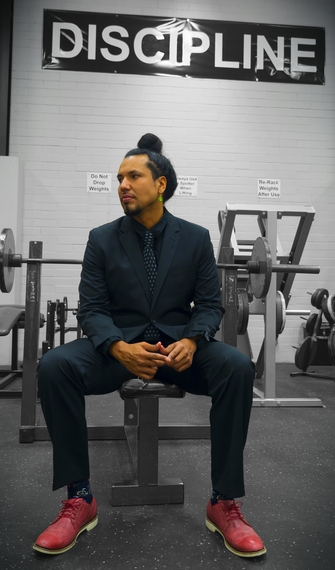