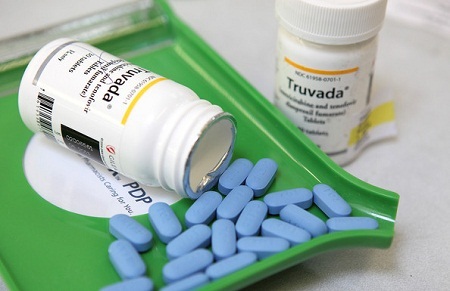 At the time, the concept seemed crazy to me because I've always had a distrust of the pharmaceutical industry. At 43, I've had my fair share of bizarre side effects from drugs, so the idea of taking an HIV med to help prevent HIV infection when I could just use condoms seemed ridiculous to me.

But in the past two years, PrEP has gone mainstream, and practically half my friends are on it. This is a boon for its maker, Gilead, since it costs upwards of $12,000 a year to be on it. It's also a boon for the gay community, as new HIV infections have dramatically decreased since its introduction. In fact, a recent studied followed 600 men over the course of a two-year period and not one man seroconverted.

The makers of Truvada state the drug should be used with condoms, but from what I see going on here in NYC, a lot of men have abandoned them because they're so confident in the drug's effectiveness. Friends tell me they have bareback sex all the time and are still negative, even after bottoming for positive guys who are undetectable. It seems this advance in HIV meds has had one very good side effect. Thanks to PrEP and HIV meds like Stribild, the stigma many HIV+ have had to deal with for so many years seems to be fading away.

Another side effect these drugs have had is they're breaking down a 30-year-old fear of semen. Now that it isn't seen as the main way of contracting a life-threatening illness, loads of guys seem to be obsessed with exchanging loads. It seems the gay community is now going through a period where ejaculate has become almost fetishized because it no longer carries a potential death sentence. The end result is that many men have become liberated from the fear of having someone ejaculate inside them.

In my opinion, this is a good and bad thing. While I'm all for being released from any kind of mental bondage, the lack of condom use in the past two years has increased the spread of STDs like syphilis, herpes, gonorrhea and chlamydia. Interestingly, it's now starting to have a boomerang effect because the latest trend I've been hearing about is...condoms! It seems more and more men are getting sick of having to take antibiotics for STDS they contract and have decided to start using them with PrEP. And since using Truvada with prophylactics ups it's effectiveness to 99 percent, this can only be a good thing.

Sure, I wished we lived in a world where we didn't have to take a break from foreplay to put on a condom, but in the scheme of things, it doesn't take that much time to slap one on to keep you and the men you sleep with safe. And hey, that minute goes by a lot faster than an afternoon in your doctor's office.

Greg Scarnici is the author of the book, "I Hope My Mother Doesn't Read This" - now available on Amazon. Connect with him and his social networks on www.gregscarnici.com