For some survivors, the mass shooting at Borderline Bar and Grill in Thousand Oaks, California, wasn’t their first.

Dozens of people who were at the country music bar outside Los Angeles when a gunman opened fire late Wednesday also survived the October 2017 Las Vegas massacre, where a gunman killed 58 people.

Nick Champion was among those inside the bar when the gunman struck, killing at least a dozen people.

“It’s the second time in about a year and a month that this has happened,” Champion said in an interview with California’s OnSceneTV, which aired on “CBS This Morning.” “I was in the Las Vegas Route 91 mass shooting, as well as probably 50 or 60 others who were in the building at the same time as me tonight.”

“It’s a big thing for us,” he added. “We all are a big family, and unfortunately, this family got hit twice.”

That music fans like Champion could be caught up in more than one gun-fueled massacre is a sobering reflection of how frequently mass shootings happen in America.

Nicholas Champion was inside the California bar during the mass shooting. He also survived the 2017 mass shooting in Las Vegas that killed 58 people and injured hundreds more: https://t.co/9swbbJ45P5 pic.twitter.com/HX80jFow4n

Champion did not immediately respond to a message from HuffPost.

At least one survivor of the Route 91 massacre died in the shooting at Borderline. Telemachus Orfanos, 27, worked as a security guard at the bar, but had been there on Wednesday “just to enjoy a night out with friends,” his friend Marybeth Schroeder, who also works at Borderline, told HuffPost.

After Orfanos was confirmed dead, his mother, Susan Schmidt-Orfanos, tearfully called for more gun control and derided lawmakers for offering “thoughts and prayers.”

Katie Ray, 25, also survived the Vegas shooting with her fiance, whom she met at Borderline. She told HuffPost that the bar, where she has been a regular since 2014, was “a place of healing” for the tight-knit group of Vegas survivors.

“For many of us, it was seeing each others’ faces in the bar again that brought us a huge sense of relief,” she said.

Champion recounted his experience in Las Vegas last year in an interview with Billboard magazine, and talked about friendships he developed with other country music fans line-dancing at the Borderline. The friends often traveled to country festivals, he said in the article. The Las Vegas show was the fifth.

“Even though I’ll never be as comfortable again in that kind of setting, whether it’s concerts, clubs, bars, anything where there’s a big group of people in any kind of confined space, I’m never going to be as comfortable again,” Champion said in the Billboard article. “But it’s not going to stop me, and I don’t want to let fear change the way I live.”

He said then that he and his friends planned to hold a memorial service at Borderline for the Las Vegas victims.

The friends also marked the six-month anniversary of the Las Vegas massacre with an event at Borderline, according to a photo from Champion’s Facebook page.

Champion told Billboard in April that the Las Vegas shooting inspired him to become a firefighter.

Others inside the Borderline on Wednesday also had endured the Las Vegas massacre, friends told the Los Angeles Times. Wednesday was the bar’s regular College Music Night, featuring line-dancing.

“A lot of people in the Route 91 situation go here,” Chandler Gunn, who said a friend was inside when the shooting started, told the Times. “There’s people that live a whole lifetime without seeing this, and then there’s people that have seen it twice.” 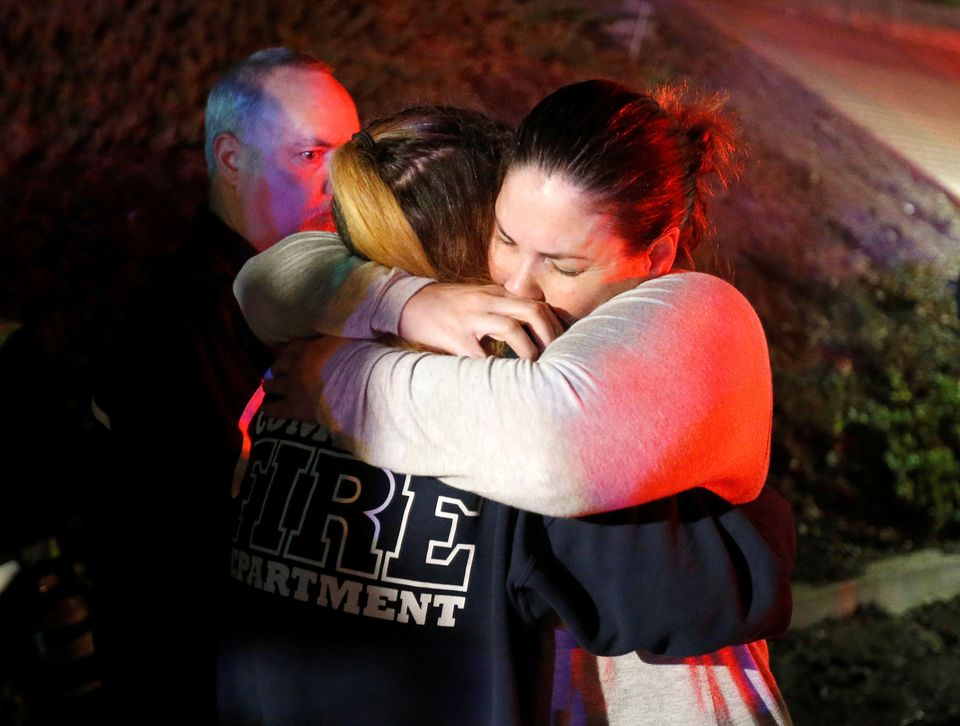