A memory appeared in my Facebook feed today. It was of a girl I once knew - a girl who died six months ago. Her final post was a photograph of herself - bald head and beaming smile - with her mother and cousin by her side as she underwent cancer treatments. She was 37 years old.

Prior to her unexpected appearance in my feed, I had spent the previous hour obsessing over what I planned to tackle in the upcoming week: the publication I hoped would feature me, the editor I longed to notice me, the annoyance of a self-serving individual I'd thought of writing out of my script for too long now.

But, the sight of this girl in my feed - now a story with its final chapter written and sealed forever - provoked me to pause for a moment and wonder: What am I doing here?

While scrolling through her timeline, I am uninterested in learning about her degrees or the status of her final bank statement. I don't care if she ever owned a handbag marked with a designer label, whether or not she achieved the body of her dreams or if her eyebrows were "on fleek." I don't even care if she met society's standard of 'pretty.' 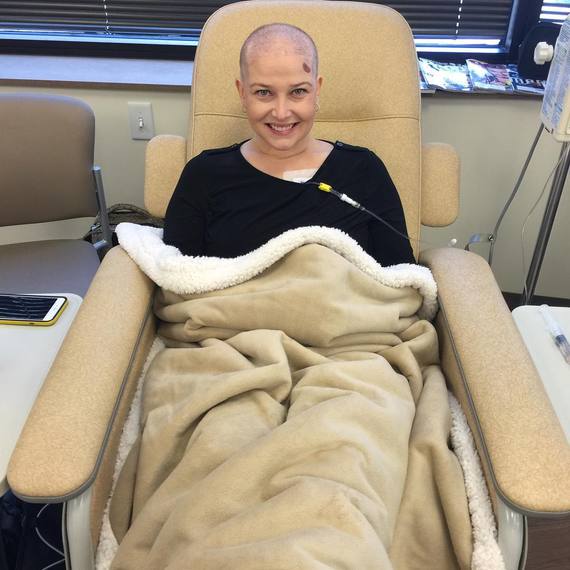 Contrarily, I'm moved to tears reading her final thoughts - thoughts of how she relished in the time spent with her mother while battling to stay alive. I'm moved to tears by her courage, by her fighting spirit and bright disposition - by the tender way she cradled her newborn niece while knowing her own body was failing her. That's what stirred me. That's what inspired me to write this article.

I thought about how beautiful she was in all of her bald-headed bravery - offering a playful thumbs up for the camera. I thought about how her beauty exceeded that of even my most attractive friends - friends who turn heads while donning revealing outfits, flawlessly-applied makeup and hair extensions - friends who have mastered the art of the seductive pouty-face selfie. 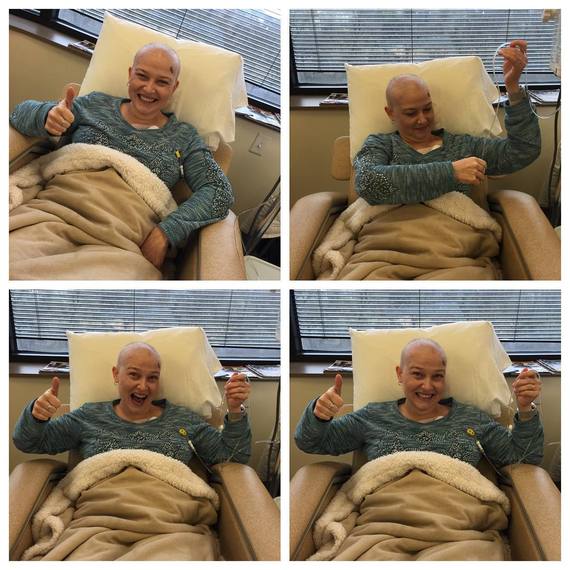 I was stunned by her zest for life - by her vivid documentation of her trip to Mexico the summer before she died, shortly before cancer invaded her cells. How her face was so infected with a joyous laughter, I could almost feel it pulling me into the photograph - commanding that I participate. I'm humored by the way she doted over her chihuahua Stevie. I'm delighted by her fondness for coffee, snow days, the changing leaves in the fall and summer days spent sailing. How she hungered for the type of learning only traveling to other continents could satiate. How a painted sunset sky enamored her.

I wondered what she was like as a third grader. Was she shy and timid or flamboyant and oozing with energy? I wondered what her childhood bedroom looked like. I thought about how she probably experienced bad days in junior high (as every preteen in such awkward stage of life does). Did she ever toss and turn restlessly - in a state of agony - when such days turned into nights? Maybe her crush didn't reciprocate the same feelings, or she tripped and fell in front of the school bus or perhaps she was bullied by an older kid in her neighborhood.

I thought about how she didn't know in her most agonizing moments of adolescence that one day a person she only met twice would be captivated by her Facebook timeline, and how none of those agonizing moments would bear any significance at all.

I wondered about her life's stops and starts - her failed attempts and moments of victory. I thought about all of the emotions and lessons learned in between her first cry and final breath. Everything contained within them is the story of Mary Alice Felder.

I wondered in what way I impacted her life - even to a miniscule degree or if at all. Had I been my kindest self the two times we met? Had I misted her with joy, or had I departed from her leaving the residue of heaviness and negativity? Had I made her feel as appreciated as she deserved to feel? I couldn't be sure.

What I do know for sure is this: Someday I'm going to die. Someday you are going to die, too. Someday every person who means anything at all to you will exhale their final breath. Our flesh will rot, and all that will be left of us is dust and bones.

The bills may continue piling up, the mail may continue accumulating but we won't be present to handle any of it. Our loved ones will mourn for us. They may smile painfully at ramblings in our journals or chuckle at our grocery lists. They may lovingly pack up our belongings, stand inside of our closets and bury one of our shirts into their faces to relish the scent of us - like casting their nets and struggling to catch that firefly before its light dims forever.

They'll reread our final text conversations. They'll replay those saved voice messages. But, we won't be coming back no matter how mightily they cling and clutch - no matter how much they roll around in the evidence that we once lived and live no more.

Others will claim to have known us and perhaps believed they did, but actually did not at all.

With all of this considered, I wonder: What are we doing here? I don't mean why are we here. That's a separate topic altogether. I mean, what are we doing?

Frankly, I'm tired of wondering. I'm tired of mindless doing. I want to fully live -- perhaps in the way Mary Alice Felder would live if she were granted the chance to come back and do it all again.

The original version of this article by Lacey Johnson was published to The Daily Doll.

If you enjoyed it, check out more from her here.

More:
healthy livingcancer DeathMindfulness
Newsletter Sign Up
The essential guide to taking care of your mind and body
Subscribe to HuffPost’s wellness email
Successfully Subscribed!
Wellness delivered to your inbox