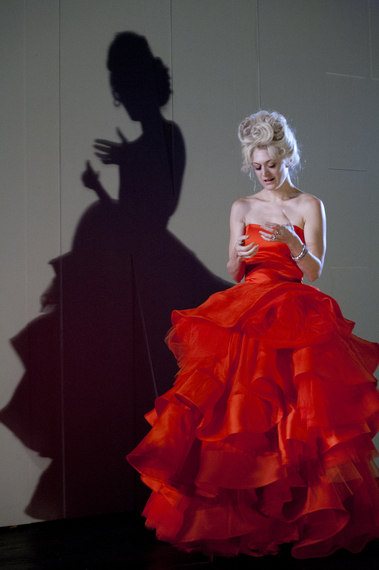 While visiting Versailles a few years ago, I came upon a tour in Marie Antoinette's chambers. The guide was showing a group the tiny door the queen escaped through and explaining how horrible but brilliant she was and how terribly she died but how she possibly deserved it. I smiled, thinking only the French can eloquently praise and decimate with such ease. Sitting in the audience at SOHO REP I wondered if David Adjmi's MARIE ANTOINETTE could possibly live up to the fascinating monarch. Not because I doubted Adjmi's ability but because I lost faith in New York theater. And I'm not the only one. When a recent New York Times article stated attendance at theaters was dropping by a significant rate I was only surprised that the drop wasn't steeper.

I started as a playwright, but when the business of theater decided to embrace a corporate model complete with darlings and safe bets, theater became an insular commodity and I lost interest. With few -- although notable -- exceptions, theater in this city has become a chore. An endless parade of productions filled with sterile tropes and contrived perspectives. Hustlers get away with lazy work while everybody applauds at the end but can't wait to get two blocks away from the theater so they can openly express how awful it was. It's not for lack of talent or audience. This city is overflowing with talent and audiences are flocking to other performing arts hungry for great work. The problem is talent comes with risk and the new theatrical bottom line can no longer be bothered with what it considers "risks." Even at the risk of killing one of our greatest art forms.

All it took was one mixed review in a sea of raves for the premier of MARIE ANTOINETTE at American Repertory Theater for producers to quietly pass on what was shaping up to be a feeding frenzy for the NYC premier. But thankfully SOHO REP didn't hesitate to commit to David Adjmi and the Yale Rep. A.R.T. production. I bought my tickets as soon as they went on sale. David Adjmi could adapt a Chinese restaurant menu and I would show up. Apparently I am not the only one. The run sold so fast they already had an extension in place before the previews even started.

I was looking for a seat when I saw David in the corner front row wearing a knit skull cap, sunglasses and no shoes. His bright white socks are what first caught my eye. I walked over to say hello and he quietly nodded. I wondered why he was so serious when he called me over and whispered playfully, "Damn you! I'm trying to hide. It's our first preview!" I gestured to him, "easy-peasy" and sat down in last row of the rectangularly shaped theater. I had surprised my sister and friend with tickets, it was their love of Marie Antoinette that lead to my fascination with her and the three of us were excited. But as we settled in I started to get a little uneasy. David is a character, but why was he so nervous? Was that one "ish-y" review in Cambridge right?

To say the play takes off the second the first word is spoken is an understatement. Director Rebecca Taichman opted for color-blind casting. This shouldn't be a big deal, but it is. And when you consider it's a period piece, the importance of the choice grows exponentially. It immediately showed a respect for the audience and let us know we were in this night together. 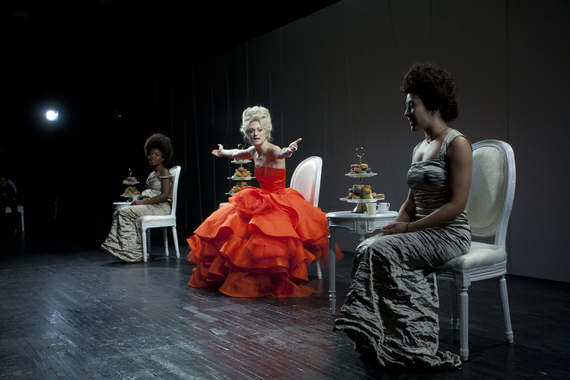 The production is representational and simple and at the same time as modern as it is traditional. Everything from balls, to carriage rides, to angry mobs are brought to breathtaking life through a sound scape, a lighting scheme or a glance. The designers and actors transform the narrow playing space into the Hall of Mirrors of Versailles, the gardens of Le Trianon and the claustrophobic cell blocks of Conciergerie with such ease, it reminded me of how often talent is over looked a resource.

There's nothing I could possibly say about the actors wouldn't fall short of what they achieved. At times their shadows on the back wall made the audience feel like the performers were puppets manipulated by the people whose lives their characters were based on. Marin Ireland in the lead role was ferocious, graceful and human, no small feat when playing the iconic queen. Playing Louis XVI, Steven Ratazzi was tender, earnest and endearing. Will Pullen was as menacing as he was vulnerable as the Revolutionary. The entire cast is stunning in its ability to transform and embody contradiction. They were funny and devastating and artful.

None of this, of course, would've been possible without David Adjmi's flawless script. The way he captured the grandiosity of a time, the idiosyncracies of power and the brutality of desperation was awe-inspiring and immediate. His sleight of hand of using modern language to tell an 18th century story was inspired. I felt I was reliving Marie Antoinette's fate along side her, not watching an interpretation of it. Using incredible and nuanced detail, Adjmi captured the frivolity, uncertainty and danger of a huge moment in world history without making it a history lesson so much as a commanding experience. A technically minimal approach paid off with a windfall of emotional and intellectual profit.

I held my breath as the lights faded out on MARIE ANTOINETTE. I was gobsmacked. We all were. We knew we had witnessed something amazing. Leaving the theater, people were buzzing with that kind of communal enlightenment that only can be brought about by a truly great work of art. It was the kind of production that has become too rare in New York City, but thanks to SOHO REP, not extinct. By allowing Taichman and Adjmi to take every risk the script and audience deserved, they created a play worthy of a Queen and the hungry masses that will find grateful audiences wherever it decides to go next. As for those producers that passed on this production, well... how's that cake? 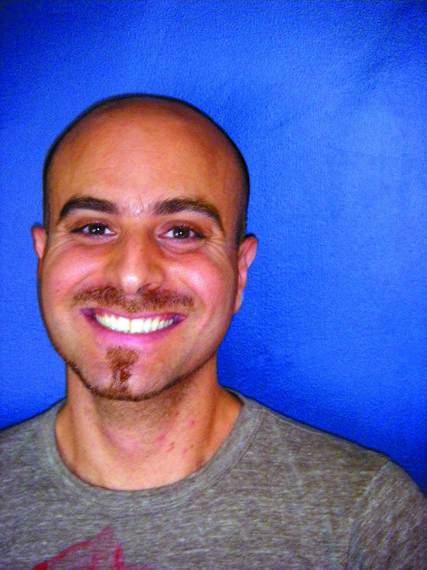