Iceland's efforts to this point - hiring a rural sheriff to investigate some of the most complex financial arrange- ments ever concocted, and supplying him with four assistants, who are barred from looking into bank accounts of the government-owned banks because of bank secrecy - have been a "joke." 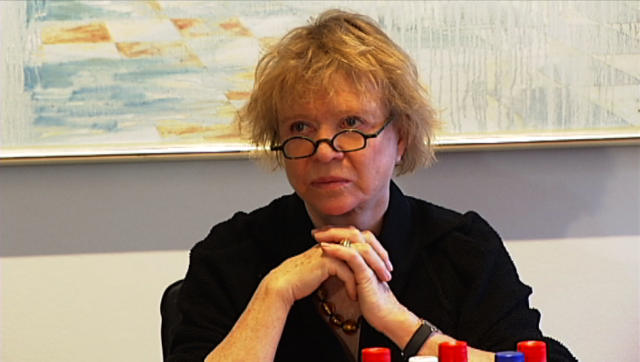 In a remarkable interview on Icelandic television last week, Eva Joly, the famous French-Norwegian investigative magistrate and corruption fighter, stated that an investigation of the financial crimes that resulted in Iceland's financial catastrophe (the kreppa) was necessary "for the social contract, for having the feeling of being at nation and living together."

Jefferson stated in the Declaration of Independence that one of the inalienable rights protected by this social contract is the pursuit of happiness. Happiness, however, is an amorphous concept. Ingenious experiments have been undertaken, complex studies performed, and innumerable volumes written to illuminate the concept, but ultimately it comes down to United States Supreme Court Justice Potter Stewart's statement (in a different context), "I know it when I see it."

According to the most widely used basis for determining a country's happiness--the United Nations' Human Development Report--Iceland had, as of 2006, the world's highest quality of life. Since, at that time, Icelanders also had one of the highest per capita incomes in the world, it would be easy to assume money can indeed buy happiness. It would also seem to imply that the kreppa and the ensuing decline in Icelanders' income will most likely result in greater unhappiness.

Fortunately, wealth is not a perfect measure of contentment. Icelanders were in second place on the UN's Human development index in 1980, when our incomes were lower.

Although a person who is worried about dying of starvation, disease, or violence is not likely to consider himself happy by any measure, once income and social stability rise to a certain level, there is little correspondence between wealth and happiness, according to University of Iceland sociology professor Stefán Ólafsson, who also is director of the university's Social Science Research Institute. In fact, Ólafsson says, "increasing competition and conspicuous consumption may even reduce it." It is a great relief for a starving person to receive a meal, but daily over-consumption will result in a decrease in pleasure and chronic illness.

Moreover, if we are all getting just enough food to get by, we will not perceive any injustice, but if some of us are starving while others gorge themselves, the government has failed in this basic mission, and a revolt is inevitable.

There is certainly a sense that there are two sets of rules, two systems of justice in Iceland: one for the very wealthy, and one for the rest of us. While we were all flying high, we looked at the excesses of the wealthy with amusement (and--probably--envy). But now that they expect us to pick up the tab for that spending spree, the Icelandic people are angrier and more unhappy that I've ever seen. We overthrew the government that failed to regulate the wealthy two months ago, but we still don't know exactly what happened to all of our money.

"There is a very important demand for accountability and fulfillment of justice," says Professor Ólafsson, "since people perceive the situation as such that extensive malpractice was prevailing in the country in the name of excessive greed. The innocent population is forced to pay the bill. So it is both important for reasons of justice and for acquiring back wealth wrongfully acquired and exported."

The interim government took its first real step toward achieving justice this week when Iceland's Ministry of Justice hired Eva Joly as a consultant. Ms. Joly had indicated during her television interview that Iceland's efforts to this point--hiring a rural sheriff to investigate some of the most complex financial arrangements ever concocted, and supplying him with four assistants, who are barred from looking into bank accounts of the government-owned banks because of bank-secrecy--have been a "joke." She stated that complete independence and a substantially larger staff of specialists were required, and the Justice Minister is in apparent agreement.

It is of the utmost importance that the Icelandic government carry through with this initiative as quickly as possible. For one thing, Joly said, most of the money is probably gone for good, but any recovery will depend on a prompt investigation. For another, new elections are scheduled for April 25th, and we will hold a constitutional convention soon thereafter. As I've said before, it will be nearly impossible for us to make an informed choice without some idea of what happened.

More importantly, as Professor Ólafsson reminds us: "What is at stake is preserving the social fabric and the basis for stability in the future. If that fails Iceland may drift towards persistent political instability, growing extremes and erosion of solidarity. Such a development would have further economic consequences as well, producing a downward spiral. For this reason many people perceive the need for more social democratic politics in the country in the future instead of the extremist libertarianism which prevailed since about 1995."