Sorry, Orson. This time we're invading Mars, not the other way around.

National Geographic's ambitious six-part series Mars, which launches Monday at 9 p.m. ET, presents a full-throttle, all-in vision of how we Earthlings might actually, seriously, really open a colony on the Red Planet. 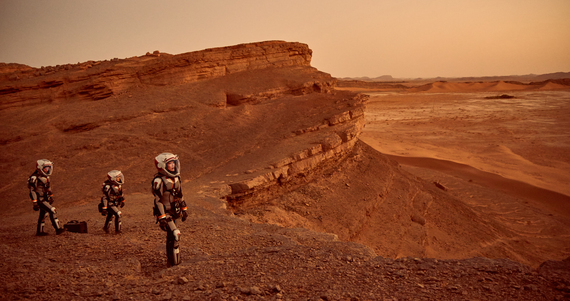 And not in some amorphous distant future. In 2033, which falls within many of our lifetimes.

Nat Geo is billing this as a docuseries, alternating screen time between two separate yet thematically intertwined productions.

The first part is a documentary on the history and feasibility of Martian exploration. While there remain skeptics, you won't find many of them here. The scientists, engineers and students of Mars all agree that it's only a matter of time.

Director Everardo Gout and the Mars team have pegged that time as 2033, which may be arbitrary, but generally dovetails with the two most concrete plans for a visit.

Entrepreneur Elon Musk's SpaceX project will send people to Mars in the 2020s, Musk vows, while NASA has penciled in its first Martian mission for the 2030s.

Author Steven Petranek, whose book How We Will Live On Mars provided much of the impetus for this series, says that eventually these two parallel development teams, private and public, will join forces and that their combined effort will make a Mars mission both inevitable and less dangerous.

There is some debate in the larger space exploration community whether the 2020s or 2030s is a realistic target date. The technology theoretically exists now, they note, but refining and putting all the pieces together for a real-life mission may turn out to be a more extended process. 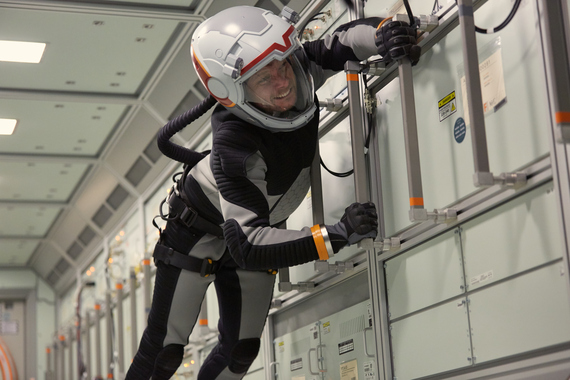 The other half of Mars, the series, is a fictional drama imagining that first mission and dramatizing many of the risks inherent both in the trip and in the colonization.

We don't know, of course, exactly what we will find on Mars when we get there. It probably won't be the one-eyed green Gumby-like figures we've seen for decades in low-budget science fiction.

We do know, the series points out, that those first colonizers will need to bring everything with them. That includes not just a good supply of underwear and an extra pair of eyeglasses, but more basic requirements like food, oxygen and water. Also some heating devices, since Mars is a lot further from the warmth of the sun than our current planet.

To say all of that makes the first mission daunting would be understatement. On the positive side for TV viewers, all those dangers provide plenty of dramatic material for the fictional expedition. 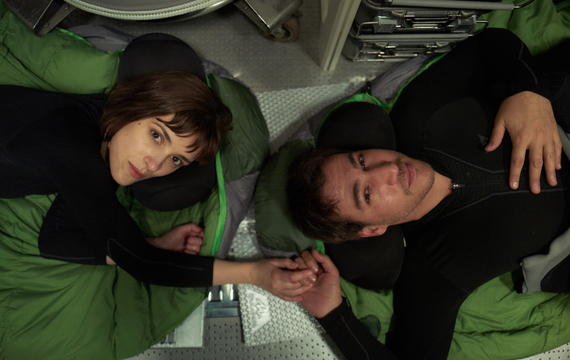 Gout, Petranek and others stress that while this story of that expedition may have been made up, the science behind it is accurately portrayed. If you see it on the screen, they say, it's something the real-life explorers will also see.

That means some problems will not be resolved with 100% satisfaction and survival. If an explorer needs an experienced cardio-thorassic surgeon for an emergency operation on Mars, that explorer may be out of luck.

Still, Petranek is among those who think a Mars colony is imperative for human survival. He notes that Earth has suffered multiple extinction events in the past and argues that it's only a matter of time before the next errant meteorite ends life as we know it on this planet.

Mars, he says, is our best backup plan.

Many other real-life folks, though, like many of the characters on the fictional mission, want to go to Mars for another reason: because it's there.

They see Mars as the modern-day equivalent of the New World to which Europeans sailed in the late 15th and early 16th centuries.

Those explorers too were plunging into the unknown, betting everything they could arrive and survive, because there was little or no chance of getting help if they couldn't manage on their own. 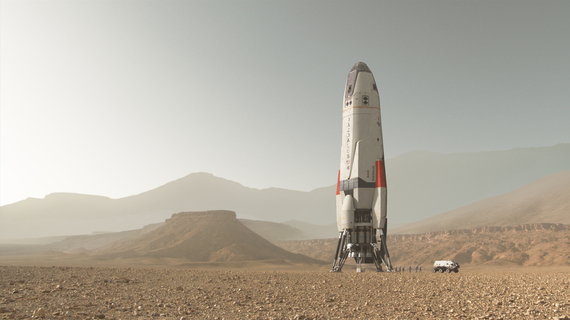 It may take a special kind of person to seek that thrill, but there are apparently no shortage of those special people, since the real-life Martian missions have legions of eager volunteers.

National Geographic's Mars series, while it doesn't minimize or sidestep the risks, will only increase those legions.