This article originally appeared on NYCWoman.com.

Expert tips for being supportive and staying connected to your grandkids

For the past six years, Sue and Stan Howard have been going through a tough divorce. During that time, they’ve spent “an outrageous amount of money” on legal fees; suffered many a sleepless night over custody and visitation concerns; been forced to reschedule business and social appointments to accommodate the vagaries of court calendars.

And yet Sue and Stan recently celebrated their 42nd wedding anniversary. It is the breakup of the marriage of their daughter, Pamela, that has turned their lives upside down. (All names of family members in this article have been changed.)

The Howards’ story is a tale of our times. The Census Bureau has not collected data on divorce in America since 1996, but some experts say upwards of 40 percent of first marriages are legally severed. When this happens, the parents of the separating couple often find themselves devastated as well.

Consider Kate and Phil Bressler’s shock and anguish on the night, a decade ago, when a phone call from their daughter Liz jolted them awake at 2 a.m. “My marriage is in trouble,” she told her mother, sobbing. Kate was shaken. “Liz and Mark had been married for three years,” she says. “The small French restaurant they had started was doing well. More important, they had a beautiful, healthy child, Gideon. Phil and I thought that they had a wonderful marriage. What had happened?”

At 5 a.m., Liz called again. “Mark’s having an affair,” she announced, long pauses separating the words. “It was as if she couldn’t quite believe what she was telling us,” Kate says. “We were nonplussed. You want your children to be happy and they’re not, and you’re powerless. It’s a terrible feeling.

“That was 10 years ago, but in my mind it’s as fresh as yesterday,” Kate adds. “Everyone loses innocence when there’s a divorce in the family. We become hardened. Even if things eventually work out, divorce changes us — parent and child.” (Liz is now happily remarried and has a second son.)

(MORE: How to Help Your Unmarried Child Find Love)

When Your Child Is the ‘Guilty’ One

When parents learn that their child’s marriage is coming apart, notes Marsha Temlock, the mother of two divorcées and author of Your Child’s Divorce: What to Expect — What You Can Do, “some get angry; some become depressed; others are confused, anxious or fearful. Some are relieved that their child is escaping a bad situation. But whatever their reaction, parents need to be reliable.”

That means loyal, even if, to the parents’ dismay, it is their son or daughter who had the affair or walked out. “Loyalty is a big issue for people going through a divorce,” Temlock says. “They want their parents’ undivided support. In divorce, as your adult children see it, neutrality is treason.” But, she’s quick to add, “Showing loyalty is not the same as saying, ‘I agree with what you’ve done.’”

How do you support your “guilty” child but also express your feelings of distress and disapproval? I posed this question to Shelly Goldklank, director of the psychodynamic track at Ferkauf Graduate School of Psychology at Yeshiva University, who specializes in couples and family therapy.

“The best thing to do is to first listen to your child and imagine the two sides of the story,” she says. “Of course you want to be supportive, but you also want the child to understand that an affair is a stupid solution to a real problem in the marriage. If your child is the guilty one, I do think he or she needs to learn what that real problem is, what his or her contribution was to it and how to find a better solution. You want to encourage your child to get into therapy — to understand the underlying reason for the betrayal so as not to repeat it in their next relationship.”

Some parents can’t tamp down their shame and sadness over a child’s wrongdoing. Deborah Merrill, a sociologist at Clark University, told me about a woman, Carol, whom she met while doing research for her book, When Your Children Marry: How Marriage Changes Relationships With Sons and Daughters. “Her son had been divorced three times, and in the second marriage he was abusive to his wife,” Merrill says. “His wife actually stayed with Carol when she left her husband.

“Carol could not condone what her son had done, and the two did not see each other for a couple of years, until he married again and got back in touch with his parents. But Carol remains in touch with the second daughter-in-law, whom she loves, and sees the grandchildren from that marriage fairly regularly.”

(MORE: For the Sake of the Kids)

“When the divorcing family includes children,” says Arthur Kornhaber, a psychiatrist and the president of the nonprofit Foundation for Grandparenting, “senior family members have two ways of being involved: to offer sanctuary for the grandchildren and support for the divorcing parent.”

Far too many grandparents can’t do either, however, because animosity often leads custodial parents to deny the in-laws access to their grandchildren. But even if the custodial spouse doesn’t try to block grandparents’ visitation time, the constraints imposed by a joint-custody arrangement can effectively do the same thing. This is where “the kids’ problem” can become yours.

Carla Janson, whose daughter, Lauren, shares joint custody with her ex-husband, laments, “When a mother is with a child all the time, she’s probably thrilled to let him visit with the grandparents. But if Lauren has only two weeks a month with her kids, she doesn’t want to give up any of that time. And her ex-husband, Hank, certainly won’t let us cut into his time. It might not be a problem if we lived nearby, as Hank’s mother does, but when you live at some distance and want the grandchildren to spend time with you, it’s an issue.”

(MORE: 7 Ways to Be a Cool Grandparent)

When you do see your grandchildren, you need to be mindful of how you talk about his parents. You can cause invisible damage to the very people you’re trying to help if you speak ill of the ex. “It is important for the grandparents to remember that a former son- or daughter-in-law is still the parent of the grandchild and that they would be best served by keeping as positive a relationship with them as possible,” says Adam J. Berner, a lawyer who specializes in matrimonial mediation.

Berner adds, “Unless your child is firmly opposed to it, a good thing to do is invite the former in-law to meals and to holiday festivities. Grandparents are able to model a more mature approach to dealing with a divorcing spouse, recognizing that there still are family bonds, that it’s a transition. When managed wisely, divorce can be seen as a restructuring of a family, not as its destruction.”

Kate Bressler has learned that lesson. Ten years after her daughter’s 2 a.m. telephone shocker, she’s able — at least at family get-togethers — to suppress her dislike of her son-in-law. When I asked how she’s been able to do that, she replied, “You just do it. I have nothing against the in-laws. Mark’s mother is a lovely woman, and we have a cordial relationship. What her son did was not her fault. It’s harder to act warmly toward Mark, but when I see him, I’m polite.”

“Liz made a happy second marriage, so it’s easy to be forgiving,” I said.

Read more on Next Avenue:

How To Live Through Your Child's Divorce
Celebrity Divorces That Were Supposedly Amicable...But Weren&#039;t 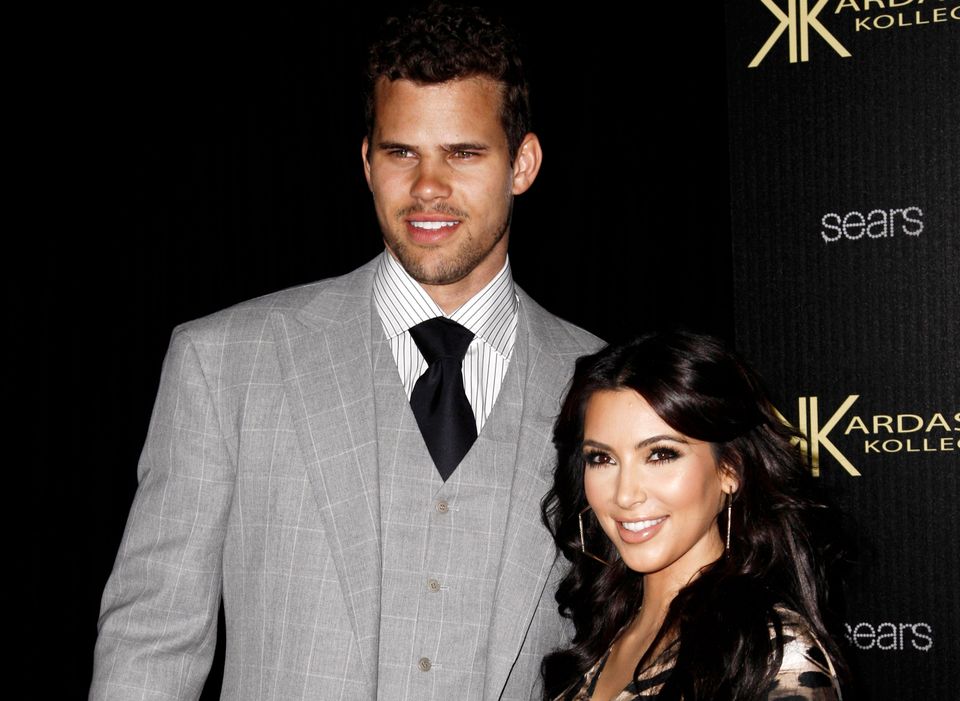 1 / 5
Kris Humphries and Kim Kardashian
In October 2011, Kim Kardashian <a href="http://news-briefs.ew.com/2011/10/31/kim-kardashian-divorce/">filed to divorce</a> basketball player Kris Humphries after just 72 days of marriage. The reality star <a href="http://www.eonline.com/news/272506/it-s-over-kim-kardashian-files-for-divorce-from-kris-humphries-i-have-decided-to-end-my-marriage">said in a statement to E!</a>: "I hope everyone understands this was not an easy decision. I had hoped this marriage was forever, but sometimes things don't work out as planned. We remain friends and wish each other the best." But their split turned out to be less-than-friendly when Humphries <a href="http://www.people.com/people/article/0,,20549809,00.html">filed for an annulment </a>on the basis of fraud in November 2011. Lawyers for both parties have since accused each other of unnecessarily <a href="http://abcnews.go.com/Entertainment/kim-kardashians-divorce-getting-nastier/story?id=17013570#.UGT9Y_mfGRm">dragging out the divorce proceedings</a>, which have lasted far longer than the estranged couple's quickie marriage.
AP