When his mother started losing her memory, Joe Fraley of Duarte, California discovered that music really does heal almost everything. Fraley, 33, who has been making music for over a decade, recently shared this sweet video of the magical moment he started playing a new song for his mother who suffers from Alzheimer's.

At first, his mother appears bewildered, asking a stream of questions. But as soon as he starts strumming his guitar, she lights up, even singing along to the lyrics at one point.

"I posted it basically just to have it, privately at first," Fraley said in an interview with The Huffington Post. "I didn't really have any plans on really sharing it, but I felt compelled to when she no longer had those reactions that I found so beautiful."

His mother, Judy, 70, was recently moved to an assisted living facility after being diagnosed with the memory-robbing disease about two years ago. Fraley says she no longer is able to recognize him when he visits her, but has always been his biggest supporter when it comes to his music.

"She would always love my songs and hearing them ... when she got Alzheimer's, I would play to her not just for the sake of playing to her but it was therapeutic -- because I felt it would relieve her pain," Fraley says. He says he sometimes takes his guitar with him when he visits her, playing for the other residents as well.

Make sure you grab the tissues before you watch. 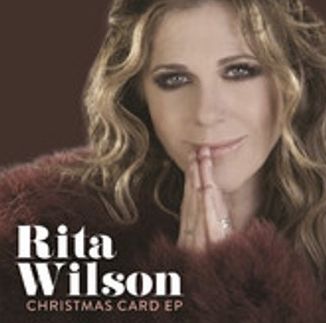 1 / 6
Rita Wilson: 'Christmas Card'
Rita Wilson's new EP, "<a href="https://itunes.apple.com/us/album/christmas-card-single/id580595683">Christmas Card</a>," features covers of her favorite Christmas songs. Download "The Christmas Song" and "Silent Night" on iTunes today to get yourself into the spirit of the holidays.
<a href="https://itunes.apple.com/us/album/christmas-card-single/id580595683">iTunes</a>