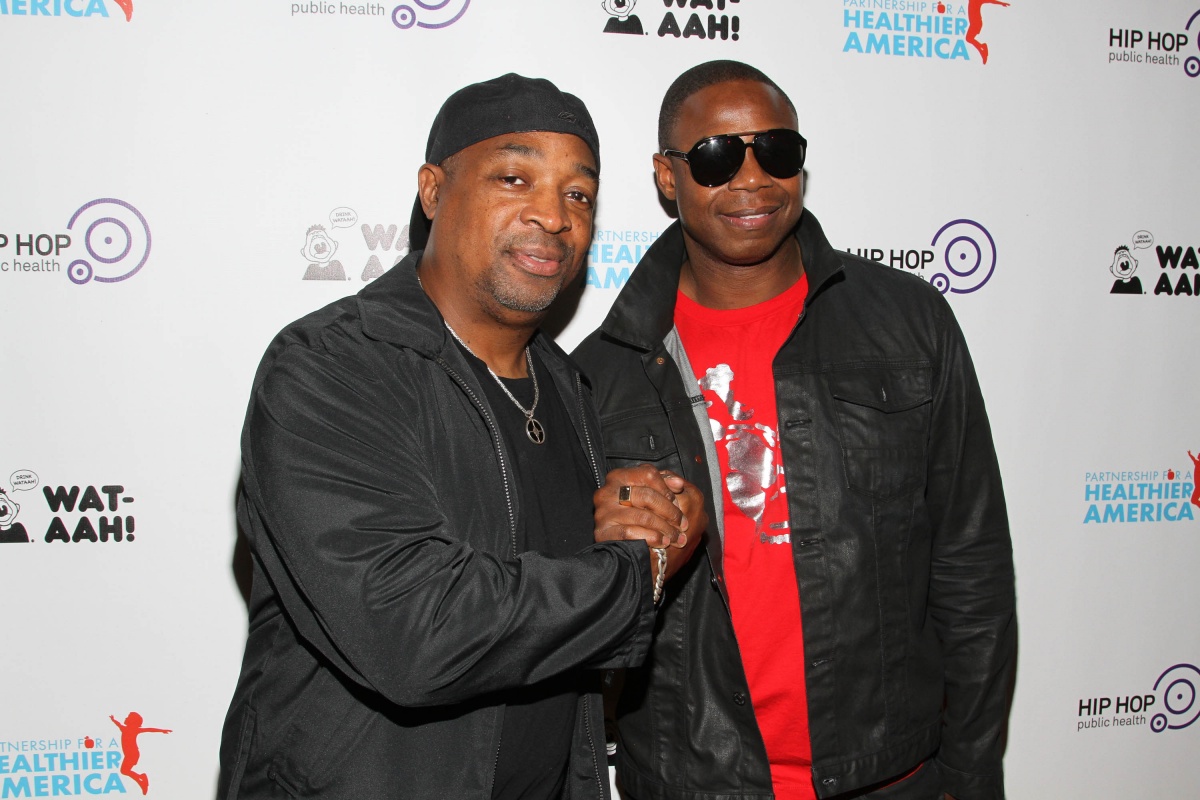 Fresh admits that it can be challenging to live a healthy lifestyle but his secret is to begin with a positive outlook on life.

Spiritually I try to live right and do right by people. I do my best to exercise, eat right and keep my mind and body in the best of shape. Living in the world is not easy but if we do some or one of those things we will be okay. -- Doug E. Fresh

Although he does not appear on the album, Chuck D has consistently used his role as a member of legendary hip-hop group, Public Enemy to deliver important messages. So it only makes sense that he'd support an album that uses hip-hop to fight childhood obesity. "Hip-hop is about words and this project is not just about the nutrition that goes in the body but also positive words," he says. "Words can start peace or start war or help people realize things they might have overlooked. That's when this art form is at its best."

Hip-hop recording artist, Rah Digga knows all about the power of music to transform lives which is why she has launched a Kickstarter campaign to raise $20,000 to develop the NJ Dance Network, a community center empowering youth through the performing arts. The New Jersey native plans to have the center located in downtown Newark, one of the nation's hardest hit areas when it comes to violence and poverty. While Mayor and Senate candidate, Cory Booker has received praise for his efforts to improve the image of Newark by attracting new businesses to the area, Digga believes that more needs to be done to directly impact youth.

I applaud Cory Booker for making the city look better but I feel like the things built in the city aren't necessarily benefitting residents in Newark. It makes downtown look good but three blocks away the gang element is still so prevalent. I see more cases of girls getting murdered now. So it will take more than luxury apartments since that's not really fixing the infrastructure of the problem. -- Rah Digga

Digga has plans to run for political office, but in the meantime she hopes that her campaign will send a message to constituents that they don't have to wait for politicians to create change.

I speak with parents and community leaders and they are upset with the politicians. But I'm trying to tell parents that we need to do this for ourselves. These politicians don't have kids in these streets like that so we as a community have to tighten the reins on our own. -- Rah Digga

Like Rah Digga, country singer-songwriter, Kandia Crazy Horse is not relying on any system to advance her mission. With her debut single, "California," from the forthcoming album STAMPEDE, Crazy Horse aims to break further ground in country music for Black recording artists.

Blacks are still not associated with country [music], despite them being integral to the roots and development of the genre. I don't conform to people's preexisting notions of country and my music is the start of my striving to mesh with the cultural face of country. -- Kandia Crazy Horse

Black roots in country music run deep from Rufus "Tee Tot" Payne being a mentor to Hank Williams to the modern commercial success of Darius Rucker. Still the decision to forge ahead into a genre that lacks diversity takes a certain amount of courage. Crazy Horse has built that strength through her years as a rock critic challenging music's status quo and upending the narrative that rock music is exclusively White in her book, Rip It Up: the Black Experience in Rock & Roll.

Being a Black female rock critic in the past has often placed me in the same straits as artists who don't get proper credit when it comes to rock and country. But I am being hopeful and brave that I can overcome regardless and make my place in country's legacy. STAMPEDE definitely displays a personal calling to carry on. I've got to do Georgia proud.