I awoke this morning to a glorious warm and sunny day, unusual for mid-November in Toronto. I decided to take Lucille for a walk in our favourite ravine, perhaps for the last time until spring. The day was truly spectacular, sun streaming through the trees, lots of dogs and squirrels for Lucille to chase, warm enough for me to open my jacket, showing off my brand new necklace that featured a key with the word 'amour' (French word for love) engraved on the front.

We walked up and down the narrow leafy path, stopping briefly to chat with fellow hikers and their doggy companions. Often I am in my own special world and not quite in this one. I have been known to trip and fall more than the average traveller, and today was no exception. I don't know exactly what happened but my foot must have caught on a branch that was covered by the fallen leaves. Boom! Down I tumbled! Luckily other than my ego, nothing was bruised. As I stopped to collect myself, Lucille came running over as if to ask "Are you ok?" I was touched by this act of doggy devotion, so I kissed her little head, shook myself off, grabbed Lucille's leash and headed home.

Merde! (French word for poopoo) My keys must have fallen out when I took that tumble. As I checked in my pockets I realized that not only did I not have my house keys, but my car key with its pricey fob was gone as well. So back we trudged - actually I trudged; Lucille happily bounced along grateful to be brought back again, to the woods.

I began looking for my keys, feeling optimistic as that is my nature, but after fifteen minutes of sifting through leaves, my bright and shiny optimism was beginning to dim. I thought of calling it a day, but my motto for 2015 has been 'close the deal'. This particular saying works for me, because traditionally I have not stayed the course, choosing instead to check out at the first sign of difficulty.

As I began to repeat my motto (out loud, scaring small children) a memory began to surface. I remembered reading that when Fred Rogers was a child (star of the children's show Mr. Rogers' Neighborhood) he was disturbed with the violence that he saw on the local news. His mother told him to look for the helpers, that he will always find people who are helping.

Traditionally, I am not the person who asks for help easily. My life experience has not shown me that there were always helpers, in fact the opposite was true. I have often felt that I was alone in this world; without help and without agency. Today however, I mustered my courage and started to look for the helpers. There were people when approached that just walked/jogged on by, but a surprising number were helpful; a gaggle of women from out of town, families walking with their children, a few solo sojourners. After searching for about an hour, Lucille and I met a man with his dog, a German Pointer. l asked the owner if his dog was a hunting dog, and he answered in the affirmative. "That's great!" I said, "Do you think he can locate my keys?" The dog, whose name was Gustav, started up a hill with Lucille in close pursuit. Shortly after I heard Gustav's owner say something about keys. What!! Could my keys actually be found??

I moved closer to hear what he was saying. He shouted, "Your dog found your keys!" Lucille found my keys ( both sets) as well as my lip balm, and a little chain with a doggy bone on it. Lucille is my hero! I thanked the man and his dog, and began the walk home, a little tired, a little sore, but ridiculously happy. 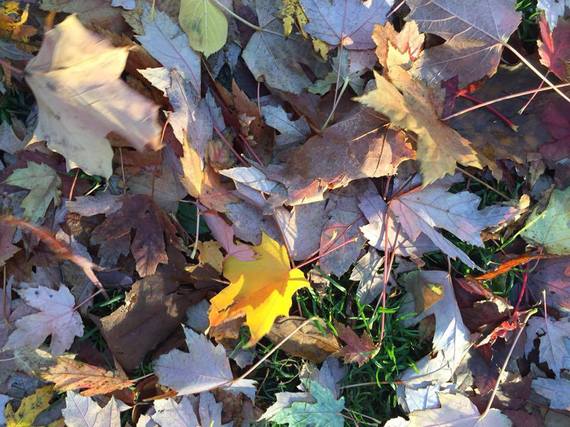