Two Of The Coolest Spots in Los Angeles

In the city that houses Hollywood, cool is a relative term and often changes from minute-to-minute in these days of flying information. This is the town of what's in today is out tomorrow and you're only as good as your last project. Disposable culture in some ways; lasting icons in others. It's a dichotomy to say the least.

As I enter my fourth decade of living in the area and being in the entertainment industry, believe me, I've seen it all, and I'm a pretty good judge of cool if I do say so myself.

That's why I'm so impressed with two very different, yet very cool, venues for fun in Los Angeles.

First is Sonos Studio located at 145 N. La Brea. There's a great story here at the Huffington Post about the particulars of it all; it's the implementation of the concept that makes the place cool.

First of all, it's a place built around the incredible Sonos products. Yes, I'm a fan. I have two of their Play:5 wireless streaming audio players which let me listen to just about everything online. Since I'm in talk radio, and since progressive talk radio is dwindling around the country, it seems one of the few ways to be guaranteed something other than one opinion is to stream it through Sonos; Add in the subwoofer and the sound rivals the highest end audio component (yes, Bose, I said it). Spotify, iHeart Radio, Sirius/XM, Pandora, your own music library and countless others services stream through the Sonos devices and sound good doing it.

But it's also built around enjoying the music you're listening to; sharing it, living it. Beck was there Thursday, February 21 for a debut of his interactive Songreader exhibit; Alanis Morissette debuted her latest album there and sang a four-song acoustic set. Whether it's an indie band, a spirited label like  Aquarium Drunkard presenting "No Jacket Required," an LA Music night with Allah-las and Tashiki Miyaki, a presentation on how to get a record out with the How to Make an Award-Winning Record with Deadmau5 and Tommy Trash, (Best Remixed Recording" GRAMMY nominee for his remix of Deadmau5 "The Veldt") or Grammy nominee and R&B sensation Janelle Monáe belting out a tune -- if it's happening in music, or about to, it's at Sonos Studio.

And it's not just the place, it's the people and the philosophy. Each of these events gathers an eclectic group of tastemakers, professionals, hipsters, anti-hipsters, music industry professionals, singers, musicians, writers, artists, celebrities smattered about all centered around listening to great music, viewing art that is often interactive and basically making music an experience. Where else could I be asked by a stranger to hold her dachshund  =while she went to the restroom or run in to Andy Samberg in the listening library? Only at Sonos. Both the studio and the system are building a musical philosophy that music should be accessible, sound great, challenge the listener and be a shared experience amongst friends, artists, and those that love it.

And this philosophy is one that could work nationally and internationally; but not in a "chain" mentality. The coolness of Sonos is the uniqueness of the space, the events and the crowd. It's a neighborhood feel, like happening on a really killer house party. It's more organic than a House of Blues or other such venue, more experimental and interactive. The studio is open Wed-Sun 12pm to 6pm and check out the website for special events. So far this is the only Studio, but again, being innovative, Sonos is taking the Studio on the road for the South by Southwest (SXSW) gathering in Austin where it will find a temporary home for the conference.

Another gathering place built around the concept that going out should be more an experienced to be enjoyed by a variety of senses is The Lash located at 117 Winston Street, downtown Los Angeles. It's one of the places you have to know about, or you would simply pass it by. It's on the bottom floor of a redeveloped building in the heart of downtown and combines neighborhood bar, classic pub, trendy nightspot and underground club all in to one exciting new hotspot.

Los Angeles musician Ross O'Carroll along with creative director Erik Hart has created a unique environment; one whose atmosphere harkens back to the pubs of Ireland (having been more than once I can attest) where everyone is welcomed, drinks flow and conversation follows. Perhaps it's his Irish roots. His parents, Cormac and Trish O'Carroll, were on hand the evening I attended, and they are as delightful as Ross, and were the center of attention holding court in the corner of the room.

"Hey, where did you hear about this place," or "I didn't know this was here" was heard throughout the evening, as locals found their way in to the unique space and began enjoying the not one, but two, DJs.

And what a space. Hart has taken all kinds of design elements and formed them in to one venue. The hall that connects the front bar to the back feels like the tubes in London, and should, the tiling could have been lifted off the walls of a station yesterday. The black and white theme throughout, with metals, broken masonry and building materials and even a custom disco ball designed with the Haas Brothers creates a mood to fit any party, be it meeting someone for a quick pint after work to a full blown dance fest.

The crowd is also the star. I went with two friends, both gay (OK, one on the fence, the other full on) and then, of course, there's me, about as flamboyant as one gets. But we weren't even a blip on anyone's radar, especially when a guest arrived in full matador regalia. Straight, gay, in between, it doesn't matter (much like pubs in Ireland), what matters is are you there for a good time, to chat, to drink, to dance? If so, then you're in the right place; leave your stereotypes and prejudices at the door.

If you've read my columns here at the Huffington Post, you know I love another club in L.A., run by David Arquette called Bootsy Bellows. It's another place that has the accepting environment, a unique atmosphere and an incredible host. Add The Lash to the list of places now worth the trip to L.A. to attend. It's an incredible collaboration of family and art, of pub and dance palace with a crowd more interested in who you are than what you are.

And don't let the location fool you. Yes, it's downtown. Yes, you enter through a side door next to a parking lot. There's plenty of lit parking, an enormous door man that could stop a freight train, and heck Ross, the owner, lives right up stairs in the redeveloped condos. It's what downtown redevelopment is all about; creating spaces that people want to attend, that have a local feel but an international mood.

Los Angeles is lucky to have Sonos Studio and The Lash within 20 minutes driving of each other. The city keeps getting cooler and it's venues like these that make it that way. Ross O'Carroll deserves his club to be a success, it's built with not just marketing or dollar signs in mind, but a sense of family, of pride, and the creation of a place for all to feel comfortable. I certainly did, as did my guest. Sonos continues to change the way we listen and interact with music, and their Studio is a prime example of how art can continue to grow, expand and entertain. Visit both, they're worth the trip to L.A. from anywhere in the country if you love music, friends, and of course, want to be some of the coolest people you know.

PHOTO GALLERY
Sonos and The Lash: Two of the Coolest L.A. Spots

To hear The Karel Show live daily go to the website, or get the App for iOS or Android 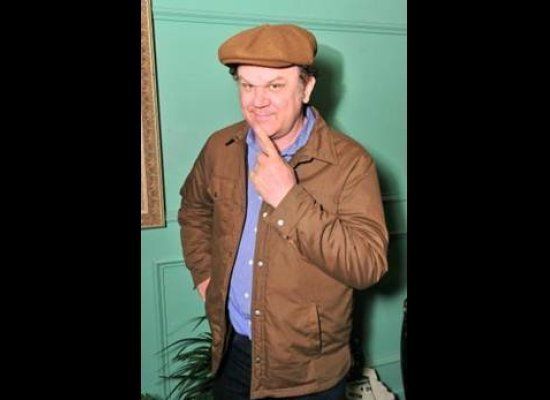