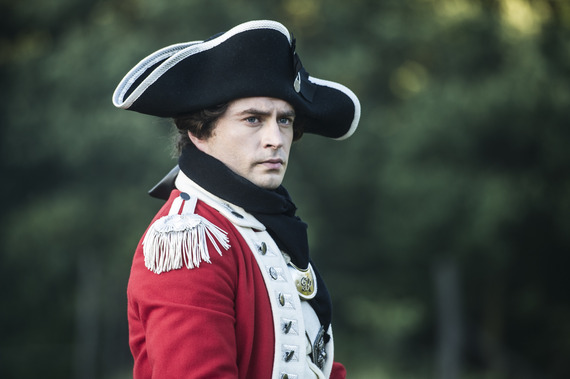 Irish actor Kevin Ryan has a thing for period pieces. Americans most widely will recognize the actor for the BBC America show, Copper which focused on the New York city circa mid-19th century (think Gangs of New York). Now he finds himself once again in period garb with History Channel's latest venture into scripted programming, Sons of Liberty,"a three-part mini-series which debuts Sunday, January 25th. This time around he plays Major John Pitcairn, a British officer stationed in that rebellious hotspot Boston, Mass., circa the advent of the Revolutionary War. Co-starring Ben Barnes, Rafe Spall and Henry Thomas, Ryan spoke briefly about who some of his heroes are in real life, playing period once again, and what his family back home might think of this Irishman playing British.

You've got a British accent. You're an Irishman. Did it feel weird to hear yourself?
KR: It always feels strange hearing yourself recorded, but in a sense you have to approach it with a sensitive ear to find the voice, accent, sounds and pronunciation on any dialect. Understanding phonetics helps, finding the character and their voice is as much of the process also. Pitcairn was actually Scottish, and I wanted to portray him in a believable way and do him justice in my portrayal. He was one of the few that did not purchase his commission and earned his rank. Knowing this, I looked into his life inside and outside of the military through a lot a lot of research and found that the voice for him would be that of molding into the upper echelon of the British Empire and with that bringing an upper-class British accent that would fit into his position and represent England. 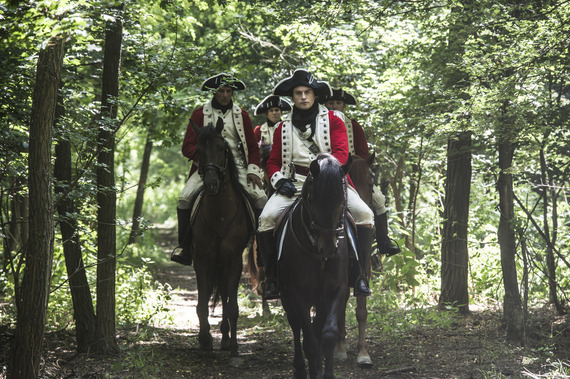 Your family is back in Ireland. What do you think your family back home will think of it?
KR: My family is hugely supportive of my work; but saying that, they don't hold back. I hope they like it, otherwise I'll never hear the end of it...

This mini-series showcases the Revolutionaries as rebels - why do you think it was important to position them as such?
KR: They were rebels. Boston was under British rule and they were creating an uprising towards the government. Even in modern society, action has to be taken on any stronghold being a threat and this was the case. Playing it from the British side gives a very different perspective to the sons, obeying the law is number one and upholding it is another aspect. The British sent over a lot more soldiers after the tea party because control was obviously becoming an issue with the government structure that was already in place and they needed to strengthen their presence to keep control. Clearly they didn't send enough which for America as we know it was obviously a great element to the birth of the nation.

Tell us a funny story of something that happened on set.
KR: I really had a fantastic time while shooting on this. There was about 75 cast members, we shot during the world cup so there was a lot of fun to be had. As well as riding horses and firing guns, what's not fun about that?

How much do you think people are going to get this mixed up with Sons of Anarchy?
KR: I can see how easily somebody could confuse battling for a country on horseback in the 1770s with riding Harley Davidsons in a gang so I think they will be very mixed up. As least we might get their very loyal fans and trick them into watching our show.

Americans for the most part have only seen you in period garb (BBC America's Copper, and now this). When will we see you in 21st century attire?
KR: I just wrapped a film that will be out this year entitled Enclosure' which takes place in present day. It felt strange having a cell phone in scenes... that is one thing I don't miss in period films/shows is the use of computers and cell phones. Also, the make-up, hair and wardrobe is a lot faster and easier of a turn-around on present-day gigs. 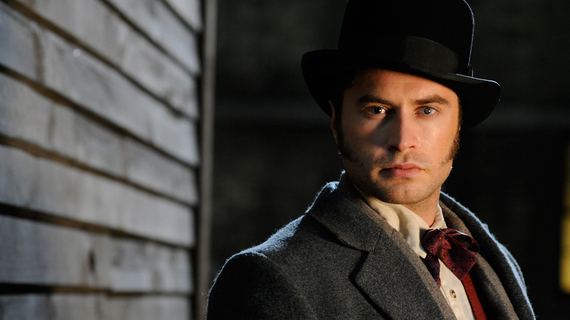 Did you know much about this time in American history beforehand and what did you learn about it working on this show that you didn't know before?
KR: A huge amount of research had to be done to even approach this. I taped initially for Paul Revere and felt a lot had to be done just even for the audition process which is part of being an actor that I love. I am a huge history buff but saying that the American Revolution was not a subject that I knew in great detail so a lot of books were read and documentaries were watched, anything or anyone I could get my hands on for information I did, you have to be like a sponge with the details on something like this to pull it off and I felt like everyone onboard was. Playing Pitcairn required not only researching the U.S. side but also the British. I wanted to understand where they were politically on their home soil as well their presence abroad and all aspects of their structure of military home and away so it was a bit of work to say the least. Inevitably the producers must have thought I was a better fit to play the redcoat villain as they guided me to the dark side.

Let's talk American heroes: Who is your favorite in American history?
KR: I would have to be biased and say John F. Kennedy or President Obama due to their Irish connections.

Sons of Liberty debuts Sunday, January 25th at 9PM on The History Channel and continues Monday and Tuesday.