"Coming soon to a theater (and home streaming device) near you."

Hollywood behemoths Sony and Disney have begun testing an unorthodox business model in South Korea: Releasing major films for on-demand home viewing shortly after their theater release, according to a report by The Wall Street Journal. So far the service has been tested over the past several months on a few 2012 releases, including "Django Unchained," "Brave" and "Wreck-It Ralph."

Apart from experimenting with a new film distribution model, the move is also seen as an effort to curb piracy in South Korea, which is the world's eighth largest film market (the United States is No. 1). And with the world's fastest Internet connections by multiple accounts, South Korea is well-suited to deliver high-bandwidth content like feature films.

The model has limited precedent in the U.S. Notable examples include last month when director Shane Carruth released his new film "Upstream Colors" on iTunes and Amazon Instant only a month after the film had entered theaters. In 2006, Hollywood darling Steven Soderbergh released his film "Bubble" in theaters, on DVD and on demand on the same day.

Still, it's hard to see this model catching fire for studios in America, particularly because of the wedge it would drive between them and major theater chains, who have the most to lose if Americans stop going to movie theaters. The Journal noted that top cinema chains such Regal and AMC will not show films that don't have at least a 90-day "window" between theatrical release and home release. The rationale is that many viewers will forgo the cinema if they can watch movies at home.

For all the industry hand wringing, the film business had a record-breaking year in 2012, with $10.8 billion in tickets sold. But thanks to more video options for viewers -- among them Netflix and Redbox -- movie studios have seen U.S. sales of DVDs and Blu-ray discs fall by a third in the past seven years, dropping from $10.3 billion to roughly $7 billion. For less expensive productions, such as low-budget or independent productions that see limited releases, the model is a golden opportunity to reach more viewers than a normal theatrical release would allow.

Sony, Disney Are Testing Streaming Films Online While They're Still In Theaters
Netflix Tips And Tricks 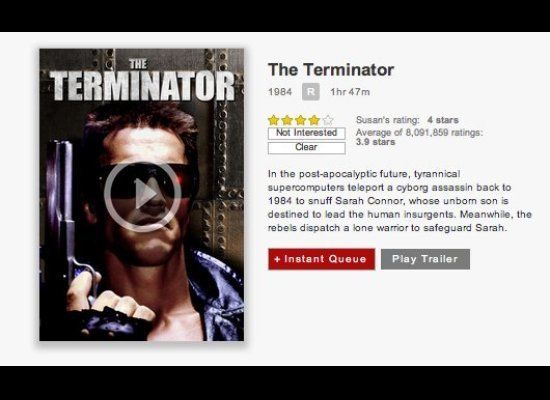