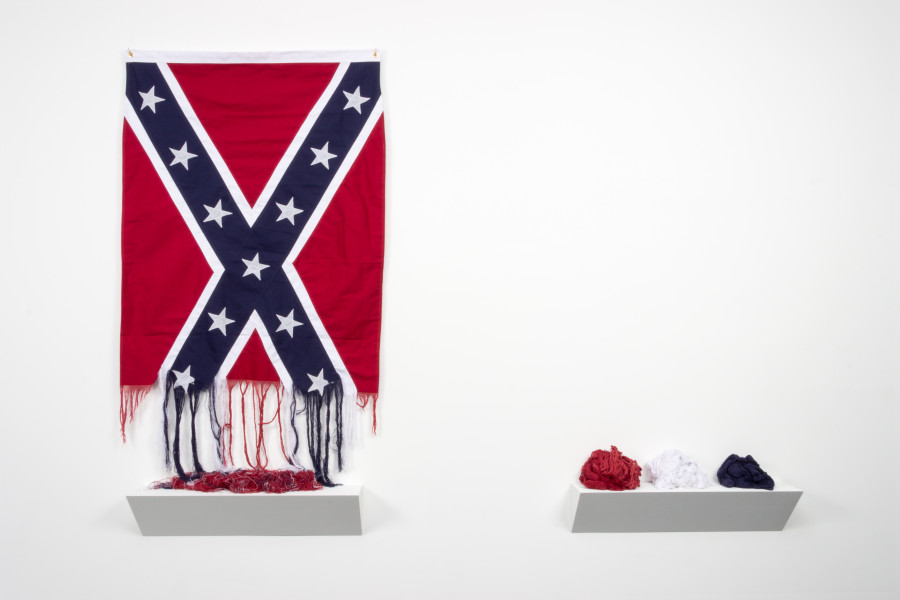 "It’s not an easy task. This is the thing. It’s not an easy thing to undo," Clark explained to Leila Ugincius of Virginia Commonwealth University "Thread by thread. It’s a little frustrating." Although this sentiment primarily points to the physical act of deconstructing the flag piece by piece, it also extends to the slow and toilsome task of dismantling the ideals of the Confederacy and the notion of racism in the United States.

"The performance of it is almost a meditative kind of ‘what does it mean to undo the symbol?’" Clark continued. "What does it mean to then use the raw elements that came together to make this symbol? To take them apart and potentially make something new again out of that?" 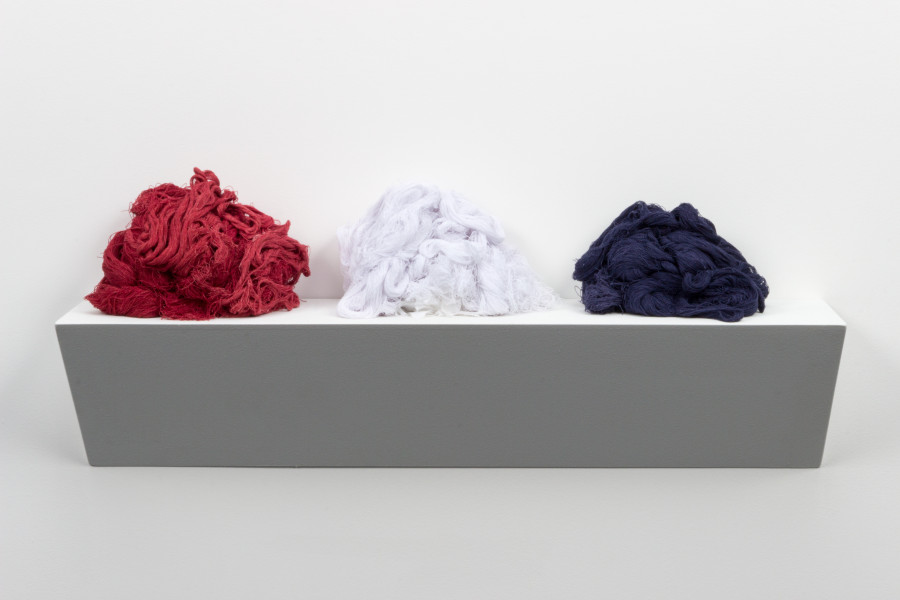 Clark began the undoing process in her studio on the 150th anniversary of the Civil War. She'll continue to unthread the loaded symbol before an audience at Mixed Greens Gallery in New York, as part of the exhibition "New Dominion."

The name "New Dominion" riffs off the term "Old Dominion," which has served as the state of Virginia's nickname since the mid-17th century -- back when it was only a colony. The time-honored epithet, coined by King Charles II, references Virginia's allegiance to the crown during the Civil War in England. The contemporary art exhibition, featuring only artists living and working in Richmond, Virginia, explores the tension between past and present in Virginia today.

Virginia's history is littered with pride and shame, glory and violence, pain and progress. As you likely know, the state seceded during the Civil War and served as the seat of the Confederacy. Fast forward 150 years and Richmond is a burgeoning cultural capital stocked with breweries, bicycles, street style, and of course, a singular art scene, grown from the city's unique hybrid history of celebration and struggle.

Clark was born nearby in Washington, D.C., to a psychiatrist from Trinidad and a nurse from Jamaica. "I gained an appreciation for the value of the handmade, and the stories held in objects from my grandmother who was a professional tailor," Clark explains in her artist statement. "Many of my family members taught me the value of a well-told story and so it is that I value the stories held in objects." 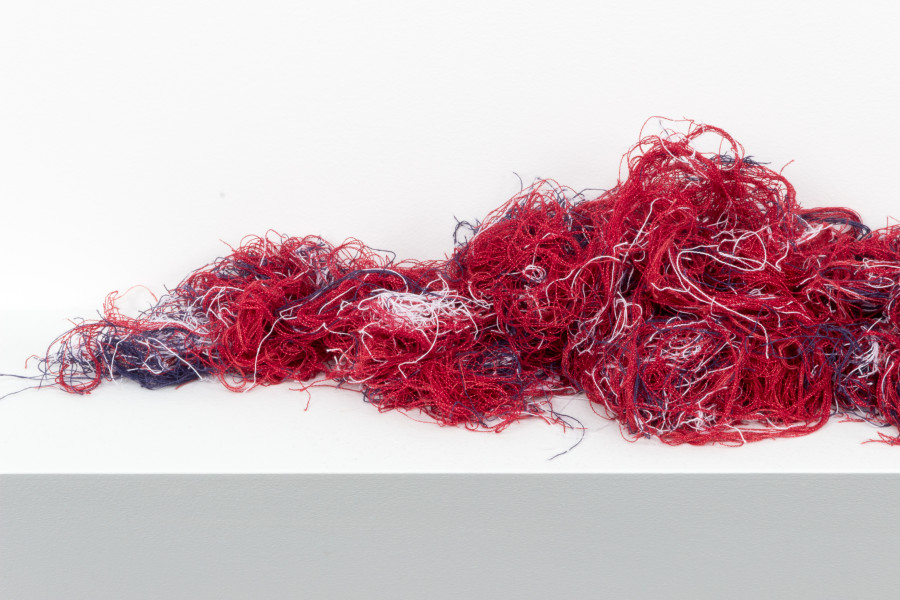 Her upcoming performance at Mixed Greens Gallery, "Unravelling," combines her interest in symbols, race and identity with a passion for unconventional takes on traditional craft techniques. Clark will invite audience members to collaborate with her in deconstructing the many threads of the polarizing emblem, along with special guests including curator Lowery Sims and civil rights lawyer Olatunde Johnson. The physically time consuming and demanding ritual will allow visitors to reflect on the ways the state and country have changed over the past 150 years, as well as what changes we're still waiting for.

It's no coincidence that the performance arises amidst the Black Lives Matter movement and recent tragedies in Ferguson, Baltimore, and Cleveland. Clark's piece subtly alludes to these contemporary manifestations of hate and confusion, prompting viewers to contemplate what comes after anger. "Anger is justified," Clark said in an interview about the work. "And then what? I'm much more interested in what happens next. How do we move forward? How far forward have we moved in 150 years?"

For "New Dominion," Clark will join forces with other Richmond-based contemporary artists like Susie Ganch, Ben Durham, Noa Glazer and Hope Ginsburg. We look forward to seeing what myths, traditions and silenced histories ooze forth as the iconic tapestry disintegrates. As Clark put it: "It’s absorbed all this dialogue around me and I want to... put my ear to the cloth and find out what it’s whispering."

"New Dominion," curated by Lauren Ross, runs from June 11 until July 17, 2015 at Mixed Greens Gallery in New York. See a preview below.