Sony's latest gadget looks like a cross between a coffee-maker and a fan, but it's a whole lot cooler (see photo below).

The "360 Degree Stereoscopic Display" unveiled by Sony is a prototype of a tabletop 3D display that can be seen from 360 degrees and doesn't require funky 3D glasses for full effect.

According to Sony's press release, the gadget measures 13 cm in diameter and is 27 cm tall (or about 5 by 10 inches).

So what's it for? Seems that Sony isn't sure yet. Speculations are swirling that the device could be used commercially (for advertising, medical visualization, and digital signage) or in the home as a 3D digital photo display.

Imagine a future PSP shaped like a snow globe, in which images were conjured up in full 3D, with users controlling the action with touch input from the outside. Sony has already said that it intends to build 3D support into its PlayStation 3 games console, Vaio laptop computers and its Blu-ray movie players. 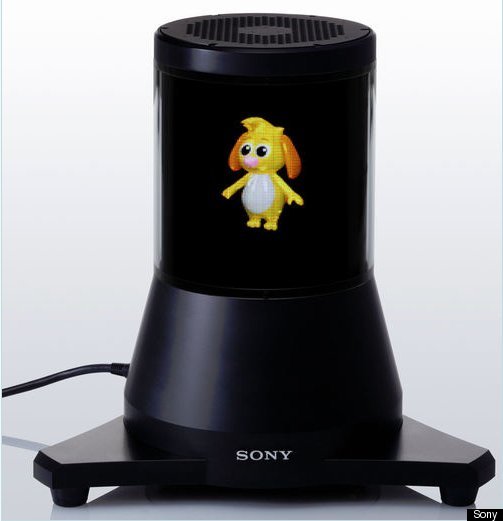