In what is perhaps the first ever corporate blog post to begin with the phrase "pink balls," Sony's President and COO Phil Molyneux has taken to the company website looking for a little help. What, Molyneux wonders on the blog, should he name his pink balls?

With "pink balls," of course, Molyneux is referring to a new set of speakers from Sony, which are shaped like orbs and come in several different colors, including pink. What did you think he was talking about?

At a press event in January to introduce the spheroid mobile speakers, Molyneux enthused that he "carried [his] pink balls with" him "wherever [he] went"; and now, playing on that perhaps-unintentional faux pas, Sony has launched a contest in which users are challenged to think of a good name for those pink balls, the winners of which contest will receive their own set of said pink balls.

Entries are being accepted right here on the Sony website, and President and COO Molyneux promises that he will read every single entry. (To which I say: Pray that news of this contest doesn't reach 4chan). 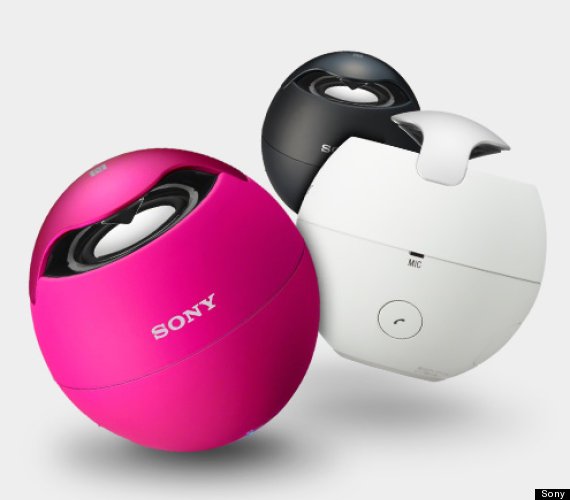 The name, Molyneux writes, should be "clever" and "catchy" like the Walkman (and not, presumably, like Sony's current flagship speaker set, the SS-B1000). The commenter who submits the winning name, as well as four runners-up, will be shipped a free pair of wireless speakers.

Somewhat incredibly, as of press time the 24 submissions have stayed fairly PC. One commenter, Kevin Markussen, did suggest that "Sony Pink speakers" could be shortened to "sphinkters," and we're not sure if Moueska Tonelicci's entry for "Sony Aural" was intended to be suggestive or not. Aside from those two pranksters, contestants have thus far restrained themselves; perhaps they really want those free balls.

(Also somewhat incredible: No one has yet submitted "James Westfall and Dr. Kenneth Noisewater" as a suggestion).

If you have an excellent name for Sony's mobile wireless speakers, you can submit it in the comments section of the blog post on Sony's website. I am confident that all of you lovely people will imagine something far more creative, evocative and profound than Sony ever could have dreamed for its pink balls.