Sophia Grace Brownlee and Rosie McClelland were back on "The Ellen DeGeneres Show" today to share their adventure on the red carpet at Sunday's Grammy Awards.

The adorable British duo are old pros at red carpet interviewing, telling DeGeneres that they weren't nervous but they were hungry. At one point the girls even took a snack break, sitting down on the red carpet for finger sandwiches and juice boxes.

Last week, Sophia Grace blew everyone away with her redition of Keri Hilson's "Turn My Swag On" and the girls learned they did such a great job as "Ellen Show" correspondents at the American Music Awards, they'd get to repeat the experience interviewing celebrities at the Grammy Awards.

Dressed in matching gold and pink princess dresses, Sophia Grace, 8, and Rosie, 5, squealed in excitement when they met Lady Antebellum, Fergie and Flo Rida, and screamed even more when they were reacquainted with Katy Perry and Rihanna. The girls really worked the red carpet and even serenaded Maroon 5 with the band's hit song "Moves Like Jagger."

The girls did such a great job that Ryan Seacrest and Giuliana Rancic might want to watch their backs -- we'd gladly watch the entire red carpet pre-show if Sophia Grace and Rosie were involved. 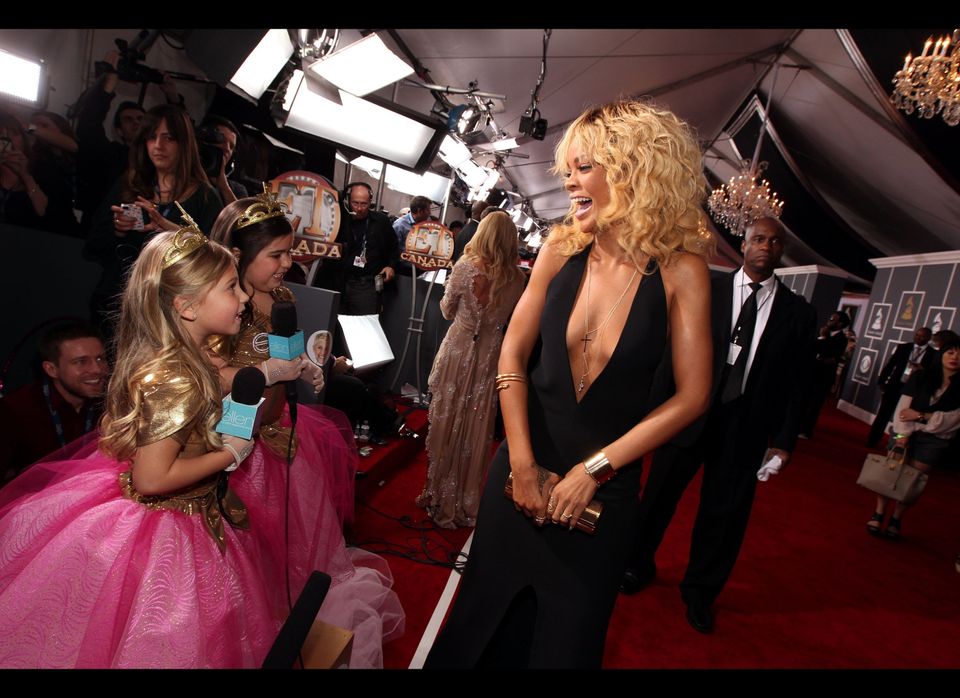