It's hard to remember how you first experienced the world. Back before you'd mapped out your surroundings, when every new turn, every unexplored face, every fresh interaction exploded with possibility and loomed over you with haunting importance.

There are a few ways to re-ignite this particular way of seeing, where everything is raw and big and a giant question mark. One way is to move to a new city. Another is to see through the eyes of an artist who's experiencing the world as such. Today we're obsessing over the meticulous pencil drawings of Sophia Martineck, a Berlin-based artist whose renderings of New York perfectly capture that overwhelmed posture of a little kid in a big city. Her colorful drawings of urban life's ups and downs are making us relive our first New York days in the best possible way. 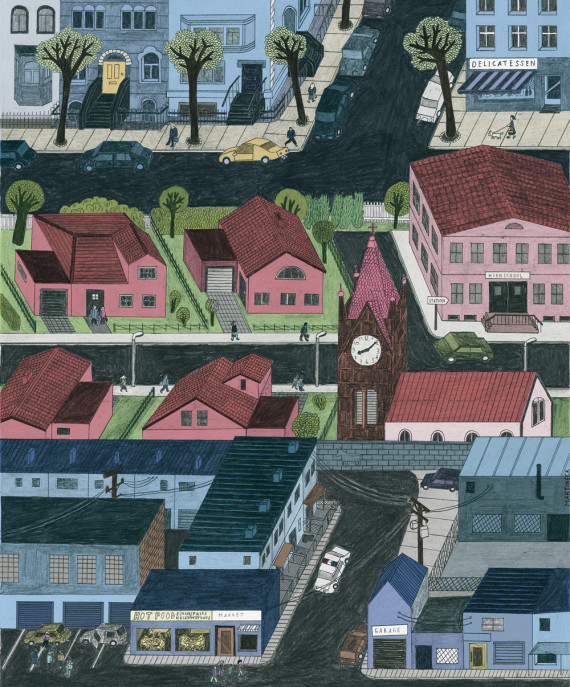 Martineck entered the art world through photography before becoming interested in illustration. "I was 21, in art school and totally lost," she explained in an email to The Huffington Post. "A friend of mine took me to an illustration course. There I found out I was a better at making pictures rather than taking them, so I abandoned photography." She had dabbled in photography as a child, describing the hobby as "more the bad weather option." Now the art form takes up a much bigger chunk of Martinek's life; her work has appeared in publications from The New Yorker to The Financial Times to Le Monde.

It was drawing that brought Martineck to New York, where she was slapped in the face with the rush of newness. "I studied fine arts for one term in New York in 2005. First, it was very scary (flat hunting with rubbish English skills). New York gave me the what-it's-like-to-be-a-newborn feeling. Everything was strange and new and for the very first time. I loved it to have it all to myself." 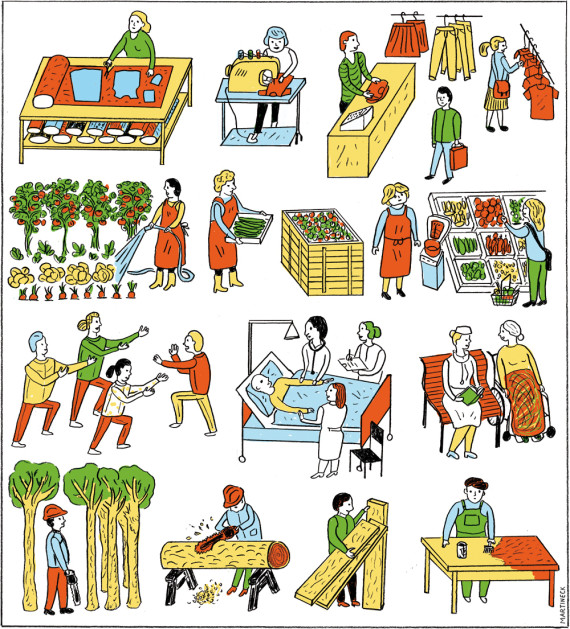 It's this "what-it's-like-to-be-a-newborn feeling" that makes Martineck's drawings so irresistible. Her colorful, flattened images juxtapose everyday happenings like typing on the computer or polishing silver with far more surreal occurrences, such as collecting frogs into a bucket or watching your neighborhood flood. Through Martineck's eyes, it's all a level playing field, every occurrence carries in it something magical.

With a knack for turning what some might think of as banal into a site of bizarre wonder, it's no wonder Martineck works with colored pencils. "Pencil works perfectly for me. It's pure." The humble medium captures that childhood innocence that runs throughout Martineck's images. "Plus, my work fits in my handbag."

Step inside Martineck's pencil-colored universe and experience the immediate emotions that permeate her illustrations. For more things Martineck, check out her reimagined illustrations of classic Sherlock Holmes stories.

How One Artist Got To Know New York City, With Colored Pencils And Paper
P.T. Anderson Movie Posters 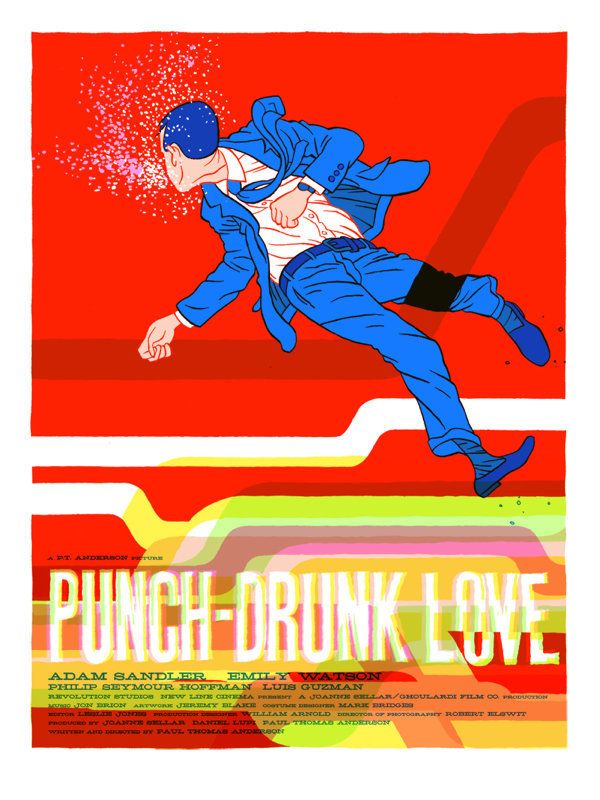 1 / 5
Punch Drunk Love
Punch Drunk Love Artist: Jordan Crane Edition Size: 235 Size: 18" x 24" Screenprint Curator Aaron Horkey writes: "I've stood awe-struck in front of a wall plastered with [Jordan's] amazing screen prints, have been reading his work since his groundbreaking <em>Non</em> anthology and, like a good portion of the population, still don't understand how the hell he made the <em>Maps and Legends</em> dust jacket so it was not a huge leap to think this could be a winner."
Mondo