An inquiry from a hopeful 7-year-old has prompted the Commonwealth Scientific and Industrial Research Organization (CSIRO), Australia's national science agency, to issue an apology -- about the failure to research dragons.

Sophie Lester, who lives in Queensland, had a very special Christmas request, according to the Canberra Times. She asked her parents for a pet dragon.

"Her dad sat her down and said we couldn't get her one," her mother, Melissah Lester, told Fairfax Media. "But he suggested why don't we write and see if someone can get you one? And she said, 'What about a scientist?'"

So Sophie reached out to the CSIRO's experts. 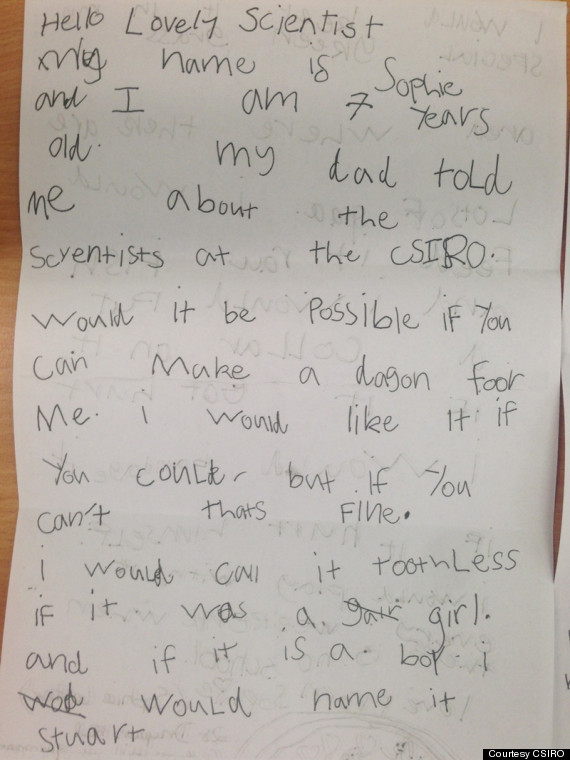 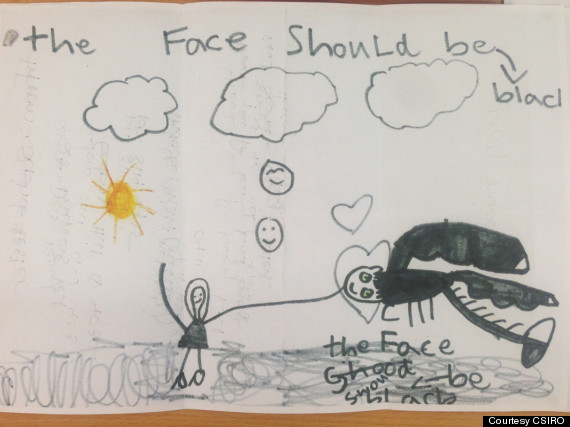 My name is Sophie and I am 7 years old. My dad told me about the scientists at the CSIRO. Would it be possible if you can make a dragon for me. I would like it if you could, but if you can’t thats (sic) fine.

I would call it Toothless if it was a girl, and if it is a boy I would name it Stuart.

I would keep it in my special green grass area where there are (sic) lots of space. I would feed it raw fish and I would put a collar on it. If it got hurt I would bandage it if it hurt himself. I would play with it every weekend when there is no school.

On Monday, the scientists wrote a response on CSIRO's website:

We’ve been doing science since 1926 and we’re quite proud of what we have achieved. We’ve put polymer banknotes in your wallet, insect repellent on your limbs and Wi-Fi in your devices. But we’ve missed something. There are no dragons.

Over the past 87 odd years we have not been able to create a dragon or dragon eggs. We have sighted an eastern bearded dragon at one of our telescopes, observed dragonflies and even measured body temperatures of the mallee dragon. But our work has never ventured into dragons of the mythical, fire breathing variety.

And for this Australia, we are sorry.

But instead of being disappointed, Sophie was inspired.

''All her friends are now saying they want to be a scientist and Sophie says she now wants to work in the CSIRO. She's saying Australian scientists can do anything,'' her mother told the Canberra Times.

UPDATE: After Sophie's letter went viral, the CSIRO was inundated with inquiries about how people could help make her dream come true. The scientists knew they couldn't sit idly by -- so on Friday morning, they 3D-printed Sophie her very own dragon! See how Toothless was made in the video below.