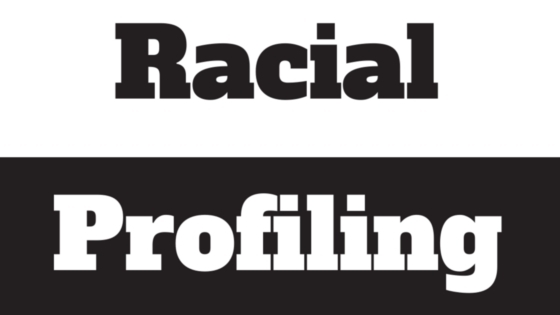 There's no way to ''correctly'' profile someone based off their race. Somehow we do it anyway.

Donald Trump's comment on CBS' ''Face the Nation'' Sunday night addressing the profiling of Muslims as something ''that we're going to have to start thinking about as a country'' were not only racist but quite ignorant; it's already happening!

It was only last Wednesday that a report by Stanford University accused the Oakland California Police Department of racial profiling people based off traffic stop data from April 2013 to April 2014.

But racial profiling is not only related to crime; it carries on farther than that and that is where I take offense.

Trump also added on Sunday that while he ''hates the concept of profiling we have to start using ''common sense'' and ''use our heads.''

Since when is judging someone by the color of their skin common sense?

The first memory I have of being racially profiled goes back to when I was a child shopping with my mother and older sister. I was only 13 or 14 years old, but I knew what was happening when I broke away from my sister and mother and started looking around at a store on my own and was being followed by two of the store employees. I wasn't dressed bad at all, but in a store that was moderately filled with people, the girl with darker skin (darker to that of both her mother and sister) could not stop being followed (even when I joined them again).

During my first semester of college I was shouted at while walking near the school for being "Latino'' and ''not being someone that belonged there" (I went to school in Austin, TX. A city with a population of over 275,000 Hispanics).

The list is endless. When will it be common sense to end this?

You don't have to believe a certain ideology to see this. And while I might agree that there needs to be a stop to it, I do applaud Donald Trump for bringing attention to this -- even if it wasn't done correctly. So I invite you in joining me on Twitter to say what #racialprofilingis and voice your opinion. What are your experiences with it? What are your thoughts about it? Let's start talking!