The Soul Train Awards 2011 aired last night on BET with tons of celebs and star-studded tributes. The show, which taped on November 17 at the Fox Theater in Atlanta, GA, brought out the best and brightest in the music industry and Hollywood.

Sadly some of the nights biggest winners like Beyonce, Rhianna, Chris Brown and Nicki Minaj did not attend the event--leaving not only their seats empty, but also some much needed style inspiration. Though there were a few red carpet standouts (Melanie Fiona, Shaunie O'Neal, Melissa DeSousa and Common), there were also plenty of misses (we'll let you pick those out).

Although Minaj wasn't on hand for the awards, she continued to dominate her male rapper counterparts as she did at the American Music Awards. The eccentric superstar beat out Chris Brown, Kayne West, Jay-Z and Lupe Fiasco in the "Best Hip Hop Song" category with her hit "Moment For Life."

Also honored with tribute performances were Gladys Knight and the group Earth, Wind & Fire-- both were presented with the Legend Awards.

Here's a look at the star-studded Soul Train Awards 2011. Who do you think looks best? 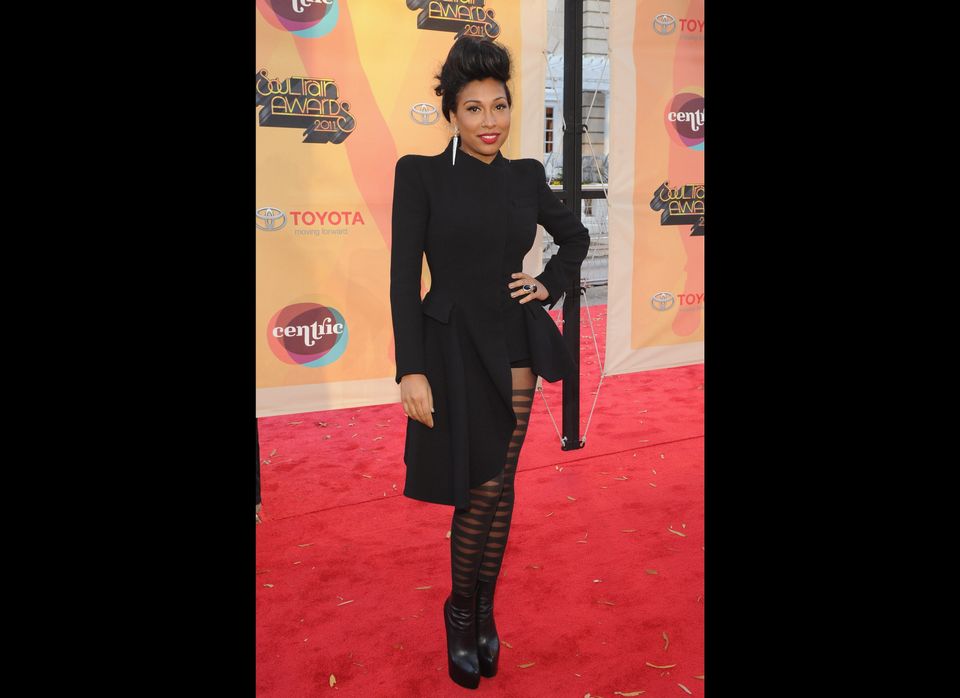