I had to pinch myself to confirm it was true. Had I really won a month of India travel through a contest called "You Wander We Pay?" 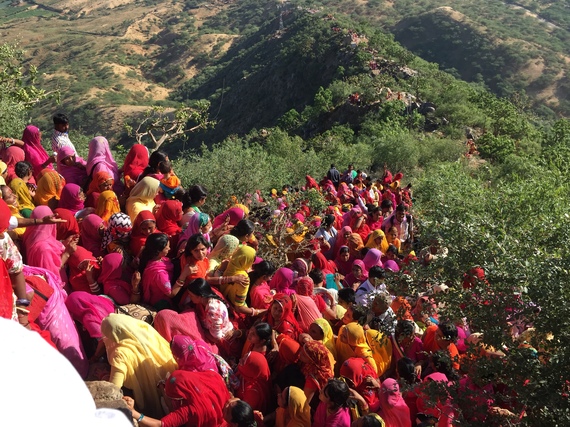 True indeed. Having now spent two months "wandering" this colorful haven, I offer immense gratitude to the universe for this dream trip falling in my path and to the socially conscious, detail-oriented, warm and friendly India Someday team for curating such an idyllic introduction to the magnificent spirit of India. 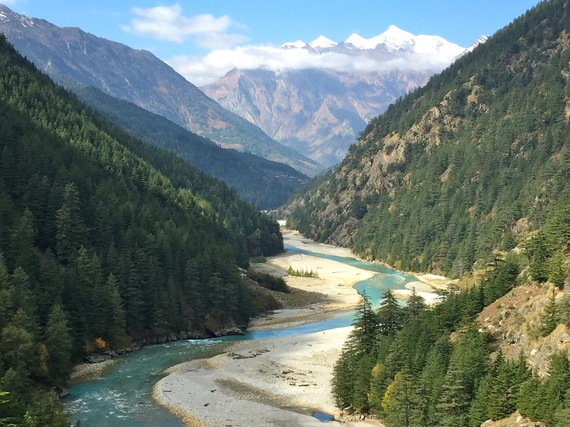 The colors, sounds, smells, flavors, animals, rivers, lakes, mountains, religions, rituals, textiles and most importantly, the people of India, leave me overwhelmed and over stimulated each day I'm here. I've bundled in blankets while gazing at snow capped Himalayan Mountains; I've sweat bullets in the brutal heat of Rajasthan's royal palaces; I've stepped in dung while walking narrow windy streets of Uttar Pradesh and I've made sure my head stayed covered as I slept on the white marble floors of Amritsar's Golden Temple. I've eaten plenty of chapatti, slurped many lassis and even watched my mouth turn red while chewing my first paan. 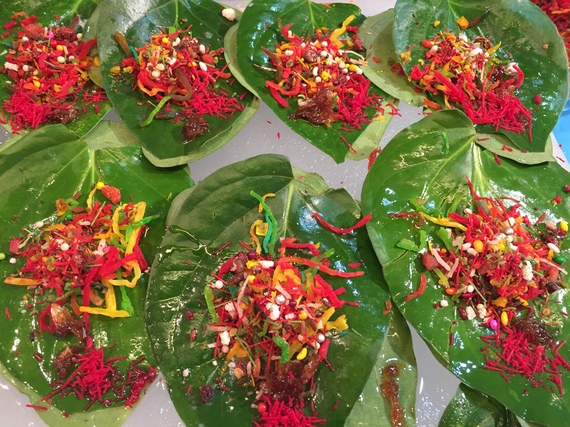 Wherever I go, whomever I'm with, whatever surrounds me, I hear the sound of the jharu, a beautiful grass broom. From the narrow lanes of Varanasi to the restored havelis of Gujrat to the slums of Bombay, the sound of the jharu is almost always present. I see men, women and children of all ages taking a shift with the jharu, sweeping streets, storefronts, temple grounds and of course their homes. 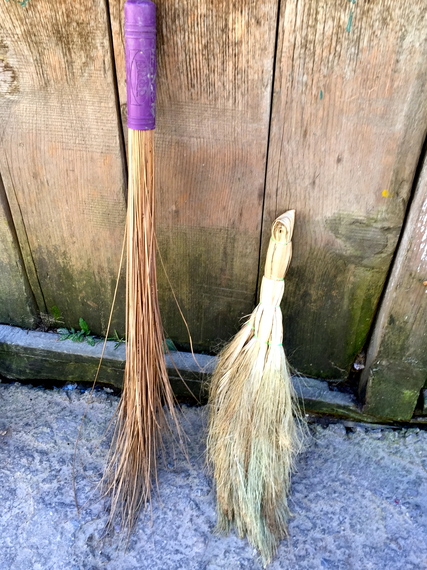 I know sweeping isn't an unusual phenomenon but for me, this call of the naturally-made grass broom each morning (and other times through the day and eve) has come to represent the most prevalent themes I encounter all over this blessed country - the cyclical nature of life; interconnectedness with our environment; intergenerationality; endless rituals; cleanliness; the power of faith; and the incredible, palpable fuel of positive energy.

I finally learned the word jharu while in the village of Tosh in the Himalayan Parvati Valley where I observed folk life and the actualization of community at its finest. Each time I passed the village square in front of the holy temple, looking out to the majestic snow capped mountains, I heard the sound of the jharu, each time a different age group doing the sweeping. A massive communal meal was to take place that eve (happens approximately every 3-5 years or "whenever their god comes and says it is time," they told me). Earlier in the day, the village men, in wool blazers and Himachal style hats tended to three big fires, heating giant cauldron-like pots full of ingredients harvested by each family. The women, all in colorful outfits, sat on the ground, laughter in the air, as they made chapatti. Young boys carried tall stacks of the fresh breads to the temple. With each cycle of the day and with each ritual came another round of melodious sweeping. 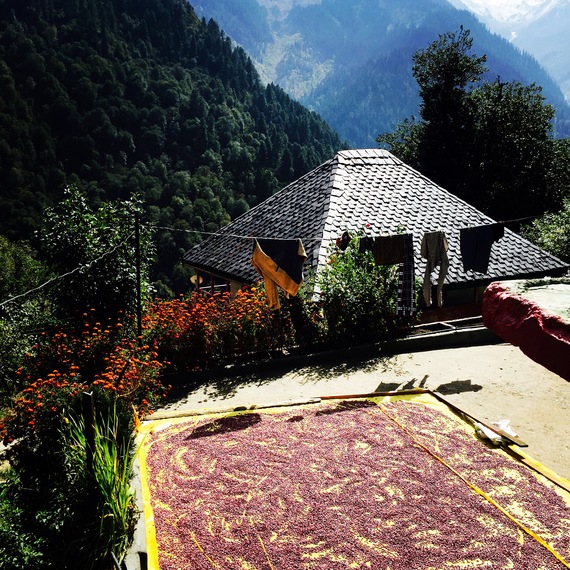 In the late afternoon, I heard the jharu sound coming from a young girl who I had seen in the same spot earlier in the day, sitting with her father and grandfather, each with a sheep in his lap and a woolen hat on his head, their sheers creating a chorus of their own, pieces of wool scattered all around them. As I heard her jharu, I thought of the herds of fluffy sheep I passed on my walk to the nearby waterfall; the goats and sheep I sat with in the open fields staring out to the mountains; the two-day old lamb (with the most precious cry) I held in my arms the prior week; the shepherd who glowed as he showed me each baby; and of course the two sheep I saw be slaughtered down by the riverside, moments later, their parts in a bucket in the wooden store I passed on my way to the fields where yet another herd of sheep was grazing. 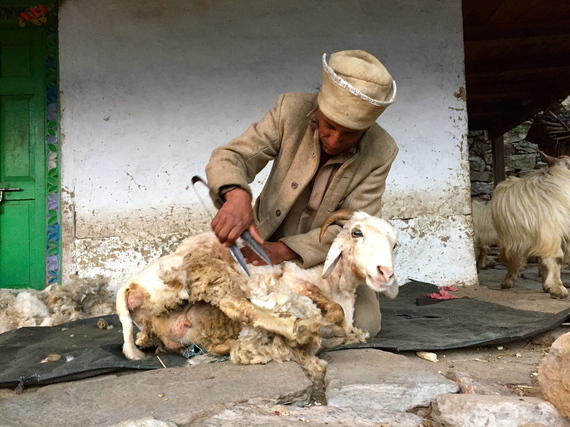 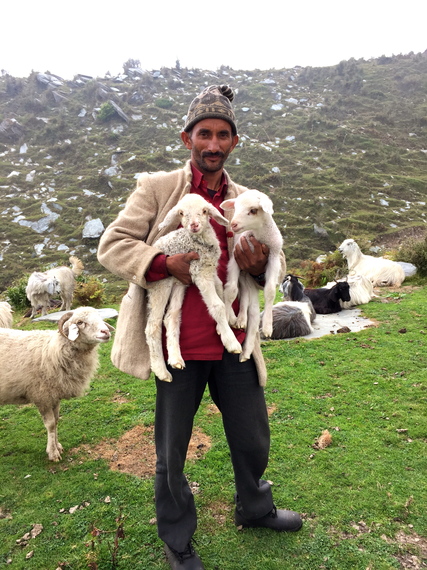 At the many forts and palaces of Rajasthan, I heard the whisps of the jharu as I shared the regal halls with countless families, often five generations together, asking me to pose in a photo with them, a phenomenon I've never quite experienced anywhere else in my travels. I have yet to fully understand it but for now I enjoy these photo moments as an exhibition of our connectedness. 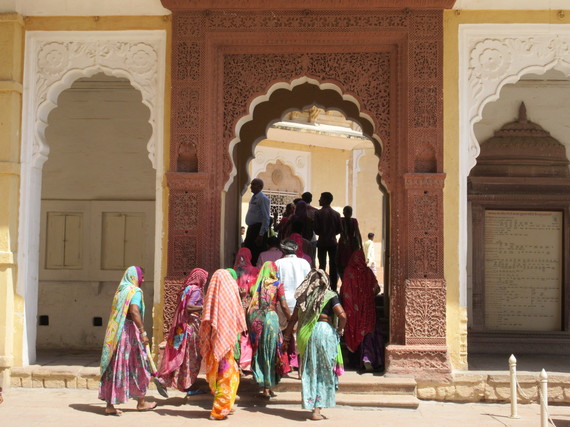 Wherever I slumber, whether a guesthouse in the mountains, a homestay in Uttar Pradesh or a restored haveli in Rajasthan, The jharu sound calls me to the morning light, the natural bristles gently scraping the ground, announcing that a new day has begun, the work of tending to and being nourished from the land begins again, the cycle of succession continues. 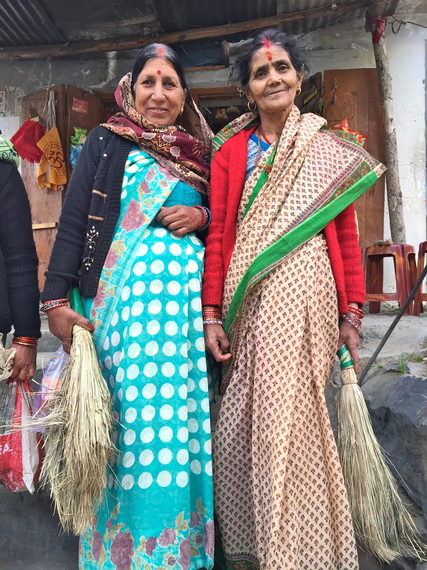 Before my trip, I was warned endlessly about the dirt and filth of India and yes, this anti-plastic fanatic is appalled by much of what I see. 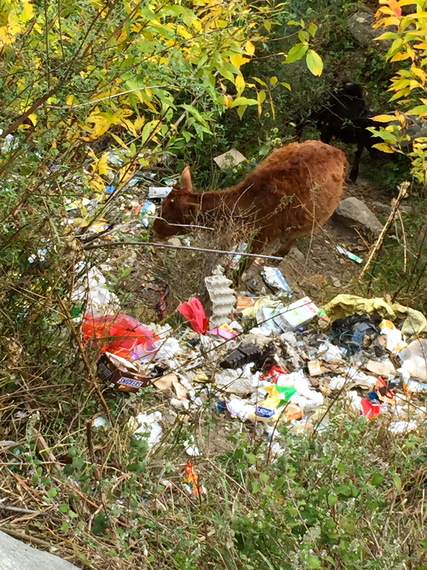 As the song of the jharu sweeps across the country, I also hear and see a different angle to the cleanliness story. From the freshly rained-on slums of Bombay and Ahmbedabad, to the dirt paths of the country's mountain villages and crowded big cities, while I drip sweat and struggle to keep my few outfits clean, I covet how immaculate my fellow women always look. Endless lines of clean colorful laundry consistently decorate each slum, city and village scape I see. While there may be garbage, dung and all sorts of other waste in public spaces (much more on this from me in another piece,) the constant sound of the jharu reminds me of just how pristine it seems Indian homes and temples are kept inside. 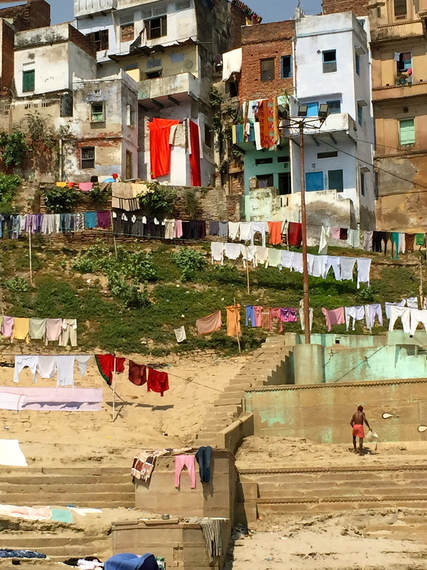 I'll never forget the sound of the jharu at the Golden Temple as I whiled the night away, falling into various states of slumber, lullabied by the amazing forces of positive energy, the chanting of prayers and the indescribable hum of holiness. In middle of the night, each fan was disassembled, dusted and polished, each section of floor washed, and each carpet cleaned - all handled by a steady flow of volunteers. In the open public space outside the temple (an area packed with cars four years ago,) hundreds of people slept peacefully throughout the night, the sound of the volunteer jharu sweepers waking them in the morn. In the langar, the volunteer-run communal dining hall serving 60-80,000 people daily, the sound of the jharu rings beautifully, marking the steady flow and transition between the hundreds of people partaking in the volunteer-cooked meal, each radiating unmistakable, boundless positive energy. 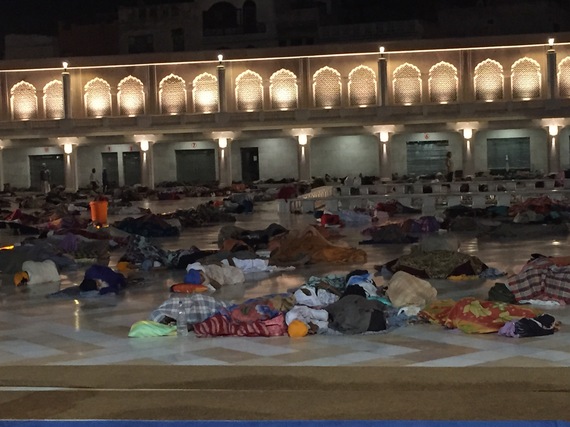 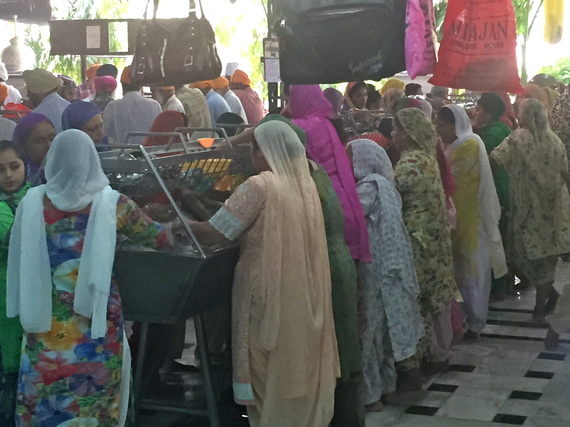 Wherever I go, no matter how loud the horn honking and other traffic noises are, the whishing sound of the jharu, somehow stands out in the cacophony, the sound of the natural blades offering a steady reminder of life's rituals and cyclical nature. 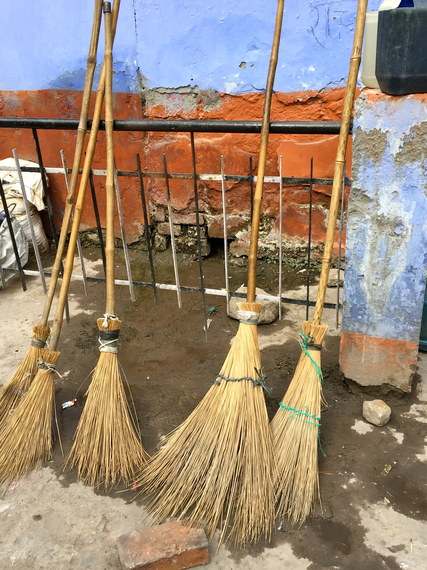 How I wish upon my fellow travelers, from India and abroad, to hear the powerful sound of the jharu as I do, and to carry on the messages of its powerful swishing beat.

With each stroke of the natural grass blades, I hear a call to remember our interconnectedness, the gifts of the natural world (and our ability to keep it clean,) the power of community and the value of positive energy.

Thank you beautiful grass brooms.
Thank you India Someday.
Thank you You Wander We Pay.
Namaste. 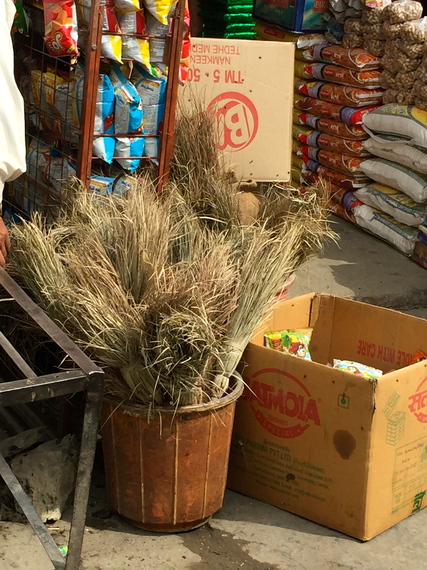