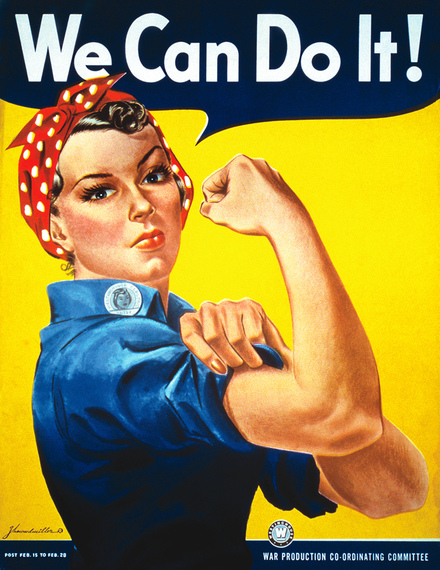 On bases around the US, military officials have released guidance on what military folks can and cannot do during this primary election season, citing the laws restricting partisan activity and giving special instructions on social media.

Embarrassed at my ignorance after 22 years as a military spouse, I wondered, "What are the applicable laws anyway? Do any of them apply to me? Did I break any rules when I sheepishly placed that bumper sticker in my minivan window back in 2012?"

I knew some research was in order.

Thomas Jefferson led the first effort to prohibit federal employees from influencing the votes of others, but it wasn't until The Hatch Act was passed in 1939 that such restrictions were made law. Although the act doesn't specifically apply to military personnel, Department of Defense Directive 1344.10 governs "Political Activities by Members of the Armed Forces," and states that active duty military members may not run for office, participate in partisan political campaigns or speeches, serve as officers in political groups or clubs, march in partisan parades, promote political fundraising events, attend partisan events as representatives of the Armed Forces, or post large political signs or banners in yards or on cars.

Furthermore, the directive also prohibits posting, liking, or sharing of partisan information on social media without an appropriate disclaimer in the post stating that "the views expressed are not those of the DoD." And no matter the venue, if commissioned officers use "contemptuous words" against the President, Vice President, Congress, the Secretary of State or other political leaders, they are subject to court martial under 10 USC Section 888.

I posted the question on social media and got mixed responses. Several military spouses stated that they chose to keep their political opinions to themselves, but attributed their privacy to good taste rather than any obligation to their active duty spouse.

"We are each entitled to our opinions," one spouse commented, "but, we are not entitled to act like jerks."

"Decorum and free thought are not mutually exclusive," another spouse responded.

While another commented that "rarely does respectful dialogue marry with social media," she also acknowledged that military spouses are impacted by legislation regarding pay, benefits, and troop movements; and "... having the spouse stand up to speak in their husband's or wife's stead is only a natural inclination."

One military spouse thickened the plot by asking whether ethics gets "a little tricky" when a military spouse publicly opposes an operation his or her spouse is currently engaged in such as the US missions in Vietnam and Iraq.

Jeremy Hilton, a military spouse, veteran, and military families advocate added his two cents, referring us to a 2013 piece he wrote for Spousebuzz.com titled "How to be a Great Military Spouse Advocate": "While it's always important to pick your battles, I for one have no intention of taking a bite out of a crap sandwich just because DoD tells me it tastes good."

With the discussion's ante upped, Navy spouse Lori Volkman blew us away with an inspiring story.

As a result of those 12 military spouses speaking up when their service members couldn't, legislators repealed the military pension cuts in the Bipartisan Budget Act and #KeepYourPromise has become a legislative watchdog for military families.

"The moral of the story is this: If we had not spoken, who would have?" Volkman commented, and, ironically, we all took a collective moment of social media silence.

But don't expect military spouses to be quiet for long.

Whether written in polite letters to congressional leaders, blasted in all caps over social media, or communicated in the powerful silence of the voting booths, the voices of military spouses will ring through, loud and clear.